It's been a while since my last post and I'm glad to be back. Thanks to all those who cheered me on when I was locked up. Yes, I felt like I had done some terrible deed when I wasn't looking and that's why I was locked out of my Gmail account,  but thankfully my daughter Jackie came to my rescue and bailed me out.
I think that perhaps the server was slow and my impatience didn't help and then the computer got confused and so Google got confused too and locked me out as I kept trying and I had to wait 24 hours to try again and I was making the same mistake again..   Chapter closed..... 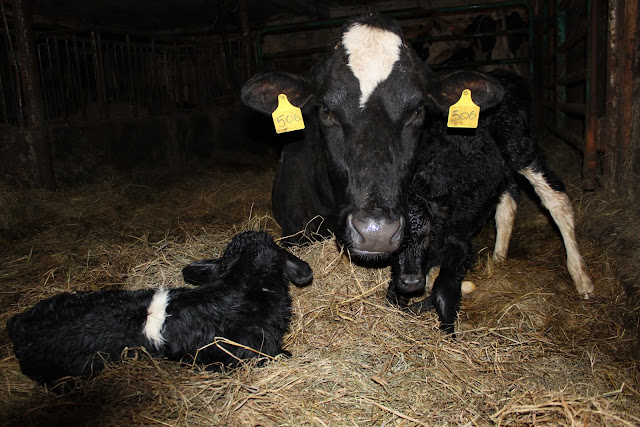 I've have an old cow that was due to calve on the 7th of November and she had difficulty walking and my husband brought her in the calving pen last Thursday. On Friday she couldn't get up and the vet said to give her calcium, which  my husband did with no improvement then the vet came and said that her calf was alive and he treated her. Saturday there was no improvement so the vet came  and couldn't determine if the calf was alive as the cow was down so he couldn't check. All this time the cow was unable to get up but ate and drank well and pooped too. I've had to fork tons of bedding hay to keep her pen as clean as possible. Yesterday the vet gave her some injection to induce her labor and my husband repeated the injection last night. This morning her water broke at about 10 o'clock and still no calf. Late this afternoon my son came to pull the calf with a chain and there was another water bag and  he broke it. I told him that her water had broken in the morning so he realized that she was having twins. At this point we could see two feet and as I'm holding the chains I saw the hooves twitch so I knew that this one was alive. As soon as the head is out I cleared the membrane and the bull calf is pulled out and I clean the mucus from his mouth and nostrils as it's trying to breath on its own.

Then the chain is attached to the other feet and it too is pulled with the pulley and the same mucus clearing is done. This one is a heifer, therefore a freemartin  She will be sterile as the male testosterone are intermixed with her hormone. They will both be sold. 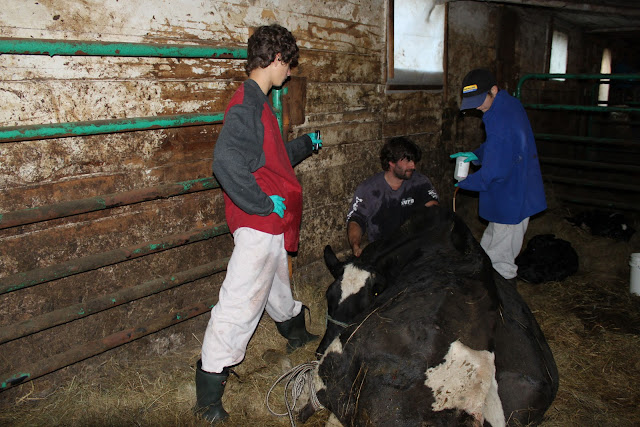 Here my son and two young helpers treating the mother cow in her neck vein. Her head has to be tied so she doesn't move. My grandson was also at the farm today  to witness these birth but was picked up before this shot was taken. They were shadowing a farmer for career day. I'm not sure what title the school uses  for this project. Kids have a day off from school to see what it's like to shadow some worker all day.

I've been in the pen with this cow feeding her and  giving her water  without fear because she couldn't get up  but she let me care for the calves right beside her head without pushing me. She was licking them and seem totally unconcerned about my presence. Luckily I had saved some cholostrum milk  from the last cow that calved to feed them. I got home at 7:00 pm from work.

I know that Halloween is passed but I wanted to show you some pictures that my daughter sent me  of my grandson. 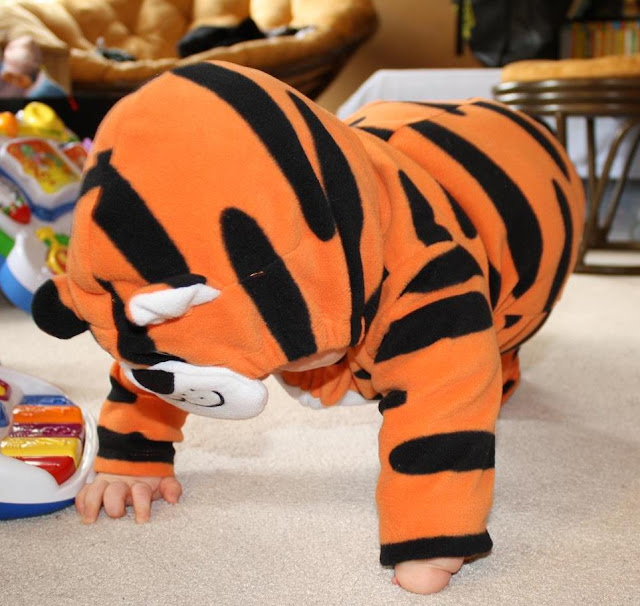 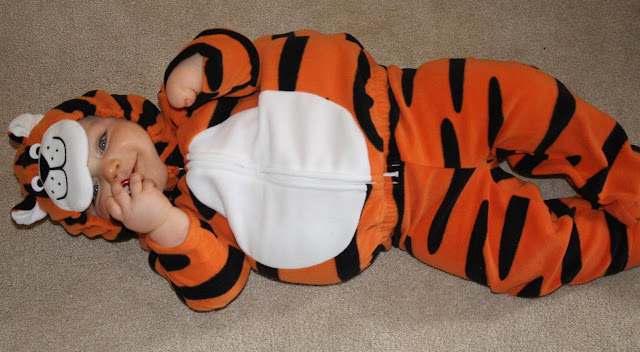 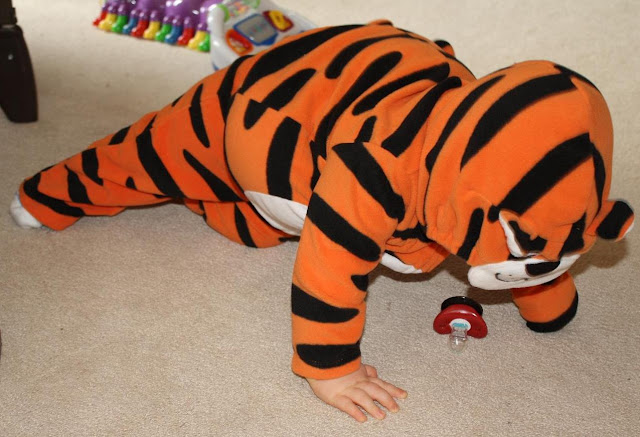 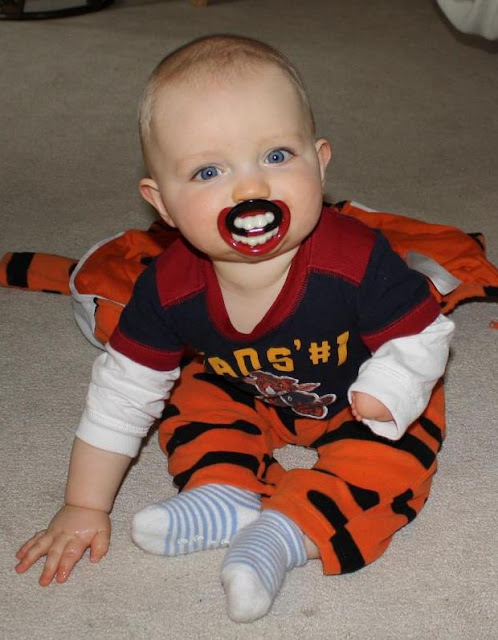 Little tiger showing his big teeth. This is where I just cracked up... 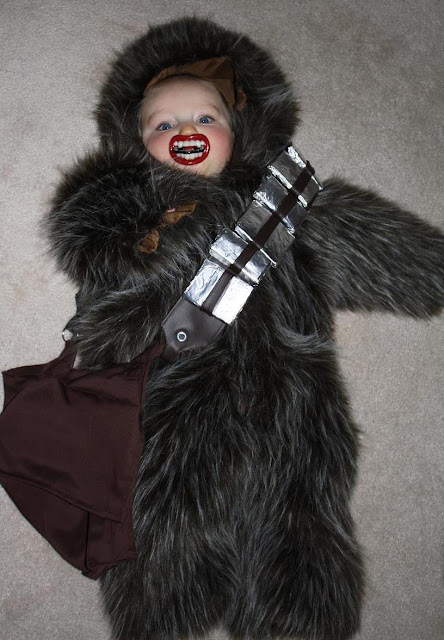 This is his Halloween  costume that my daughter made . It's Wookie from Star War.  He went to an office  staff party accompanied with his dad and again won best costumes this year and $100.00 gift certificate.

This is my son in law in his Solo costume  from Star War that my daughter made this year. Now I'm off to comment on some blogs that I didn't get around to visit yet.
Thanks for dropping in and please leave a comment.
Posted by Julia at 9:35 PM 22 comments