AN EXPENSIVE POOP FOR VICTORIA


An update on the little Royalty.... This week I've been worried about Victoria as she has stopped pooping although she was still eating well and sleeping well and even purred a lot. I imagined that she must have been a bit uncomfortable so Wednesday morning I made an appointment with the animal hospital just up the road for 2:40 PM.

The vet examined her and he had an animal paediatrician examining her too and they kept her a little while, about 10 minutes, to try to make her poop but nothing was happening. This was the 6th day that she had no bowel movement. They told me to keep doing what I was doing and feed her at least every 2 to 3 hours and they charged me $83.51 dollars to continue doing what I was doing.....    Friggin highway robbery... No wonder people don't want to bring their animals to the vet.

Well today was day 7 and her little belly was getting bigger and she wasn't as active so I put some Canola oil up her butts before I fed her and she ate well and then I put her in a low cardboard box with a cloth on the bottom to see if she would poop. She looks like she was going to do it, but nothing... She was  meowing and wanted to be picked up. 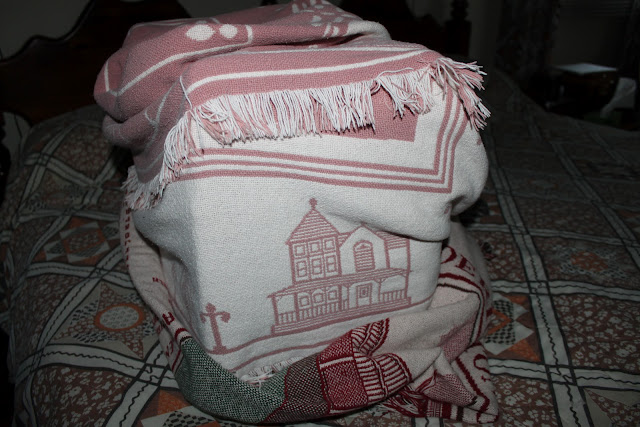 This is where Victoria sleeps. I keep a heated Magic Bag between folded old towels and put a clean cloth on top every time I put her back to bed. I cover her and she starts to purr. The throws keep the heat in the box for a long time.

I picked her up and carried her upstair and put her in her warm bed then I noticed a smear on the cloth I was holding her in to carry her upstairs,  and also on my top. It smelled like #1 and I checked her bed and it was clean.

Then I saw it on the bedroom floor, a fair size gold nugget. I was ecstatic but flushed it down the toilet. Hooray for the Canola oil trick. As I returned to the kitchen to clean her bottle I found another nugget on the kitchen floor. Then I remembered the old fart rymn. Here I sit broken hearted, spent a dime and only farted, yesterday I saved a dime and s... in my pants. Only it was $83.51... lol 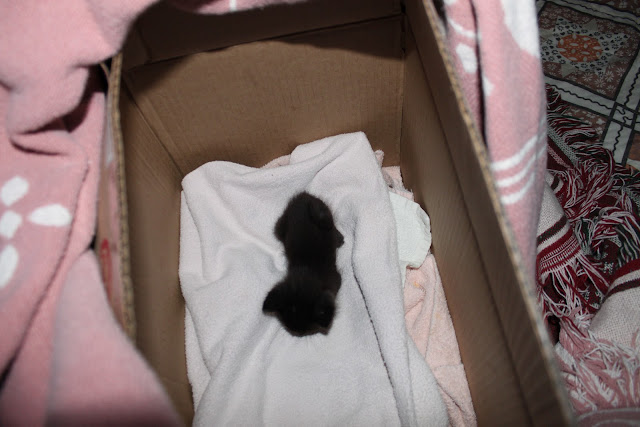 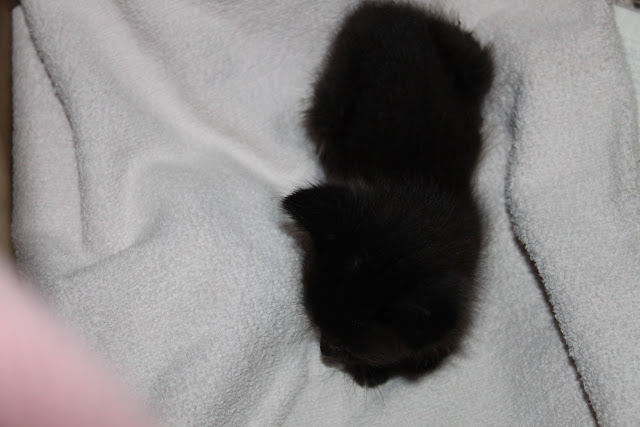 In for a closer look.  She started to wake up with the camera flash. 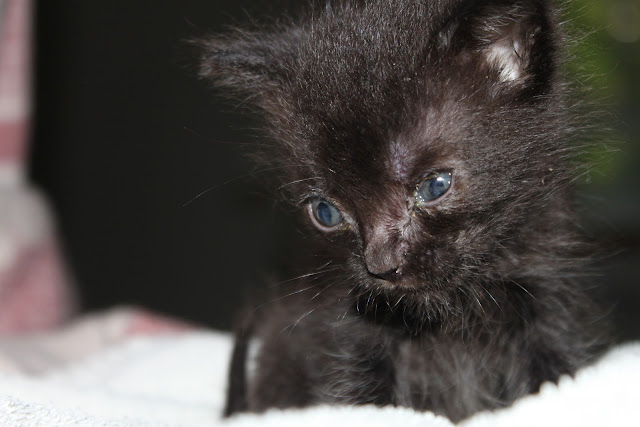 Victoria is still half asleep and and needs her eyes washed with warm water.  Doesn't she still looks evil...lol... Her eyes are still not bright.


This evening  she moved her ears  in response to noises  so she's about two weeks old and recognized her bottle and reached for it with her little front paws impatiently. I know that she is already spoiled.


Thanks for dropping by. I've had a difficult time to make my rounds of blogs  as Victoria takes a lot of my time but I get there sooner or later.  I enjoy receiving your comments.   JB
Posted by Julia at 10:21 PM 21 comments