GOT ME ONE OF THOSE KEURIG MACHINE

I had so much fun with that Keurig machine while at my daughter and son in law lately in Ottawa, that I decided that I was going to get my own. Making coffee or  tea has never been so easy. It's not an identical machine as theirs has 4 sizes of cups to choose from and mine has 2 sizes which is fine by me. 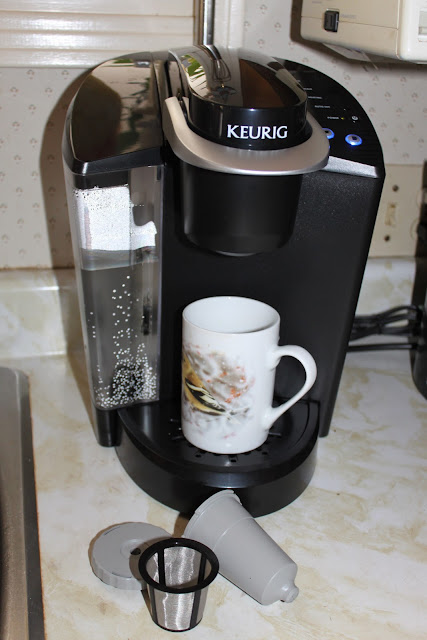 It can get expensive buying all those pre-measured gourmet coffee pods so being frugal,  I decided to also buy the little My K-Cup filter so I can use my own regular coffee. It works like a charm and I love it. All you do is measure the coffee in that tiny filter and snap it in the holder and put the cover on and  chose the size cup and in seconds I have a nice cup of hot coffee and there's no waiting.  It's great for busy people who love their coffee in the morning. 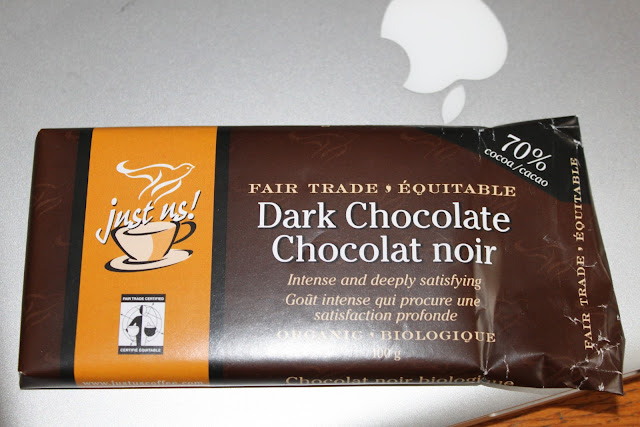 A  lot of you know that I can't have anything with soy or soy by-product and that means that there is an awful lot of food I can't have because there is soy in just about everything.  I've been craving chocolate for a long time.... did I say CRAVING just because I couldn't have any, ha,ha,ha.

While I was getting my little coffee filter today I saw some dark chocolate by the Keurig machines. All the other dark chocolate I've tried so far all have soy in them but not these. Instead of having soy lecithin as an emulsifier, they have the old fashion cocoa butter. I was elated... I bought two and did a happy dance. A little bit goes a long way. It's fair trade and also organic but not cheap.

I pulled a few hoops today on my Childhood rug and I plan to pull some more tomorrow until I get back at it full swing. No pictures... 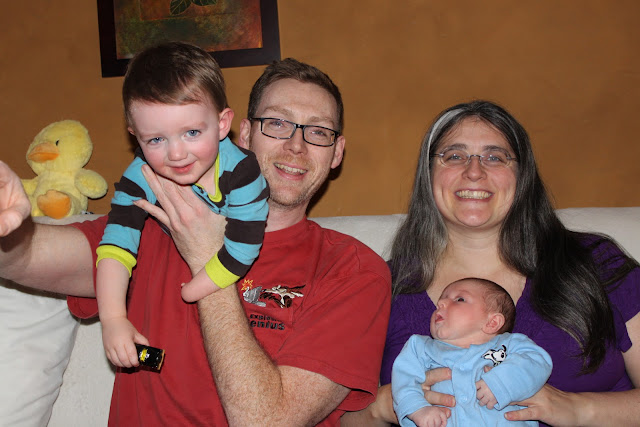 Here is the first family photo with all four family members present. Photographing kids is like photographing  calves. They never stay still or look where you want them to look.
James was not cooperating at first but soon was smiling for the camera, thanks to playful daddy as little brother Daniel looks on. 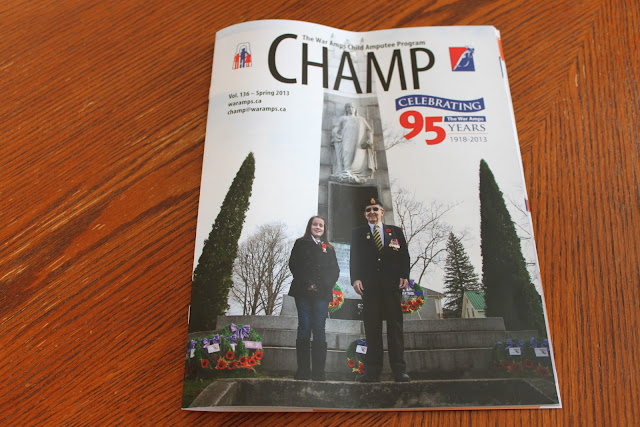 This is the War Amps Child Amputee Program magazine called CHAMP. In it are pictures of child amputees that the Warm Amps Charity help through their programs. They are an amazing charitable organization and I support them with a donation every year. 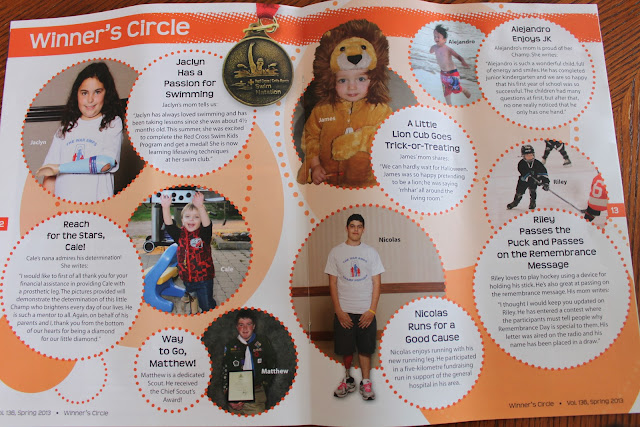 James is part of that program and this year his picture was chosen  for the magazine along with many other kid's photos. You may remember him in his Halloween costume dressed as a little lion cub for Trick or Treating. 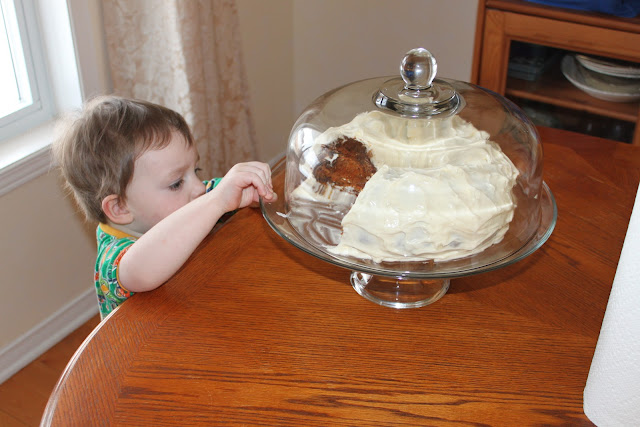 A little man with a sweet tooth after a carrot cake for Easter. 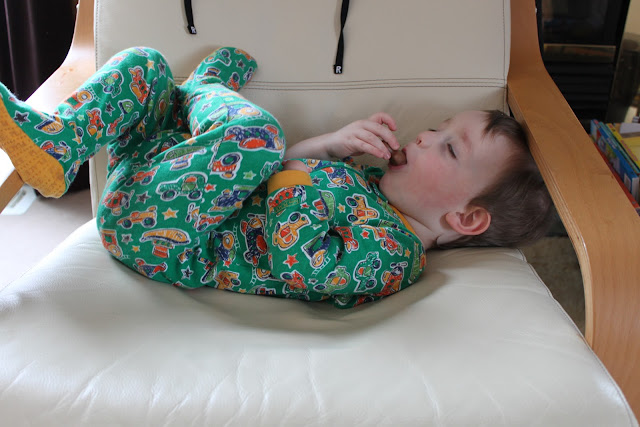 James found a small Bunny Chocolate on the window sill  while looking out for a real bunny that sometimes comes around the neighbourhood. He had his fill of chocolate Easter eggs that morning. 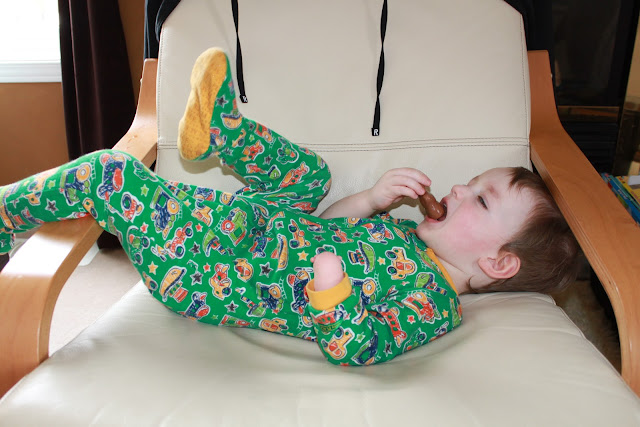 You can tell that he's enjoying his chocolate bunny.

That's all for today, but I still have more pictures in my file folder for later. I hope that you are not giving up hope that spring will come. My tulips are finally poking out of the cold wet ground and so are some daffodils. It's cold tonight so O'm putting an extra blanket on my bed. Good night.
Thanks for stopping by. I so enjoy your comments.
JB