ARRIVED HOME TO A BIG HOLE IN MY HOUSE

Several years ago I hired an interior decorator from a paint store to help me with choosing paint colors for my large open plan house and I wanted the colors to go with my home made drapes in my living room.  I ripped all the somewhat beautiful wallpaper to make room for plain paint.

I told her of my plans to put in two windows in my dining room but she told me that it would throw things out of balance and not to put them in.  Being a bit taken aback with this comment I thought that I might think about it some more. After all she is supposed to be an interior decorator, a know it all....

Well... interior decorator my*** .  Enough is enough of being in a dark corner, I went ahead and hired my uncle as contractor to do the job.  He ordered the two windows from a reputable business and they said that it would take three weeks before my windows would be in.  That's great, I'm not in a rush. I'm thinking that the windows will probably be in in about a couple of weeks,  When I had my uncle renovate one of the bathroom the store where the shower was ordered said that it would take about 10 business days before the shower would be in and it arrived in less than a week.

I waited, waited.... and waited.. and finally a month and a half later the windows are in.  If you got Barbies minding the counters ... well I guess Ken needs a job too. So this Ken doll forgot to send the fax order to the manufactures.  He must have forgotten to push the SEND button...

I've been waiting for this for at least a month and a half. Finally got word that they arrived  and my uncle was installing one this morning at 8:00am.  I trust him so I didn't mind having him around my house while I'm at the barn. 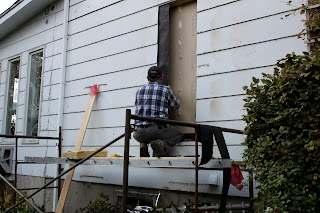 When I came home from the barn, there was a big hole cut in the siding, and although it wasn't all the way through I had at least a hole started. 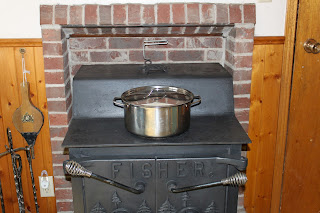 It was rather cool and my arthritis was acting up so  I decided to make a pot of soup on the wood stove for supper. So I lit the stove and simmered the chicken and prepared the veggies. I used up the rest of my tomatoes that were sitting on my counter.  And we had a yummy soup ready for supper when I got home. 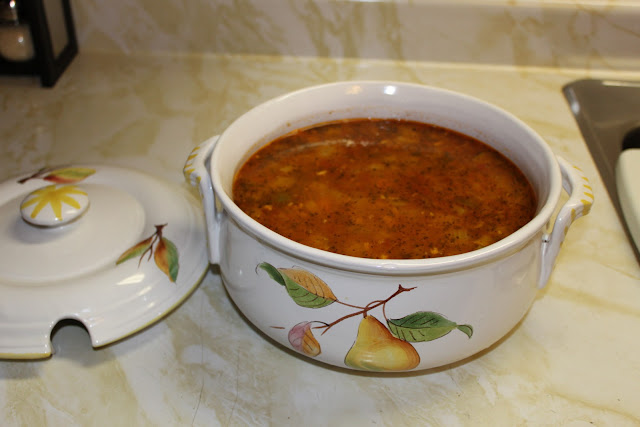 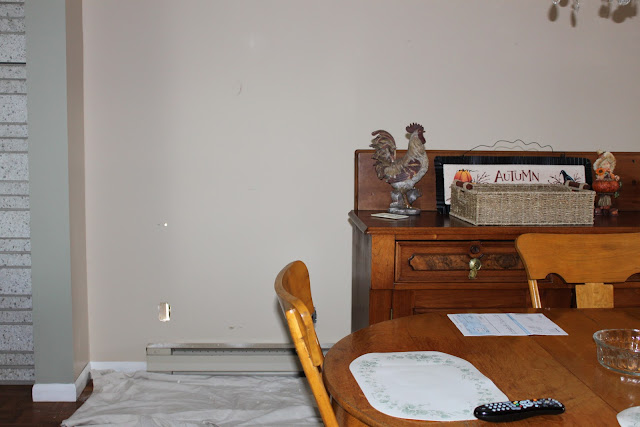 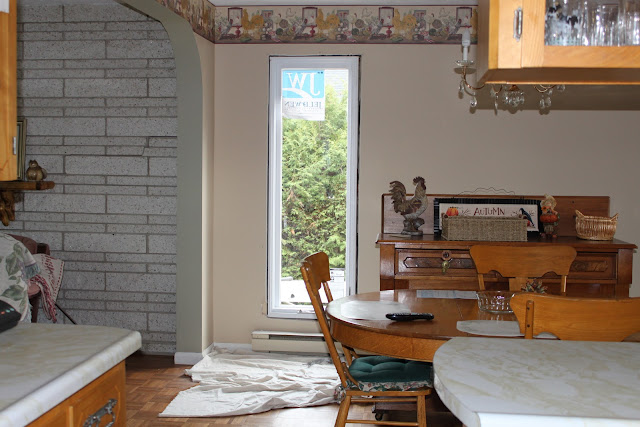 After only one window,  what  a difference. The trim is still not on. It's supposed to rain tomorrow so I have to wait for a nice day for the next window to be put in.  This window is triple glazed and opens with a crank.  JB
Posted by Julia at 11:08 PM 15 comments