You know it's Fall when the mice comes marching in...
Friday night I was at the computer when I thought I heard a scratching sound... can't be.... I waited to hear some more scratching and the only noise I heard was my husband snoring in his recliner and I dismissed the noise as my overactive imagination.

You see a few days ago I found the basement door ajar and although the garage is locked up, mice can come in through a small opening and run downstairs to the basement.  It has happened once many years ago when one of my student didn't quite shut the door tight even though the lock was engaged.

Saturday morning after breakfast, I tidying my counter by the phone when I saw a few mouse dropping against the basksplash. They were so small, it looked like they came from a starving mouse. I promptly disposed of them and sanitized my little counter.  On my grocery list was MOUSE TRAP.

I did grocery today and bought a bunch of banana and as I was in the process of removing the single banana from my banana hanger thingie to hang the fresh bunch, I saw a few more fatter mouse droppings. I could see that the Ms. or Mr. Mouse had dined on my banana and had eaten a fair portion in the back of the banana... Oh yes, the guilty party hid their misdeed  so I couldn't see the damage but Ms. or Mr. Mouse don't know who they're dealing with... I'll get them sooner or later and I hope it will be sooner...

See... I set a trap, wrote them a note to welcome them and I even left them a snack of cheese on the nice little trap hoping they like the cheese I bought on special. 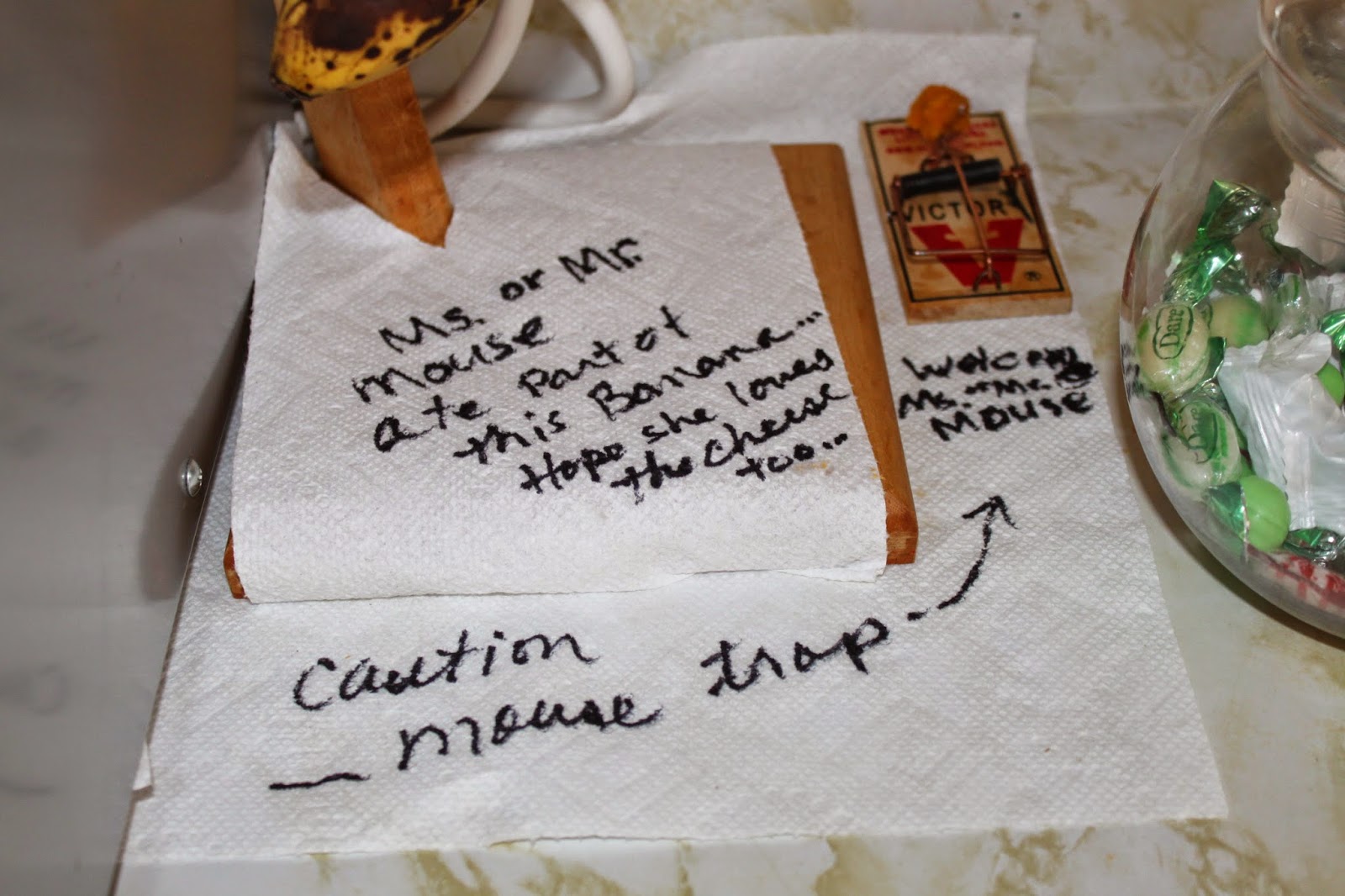 Well truth be said... i wrote a note so my husband would not eat that special banana.

Yep, Fall isn't even officially here yet and they know it's time to search for warmer housing.

I appreciate your comments. Thanks for visiting and come again if you're not a mouse.