UPDATE ON MY ACTIVITIES

I've been working on and off in between raindrop and got my long daylily flower bed weeded again, at lease the all the chickweeds that re sprouted. There are a few minor little weeds left and they are not in seed yet. 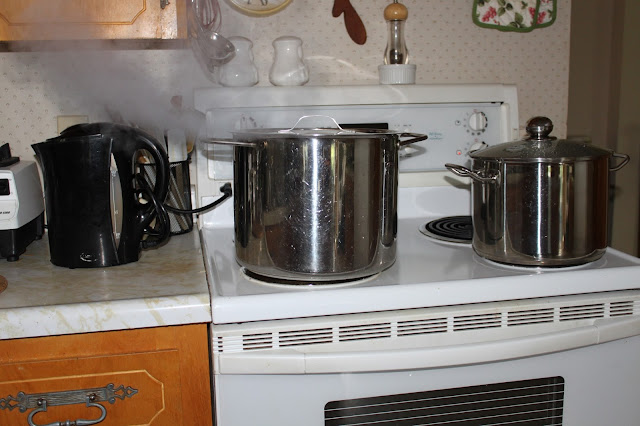 Boiling water to kill weeds is a bit extreme but it calls for desperate measures. 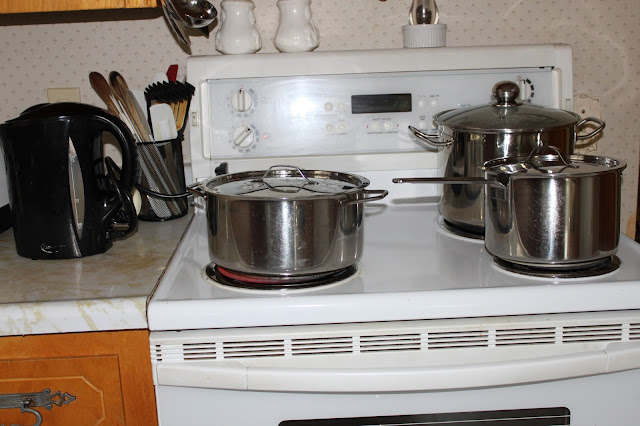 Today I did a different kind of weeding. I boiled pots after pots of water to pour on the weeds in the cracks in the pavement and along the flowerbed by the rock wall and I even used the electric tea kettle. Good thing I have an exhaust fan in the ceiling to suck up all the steam outside.

The boiling water kills the weeds and leave no undesirable toxic residue. It may need another application later on.  I should have done this a long time ago. It's a lot of work filling and carrying heavy pots of scalding water outside. I had tried this method a couple of weeks ago on the weeds by the back door and it's still weed free so this will be my method of choice for killing unwanted weeds between pavers and patio blocks. I have a large area to cover so it will take me  a while. 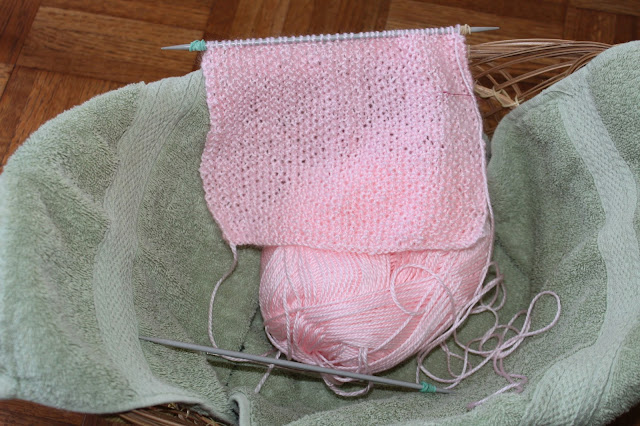 I'm making a little progress on my pink scarf for Cancer Survivors as promised to Yaya  of        Whispering Pines blog. She is collecting pink scarves for cancer survivors and my good blogging friend Donna is also a friend of Yaya and a breast cancer surviver just like me.

I placed a little red thread marker last evening and I can see my progress better. I'm slow at knitting as it's a purl one, knit one pattern. I'm using a soft baby yarn and it makes the progress slow also. For some reason, my hands and shoulders feel numb while knitting and hooking recently. I knitted a little  today while waiting for my water to boil and had no numbness. Maybe it was all that steam in the kitchen, he, he. 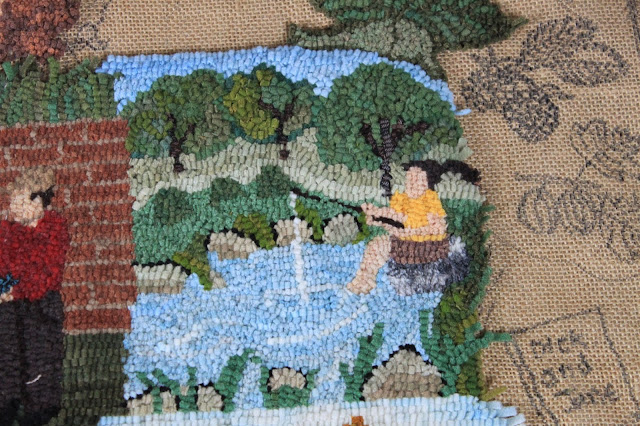 My Childhood Memories rug is slowly getting hooked. I'm using mostly left over worms  to thin them out. For some reason, this vignette of the fishing girl is pastel. 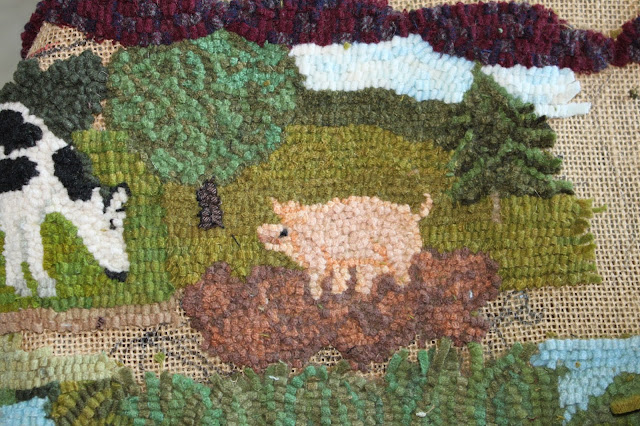 Now for that naughty little fat pig in his mud puddle that gave me so much chagrin.  For some reason, he was a bugger to hook. I made him bigger than reduced his size and I reduced him again.I've decided in putting some grass behind him and he's standing out better. I'll admit that I had to dye some brown for the mud puddle. I'm not quite done integrating  the pig and the cow vignettes. At least I don't feel a hooker's block now. 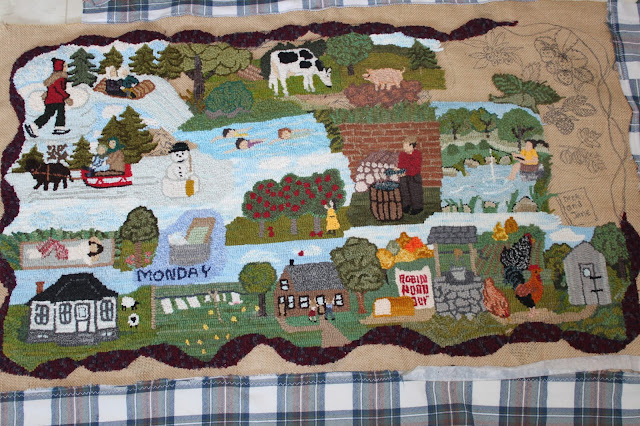 This is an overview of my rug as of right now. I'm always wondering if I should straighten out the water  where the three swimmers are in. I had done it this way on purpose and it bugs me now... That vignette is a bit on the slant. I'll see if I can pull a few worms  and replace them with water.

Thanks for visiting and for leaving some feedback.And to my American blogger friends, have a Happy 4th of July.
Stay safe and have a great celebration.
JB