IN AN INSTANT, OUR LIVES HAS CHANGED FOR EVER

On October 18, my somewhat normal life came crashing down. I arrived home from the barn after dark and was a bit late. I was met at the door by my husband George. He held out his arms and delivered the news to me as gently as he could, of our beloved  Nicole passing away in Glasgow, Scotland. I was in shock,  disbelief and denial. It just couldn't be. Oh God, oh God, oh God,  no, no, no, it can't be. That's impossible...  This can't just can't be.... I wailed... I wanted her brought back home. Loosing a child at any age is so very difficult. We expect parents to leave us first, but not a child. 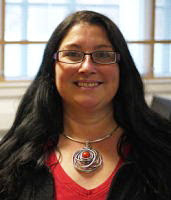 Nicole was so full of life and enthusiasm about everything and everyone. She had just finished painting her flat.  Had returned from a week in Berlin,  had gone to Spain to volunteer at the Pilgrimage Office  of Santiago De Compostella, and had just returned from Virginia USA from a symposium on pilgrimage study at the College of William & Mary where she made a presentation.   This was the third year in a row that she was invited to the college to make a presentation as she was considered an expert on  pilgrimage. She was to return to teach  her PHD's students in Anthropology early in November.

Just days earlier we had been in contact like usual by email. My two other daughter were always included in the emails and we replied or commented on each other's discussions.  I always ended my emails with  I love you....
She had made plans to come home and spend some time at the cottage at the lake this coming summer and everyone was looking forward to it.

As soon as I realized that she was gone, I asked George to call our youngest daughter Christine in Ottawa and I was going to break the news in person, to Vaughan our son who lives next door and  our daughter Jackie who lives about 10 minutes drive from our house. I'm glad I did as the news was so very hard on everyone. As I entered the house, I was greeted with smiling faces and  one by one they said, Hi Mamoo...   As I shared the sad news, my throat felt restricted and my words were barely audible but they were heard from the deepest part of everyone's soul.

Jackie's agonizing screams filled the room, with such pain and disbelief. I held her for a long while, and everyone were dealing with this unbelievable news in their own ways. A very sad way to end a normal day. After a while, I returned home in the darkness of the night. It felt so unreal, like a dream from which I wanted to wake up from.  Everything changed the moment we received this tragic news.

There was a message from the Glasgow police constable on the phone and we had to wait till the morning to return their call. In Glasgow, they are four hours ahead of us...
We were assigned a very nice  lady liaison  police constable to help us with information we needed. Her heavy Scottish accent was a bit difficult to understand and there was so much information. I asked her to send the information by email and that was so much better. Then there were constant phone calls and emails from  Nicole's colleagues from the University of Glasgow who wanted to help in any way they could. They would make hotel reservations, pick up at the airport, transport them when possible, even pay for their accommodations and taxis or anything else that was needed.

George's passport has expired over a year ago and he needed to reapply for one but mine has expired less than a year ago so it needed only to be renewed. In order to get the passports in urgency, we needed a letter from the  High Commission of Canada Consular Services in London.  This was sent in a PDF file so I had to print the document from my computer and bring it to the passport office.  Passport photos needed to be taken.

George needed to have two unrelated people sign the form and one had to have a valid passport and needed to sign the back of one of his passport photo.  We finally found his accountant who was able to help us but his passport was at his house and not at his office downtown. He called his son and Got the passport number, date of issue and expiry date.

To speed up the process, we needed to pay an extra $50.00 each for each passport.  My husband had cash, but they didn't take cash... I used my debit card and paid for them both. We both renewed our passports for 10 years.  Our passports were applied for on Thursday and they would be ready for pick up on Monday at noon, otherwise it would take 10 days. What a complicated procedure it is to get a passport quickly.

George wanted me to go to Glasgow with him and Christine. Jackie also wanted to go but her passport would not be ready on time.  I decided that someone needed to stay home to take care of the farm in case something happens and to be a contact. Once we had a date that the passports would be ready, Christine arranged for the flights. She would fly from Ottawa to Halifax and her dad would fly from Fredericton to meet her in Halifax, from there they would fly to London and then to Glasgow. Scotland.

Christine paid for all the flights and made arrangements to stay in Glasgow for 10 days.  I printed the itinerary and gave the document to George to look at. They were flying on Tuesday  October 25.

On Monday October 24, I went to pick up the passports and doubled checked the name to make sure everything was correct.  I noticed that the passport had only one name instead of the full name and I checked the itinerary had his full name. I told George that he will not be able to get in Glasgow with different names. They both need to be the same. I emailed Christine and she quickly fixed  the itinerary with Air Canada and I printed the new itinerary. A good thing I noticed it as it was almost time to leave.

The night before he was leaving, George got a call from John Deere Dealer in Woodstock N.B. that his tractor was repaired and needed to be picked up. Also the vet called to say that she was  coming do do herd health at 9:00am on the 25th. Herd health is when they check all the cows for pregnancy.  He told them that she would have to come at 8:00 am.  He milked the cows in the morning,  got through herd health and came home. I made a sandwich and a mug of coffee and he was off with his friend with the truck and the flat bed to Woodstock New Brunswick,  and two and a half hour later he had the tractor back on the farm.

He had advised his bank that he was going to use his Visa in Glasgow Scotland and a teller typed something in a computer and when he went to use hiss vVisa , it was rejecting his transaction so he needed to go back to town to the bank to get this fixed. Just what he needed... While there he also bought travel insurance.  He needed a hair cut so he had to get across town to his barber.  Meanwhile he still  had not packed his luggage and I did that for him. The only thing I forgot was his cell phone charger.  By now, I was almost chewing my nails... I think a good drink of Scotch Whisky would have been what I needed but it was time to get to the barn. lol... Living with a Last Minute Man is really hard on the nerves...

Wait a minute.... Christine reminded me to make sure that he took a shower before leaving and I did...  and  he barely made it to the airport in time to make his flight. The airport is only minutes away. A very good thing... I had to get back to work at the farm so George's sister Pauline whisked him to the airport and off he went.
Now, I'm breathing a sign of relief...

There's more but it will have to wait. The important thing is that he's off to his destination for now.

Thanks for reading just in case someone finds me here.
Hugs,
Julia