I'VE GOT SOME CATCHING UP TO DO, IT MAY TAKE SOME TIME...

After getting 33 comments  from my dear blog followers to keep on blogging, I take that as a hint that you want  me to swallow my pride and keep on blogging. It's awesome to have such support and I hope that you never have an accident like I did.

This is my first post since the nasty accidental DELETE of 24 of my blog posts. I wanted to wait to see if my son in law could tell me how to retrieve all my lost posts and put them back on Blogger in the order they were posted but he's busy and since it's a problem that he has never had to deal with before he thought that it would probably be time consuming and he's probably right... 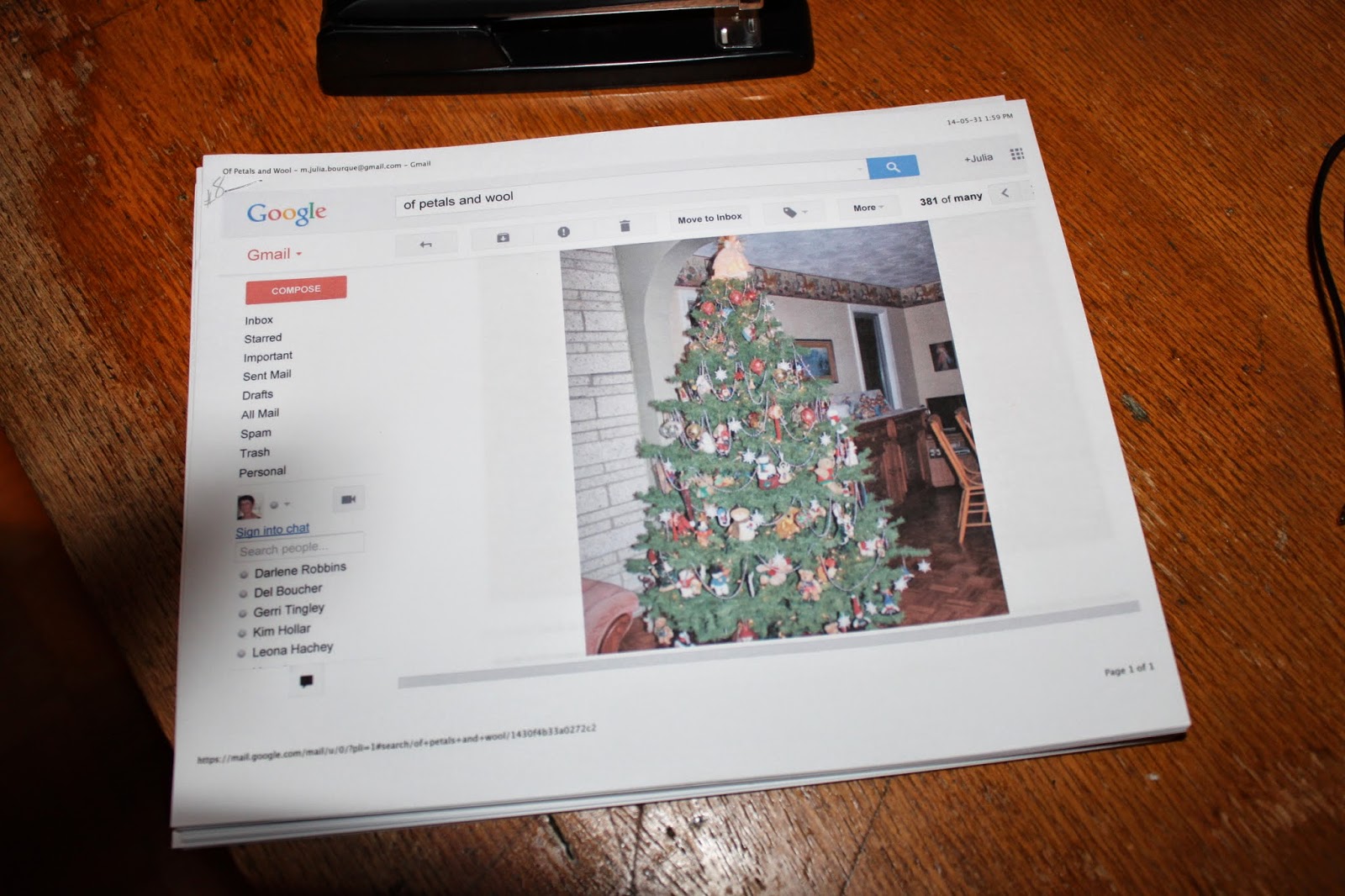 I decided to retrieve my lost posts through my Google emails account and start photocopying them without the comments. All the comments are still on Google but I would have to print them one at a time as they came through the emails and that would take a lot of paper. I'm working backward to the oldest post.

So far I've printed 8 posts and it's kind of a tedious job but I'm having fun reading them over anyway.
I had to print them on landscape as a section of my post wouldn't print.  I'm sure that there's an easier way to do this more professionally but I'm just a babe in the woods as far as computer skills are concerned. Some of my photos are so tall that I've had to sacrifice a small portion in order to make things fit. I'm thankful that at least I could retrieve my old post this way. It's better than nothing...

May came so quick and went away just as fast. My daughter Christine and her family came for an extended visit and it was fun having some little people in the house and a house full of big people too. She's coming back in August for another extended visit, so were are all excited about that and I think that James loves it here. Last week he ran in his parents bedroom early in the morning and announced that he had to talk to me.

I've taken so many photos and I'll post some on other posts.

Tonight I'll give you some petals from my flowerbeds. 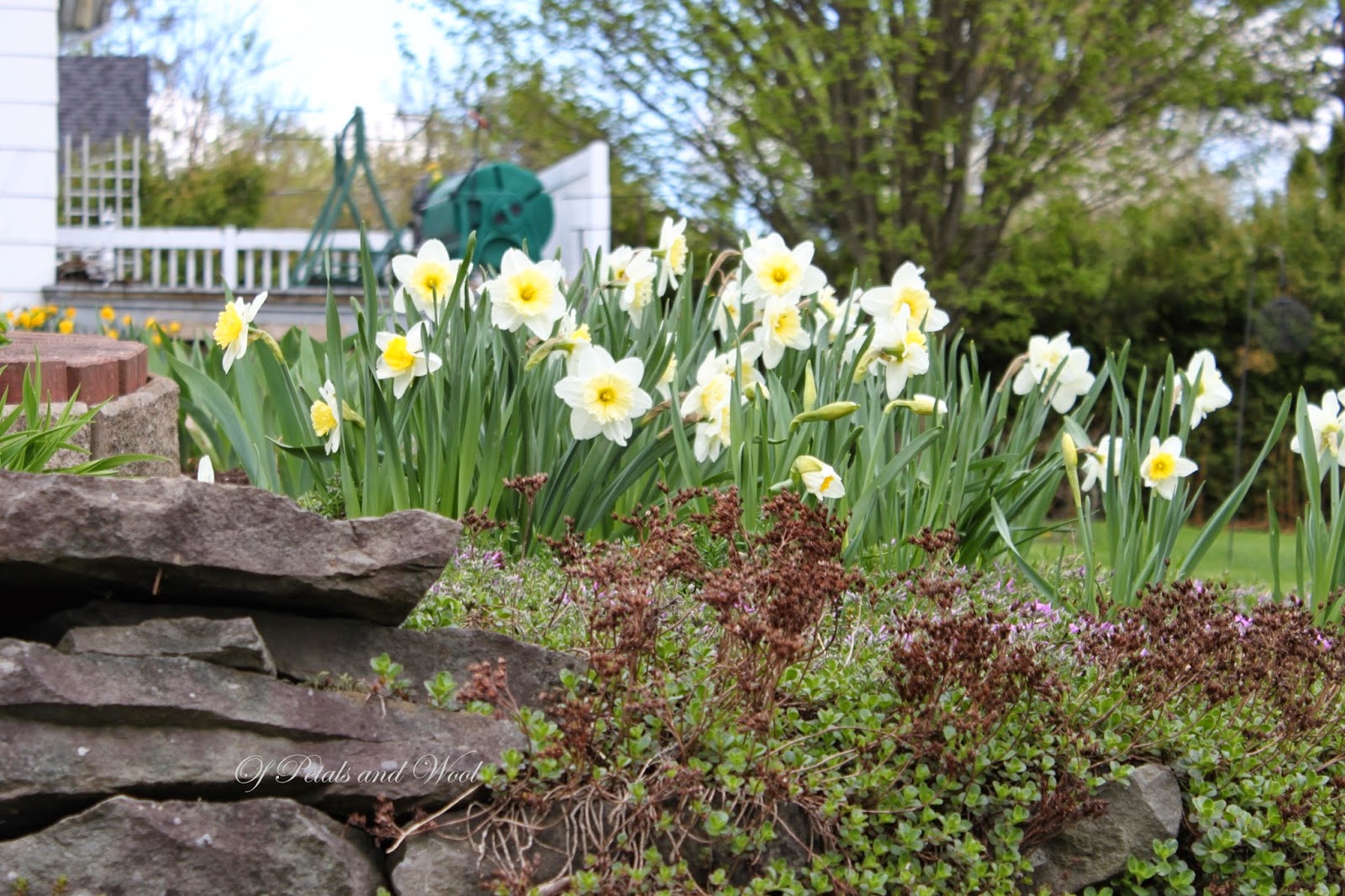 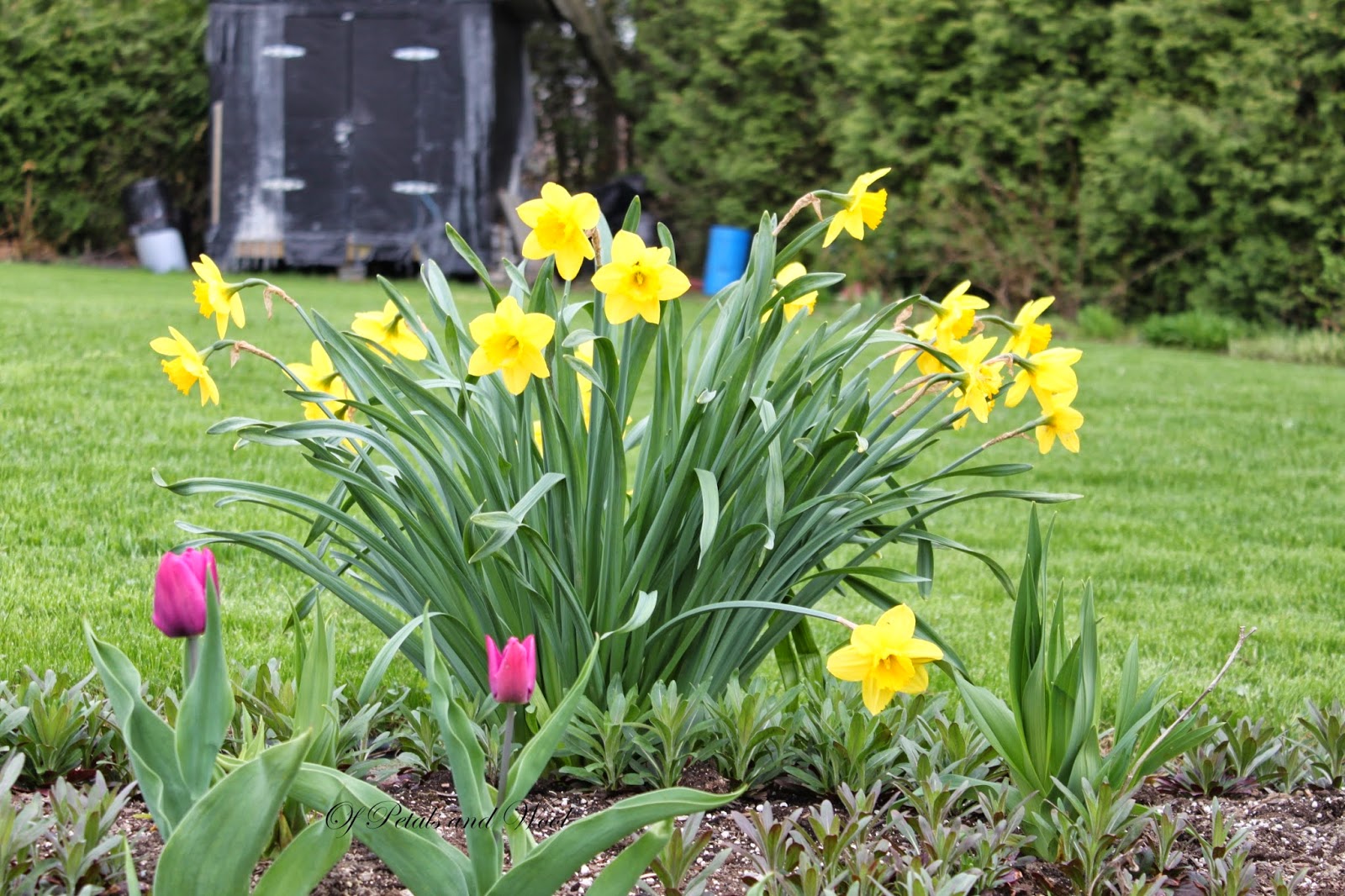 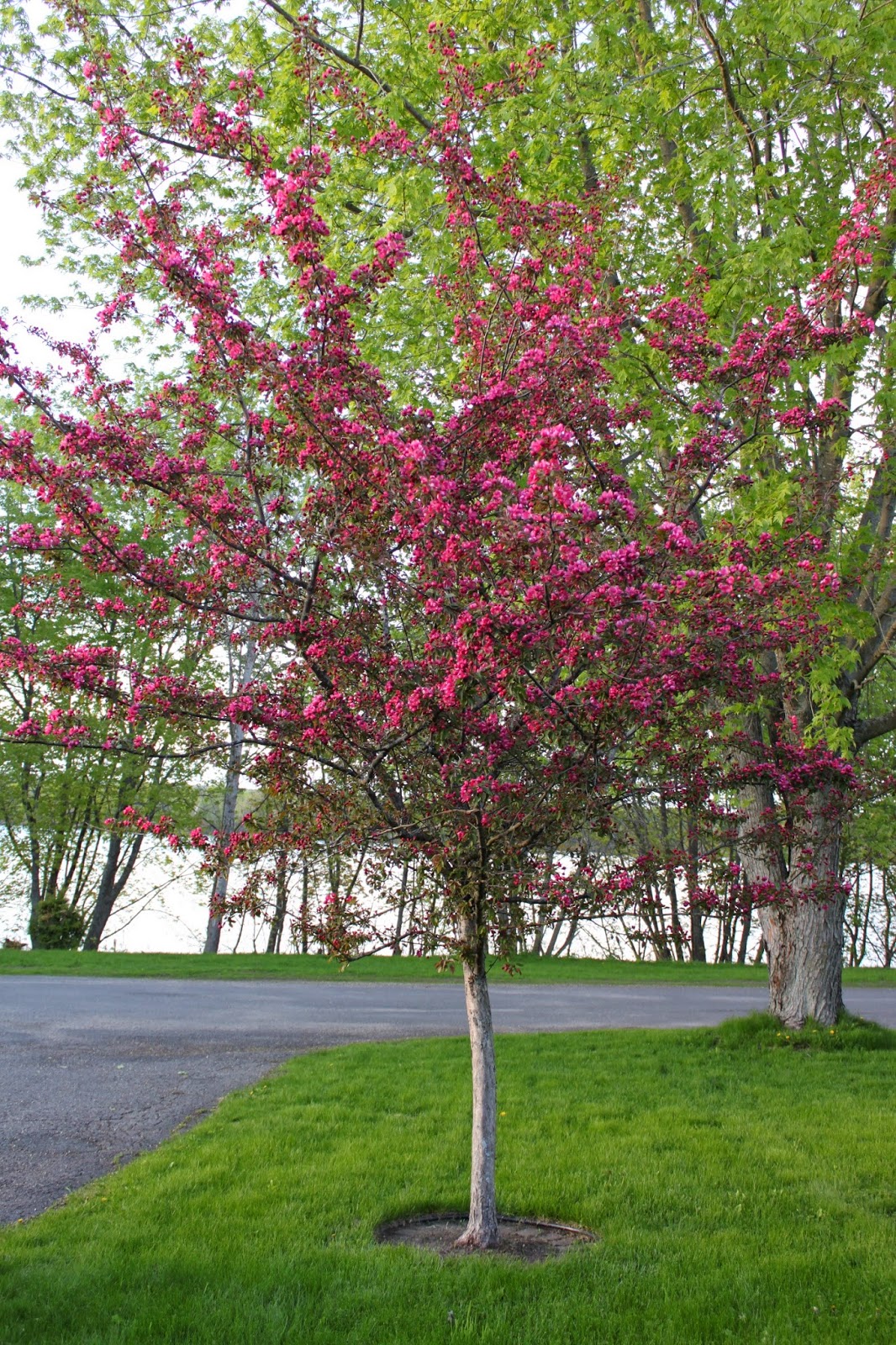 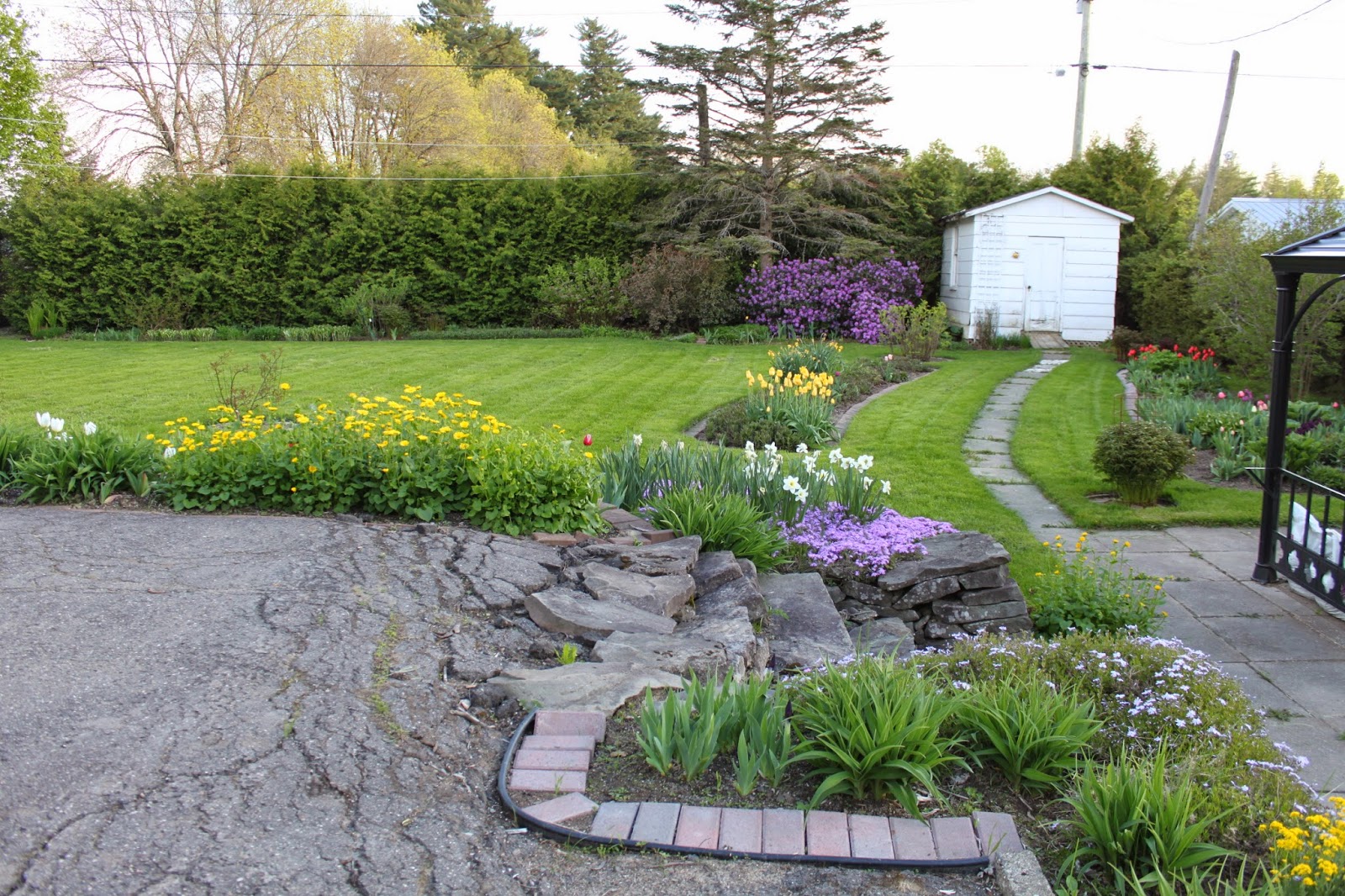 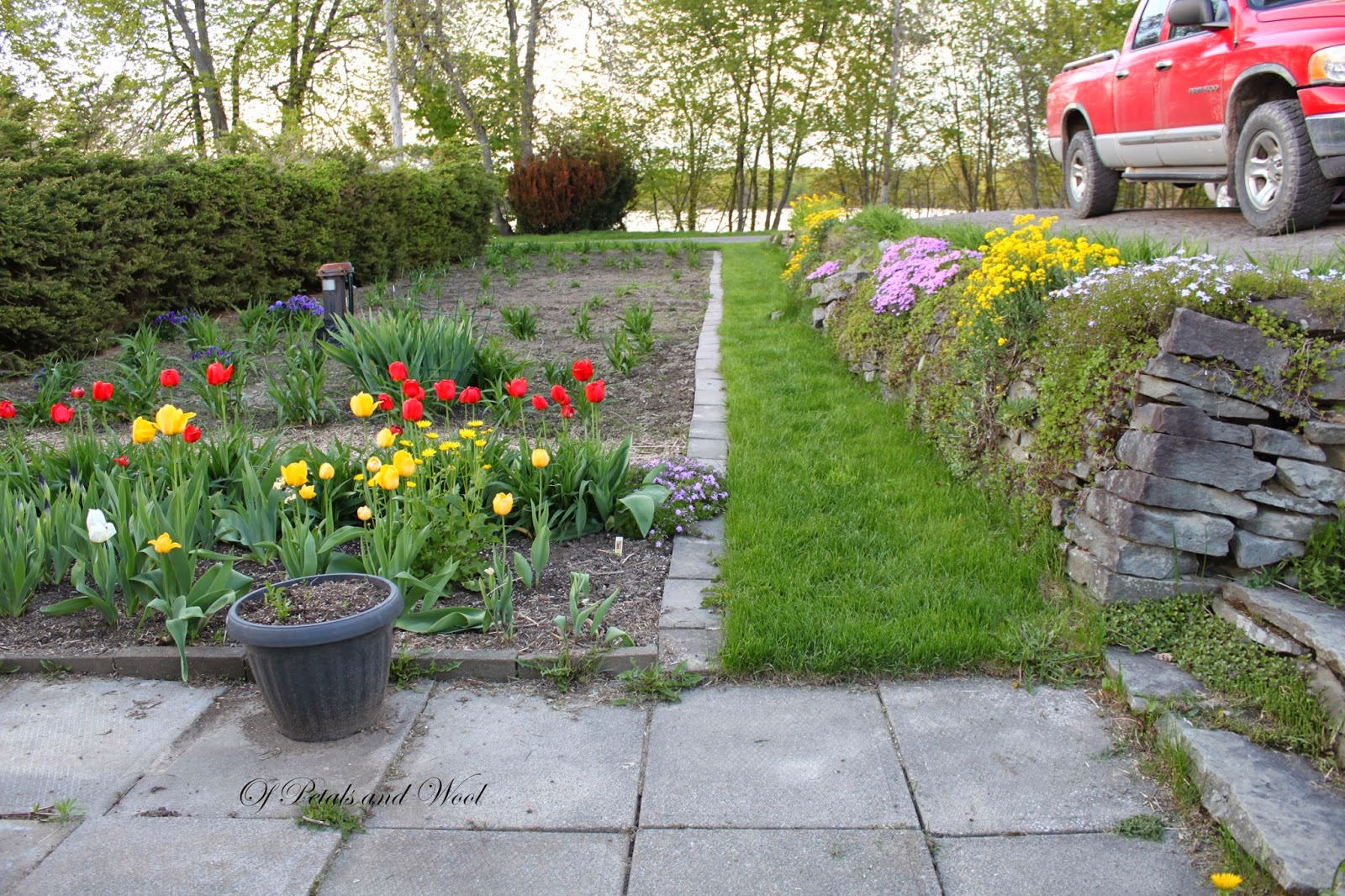 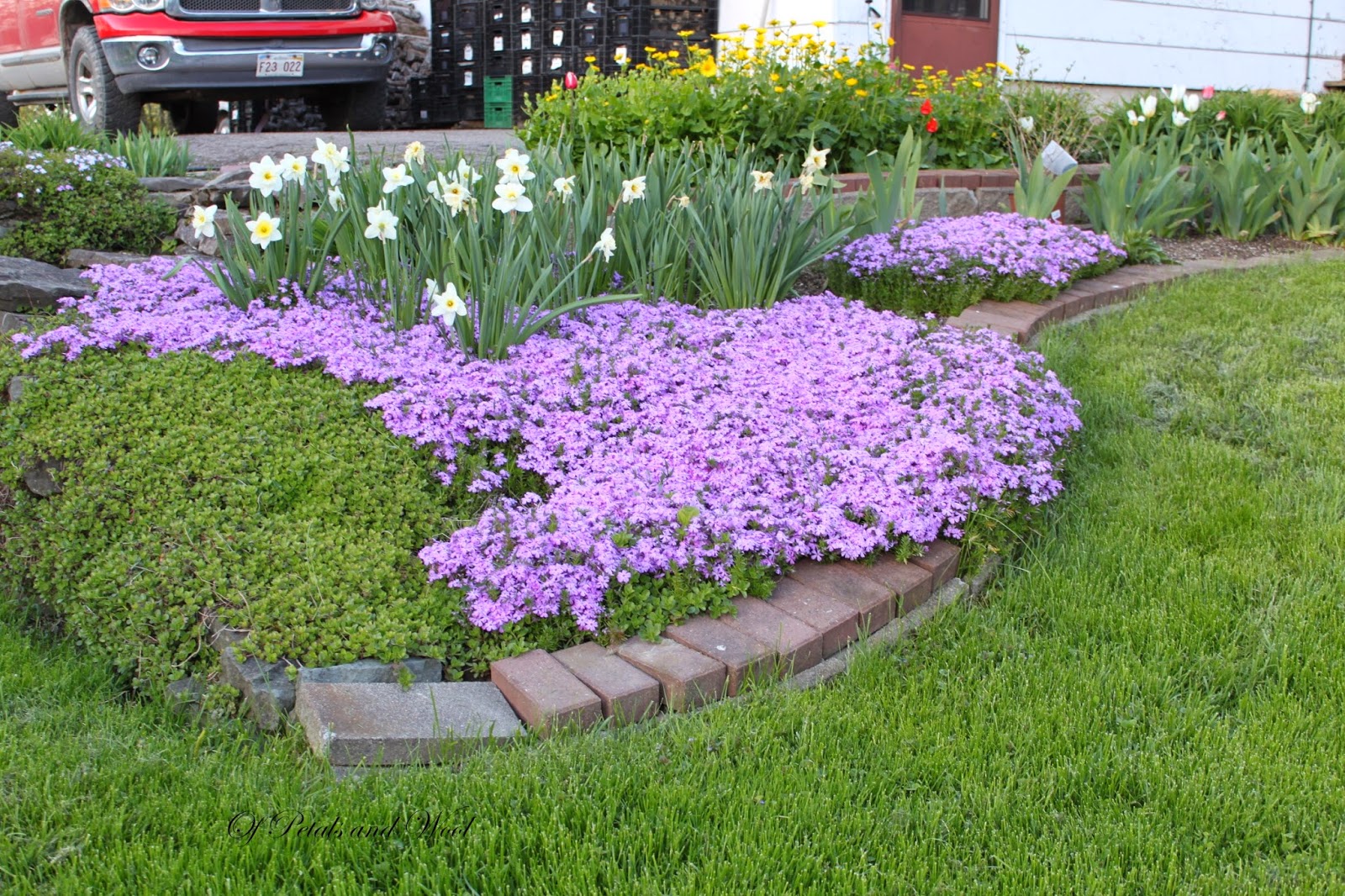 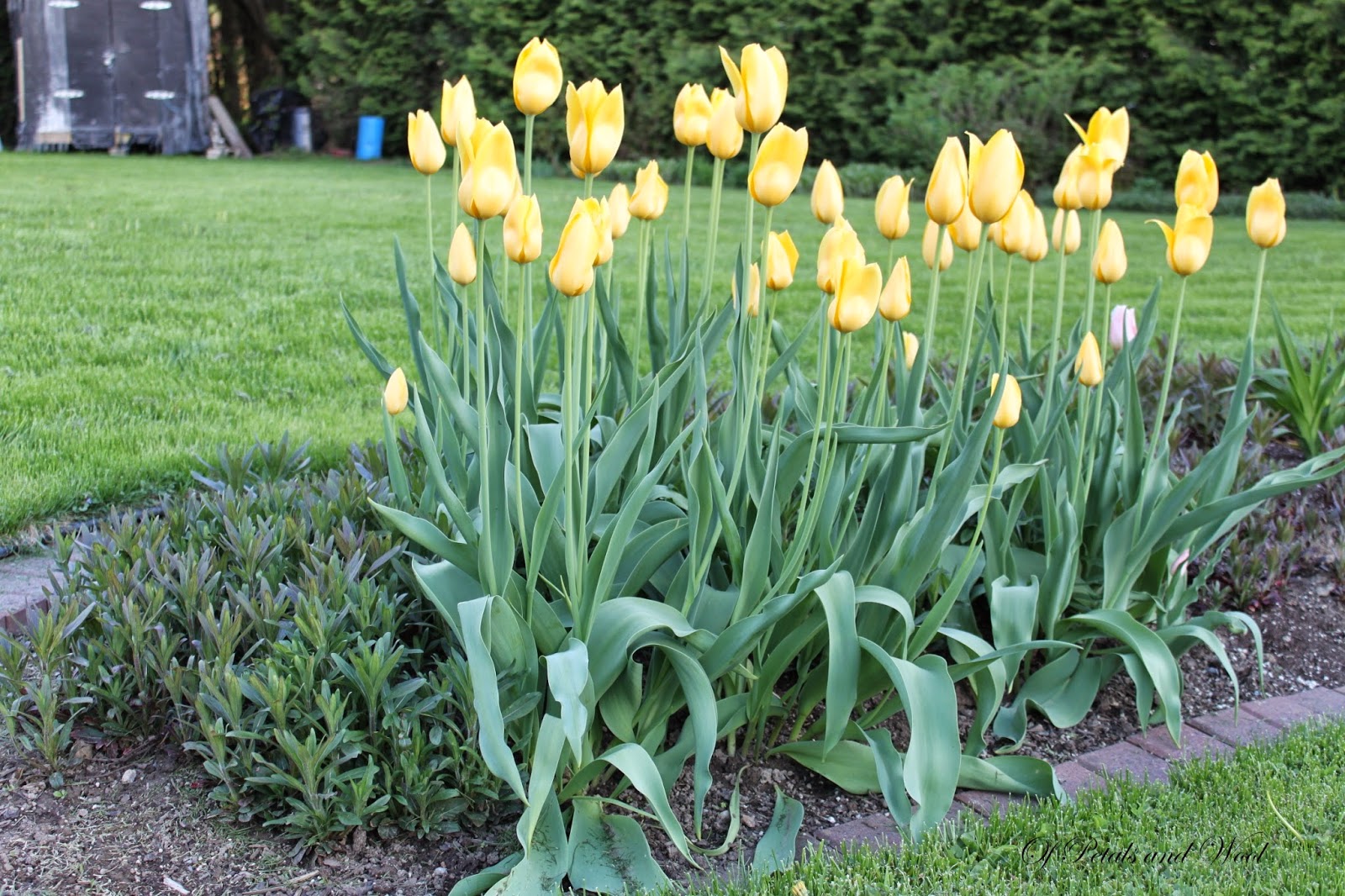 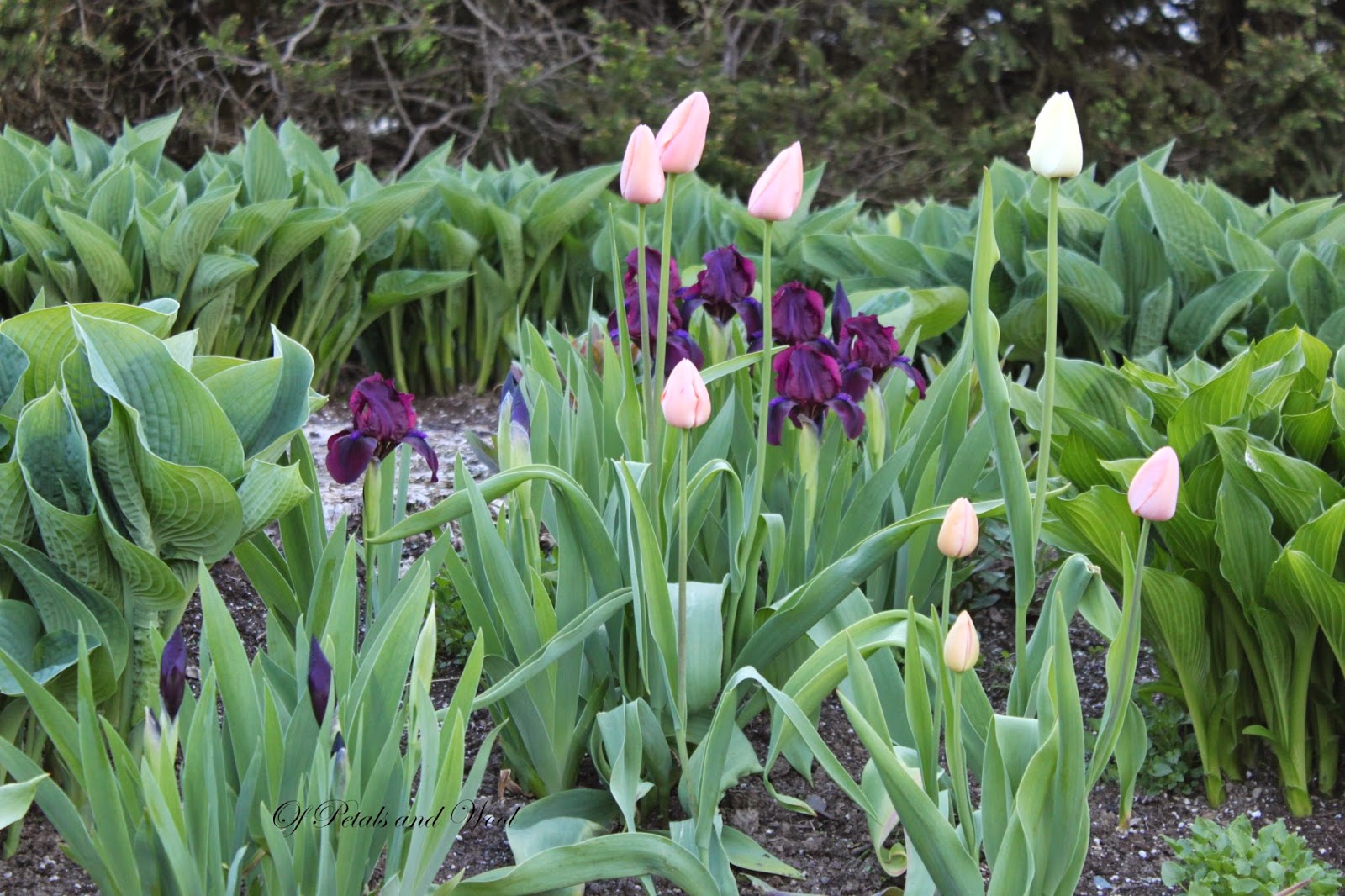 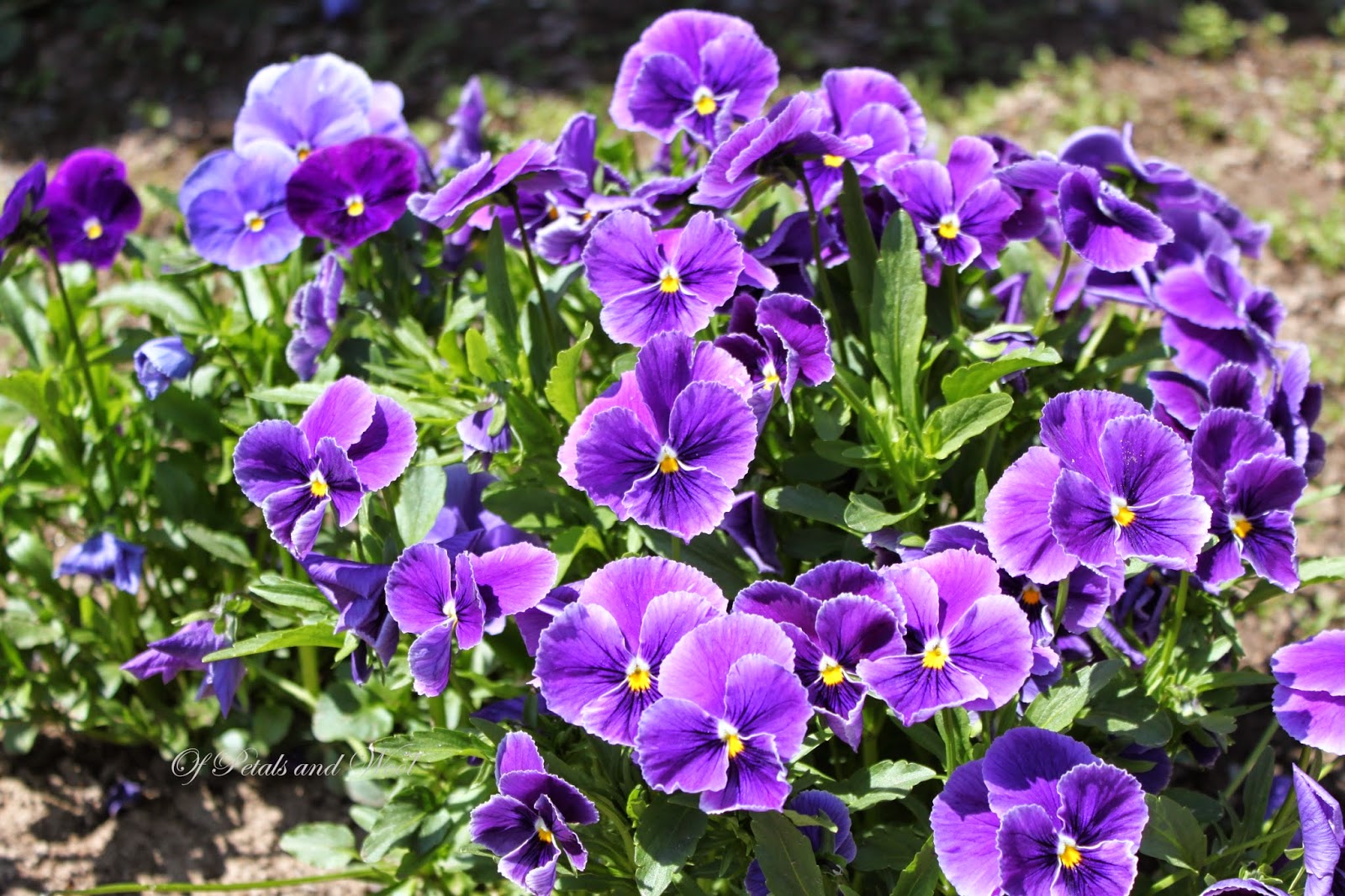 There are a lot more petals but that is already too many for one post.
Thanks for visiting and letting me know that you've been here.
JB
Posted by Julia at 10:16 PM 22 comments