I've been wanting to post but life has been rather hectic and I never take my camera to work, always in a rush...
I thought that I would post some photos of my two youngest grandkids, James and Daniel. My daughter sent me some photos last week  and I've decided that I better show them to you right now before I procrastinate some more. 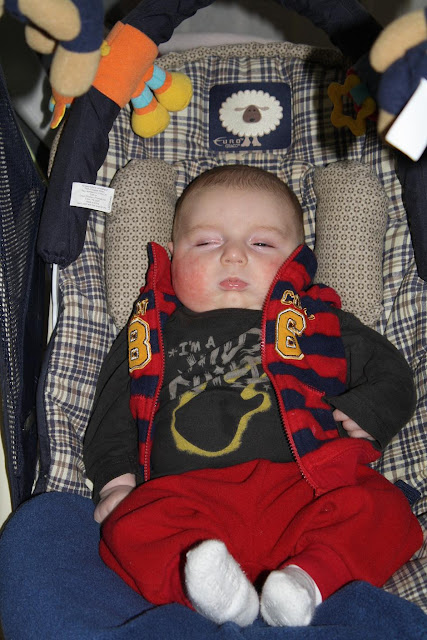 I don't know why these pictures uploaded so badly. I've reduced their size again but they are still broken up. They are bright and crisp in the  email even on full screen. Sorry about this... Any way this is Daniel. Growing real fast and napping a lot. 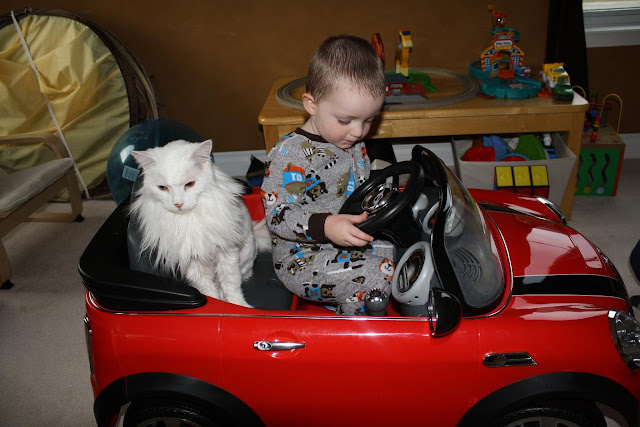 James is sporting his first hair cut. He was so terrified to get his hair cut. Mom and Dad did everything possible to get him to get a hair cut at the barber. He watch daddy getting his hair cut several time but as soon as it's his turn, he freaked out so he'd go back home with his long hair.  This time Mom and Dad took the clipper and did the job wether he approved of it or not and reward him with this new battery operated car. Not really a bribe but it arrived at the right time. He looks so pleased. First he wanted Mama to get in the back seat with him which was impossible so he settled for Brazen the 16 years old cat. She looks rather uncomfortable.

Here he is again waving.

I hope to have a cow and calf story of my latest  adventure on next post but I haven't taken any pictures.   I may just post it without pictures.

Until then, stay safe  and have a great weekend.
Thanks for stopping by.
JB 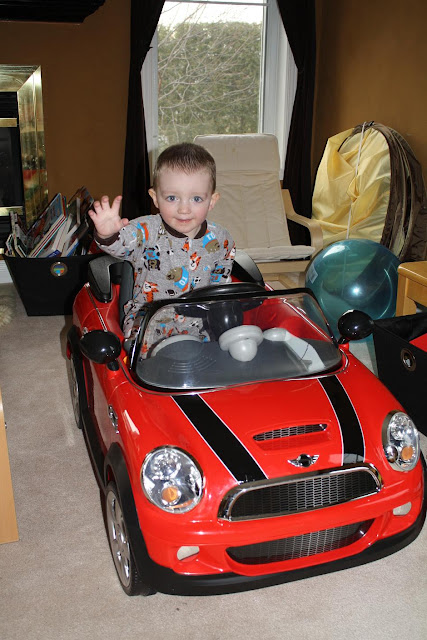