THE NEW KID ON THE BLOCK

Yesterday morning I was doing my chores at the farm and I was keeping my eyes on the pregnant heifer in the calving pen. I gave her a bit of grain and hay but she showed no interest and she got real restless. I knew she was ready to calve.   I put lots of fresh bedding in her pen.

She laid down and stretched herself right out and started to breath hard and moaning.  I call my son Vaughan to tell him she was in labor. Her water broke shortly after she laid down and sprayed the fresh bedding.

I was all done my chores and it was time to go wash my bottles in the other end of the barn so I checked on her again and saw two big hooves sticking out and I knew it was a big calf. I called my son again and he arrived without delay.  He got his dad to help him pull the calf. By the time I returned, the calf was born and I was right, he was big.... It was a hard pull and my son thinks that she would not have been able to deliver by herself. It was good timing because I would have only returned to the barn around 4:00PM. 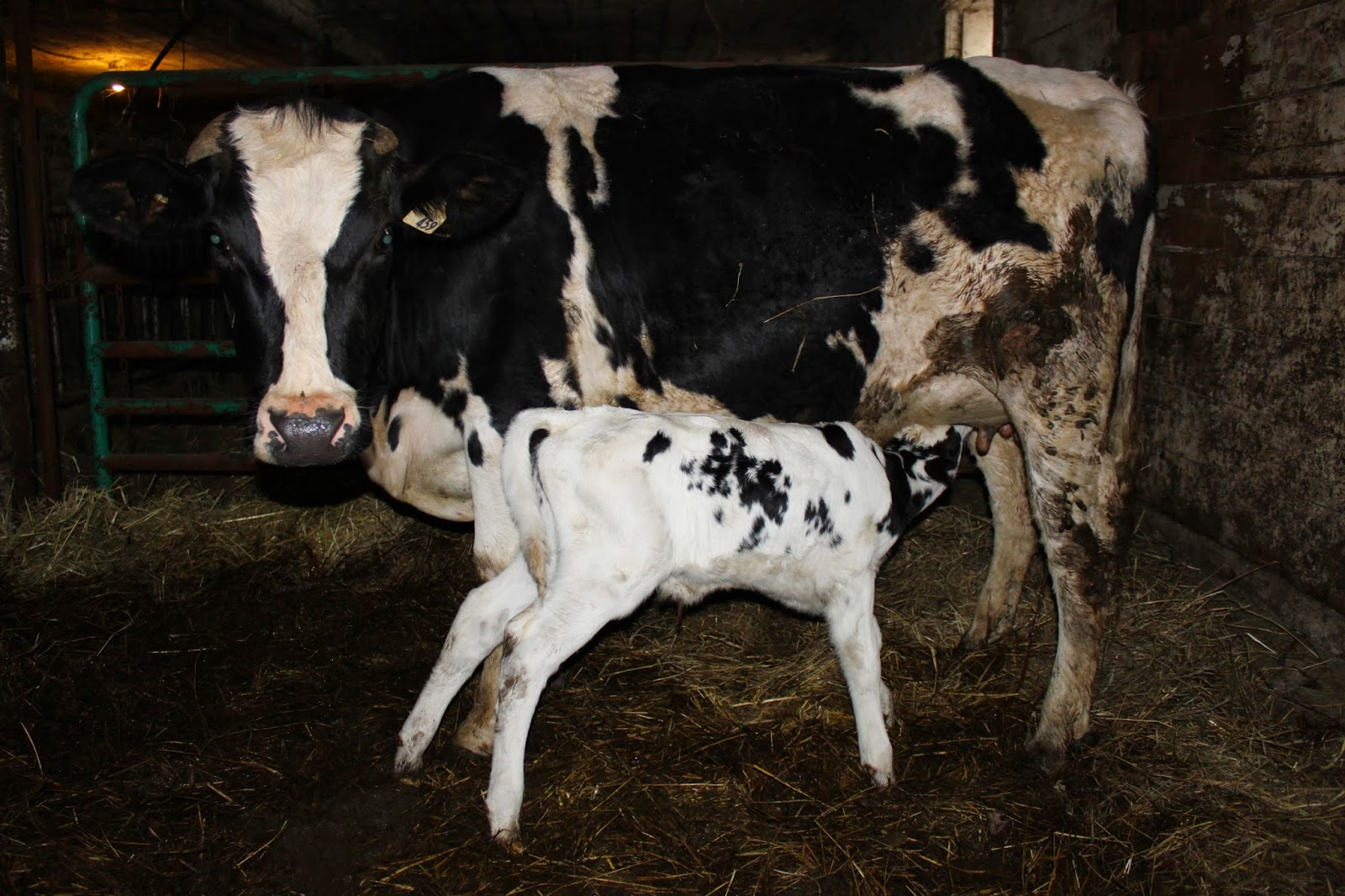 The calf is doing super and nursed on the mother shortly after.
The mama got herself all dirty by laying in her own mess. It looks like I never added fresh bedding but that's how it is in the birthing pen. It's unbelievable how quickly they mess it up. Like my husband says, "I'm glad cows don't fly"


He's a big little bull. I gave him a vaccine and dipped his navel and my son usually give them vitamin shots. 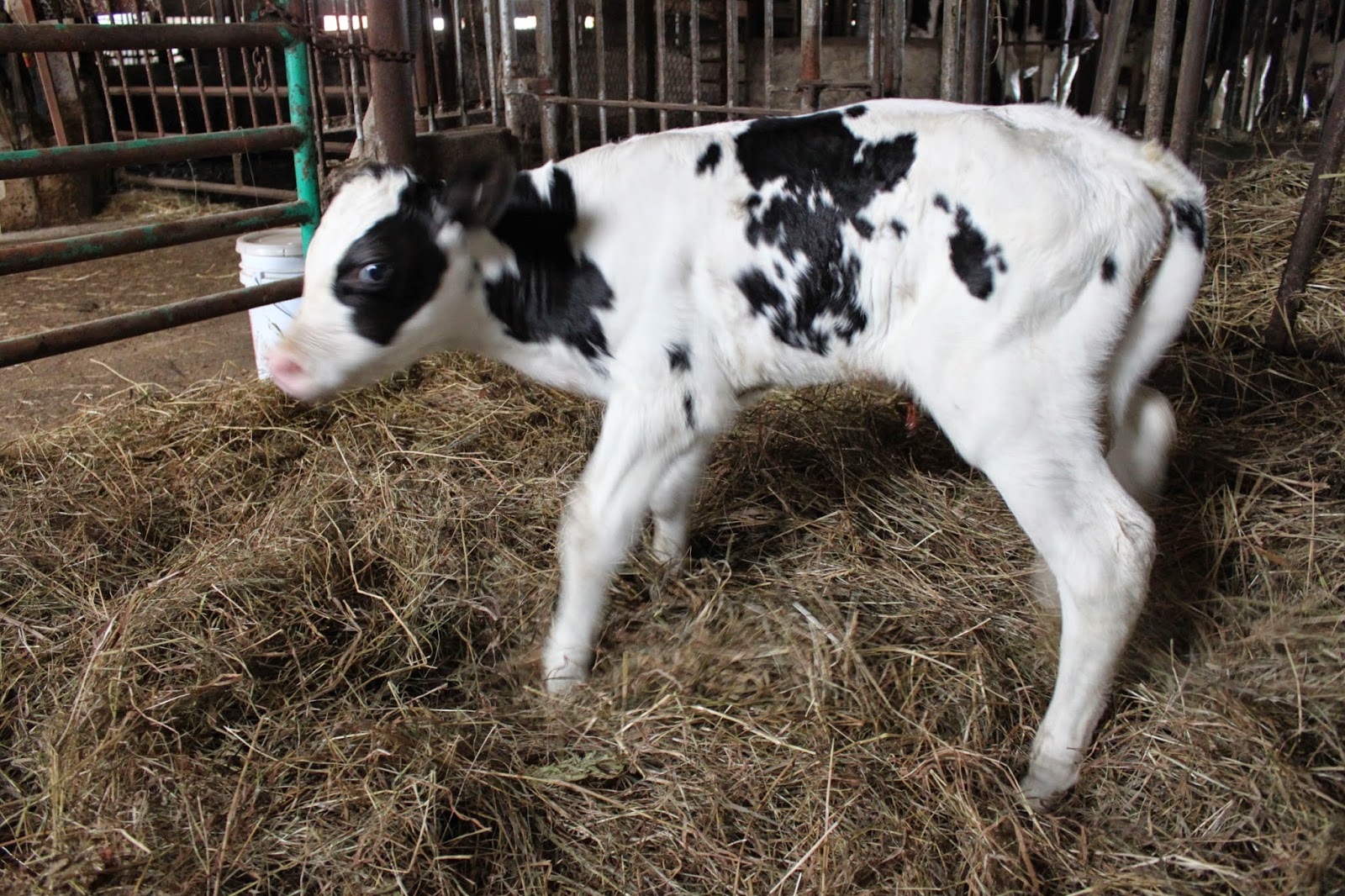 He's happy for the fresh bedding to lay on. 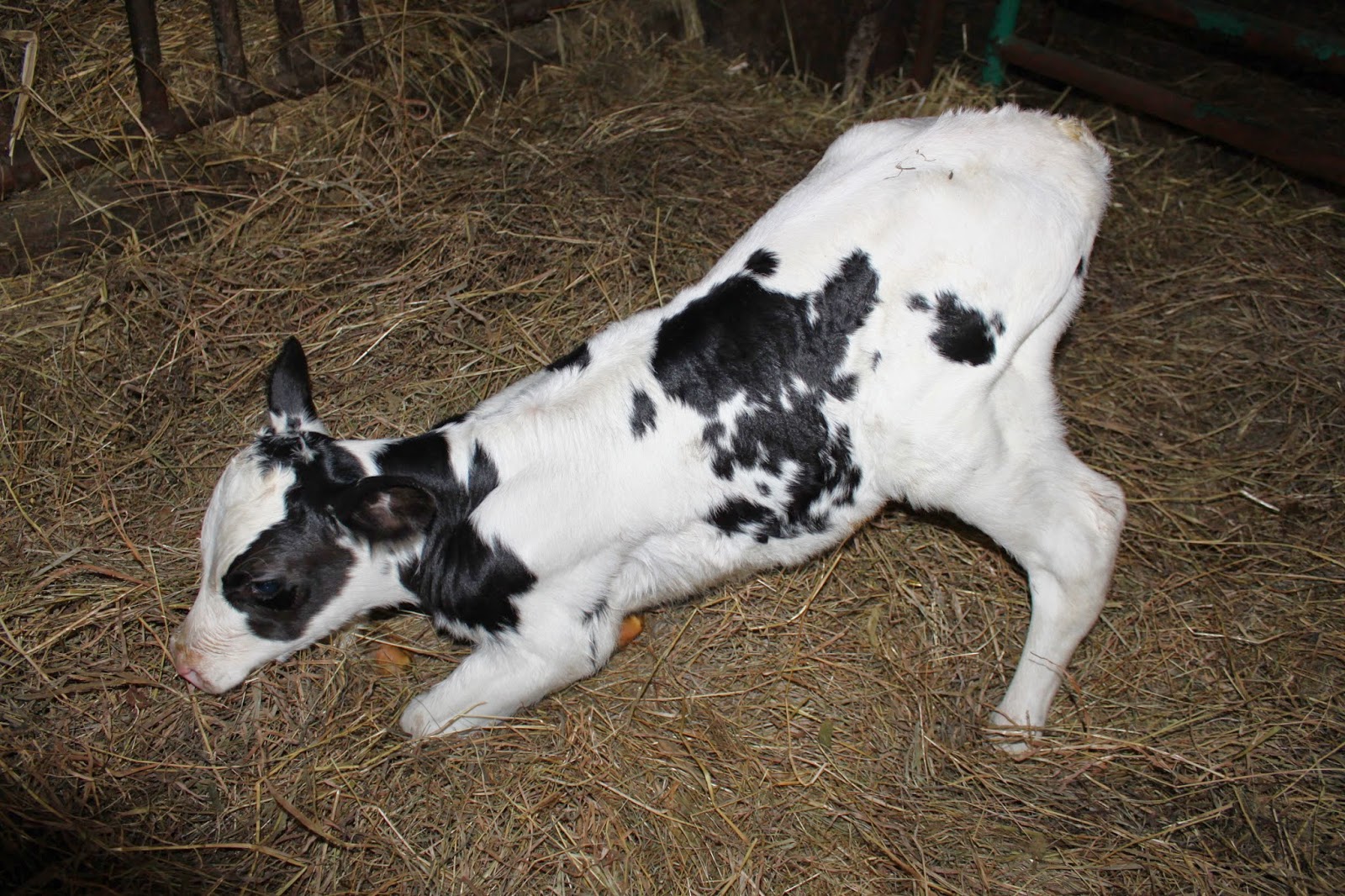 He's folding his long legs so he can lay down to sleep after suckling on the mother. 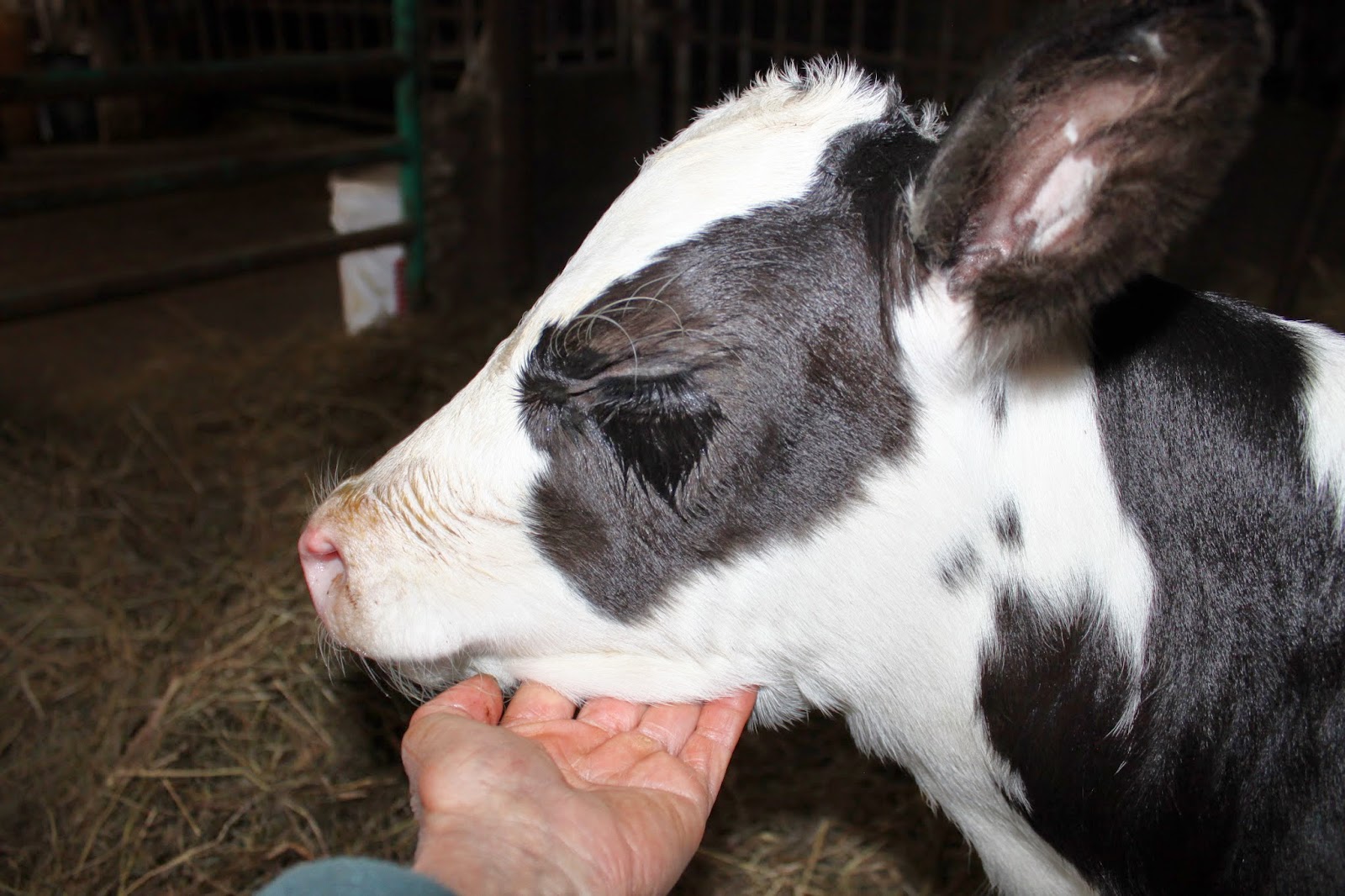 Look at that face. Still wet under his eye. I'd like to have long eye lashes like that. No need for mascara for sure... 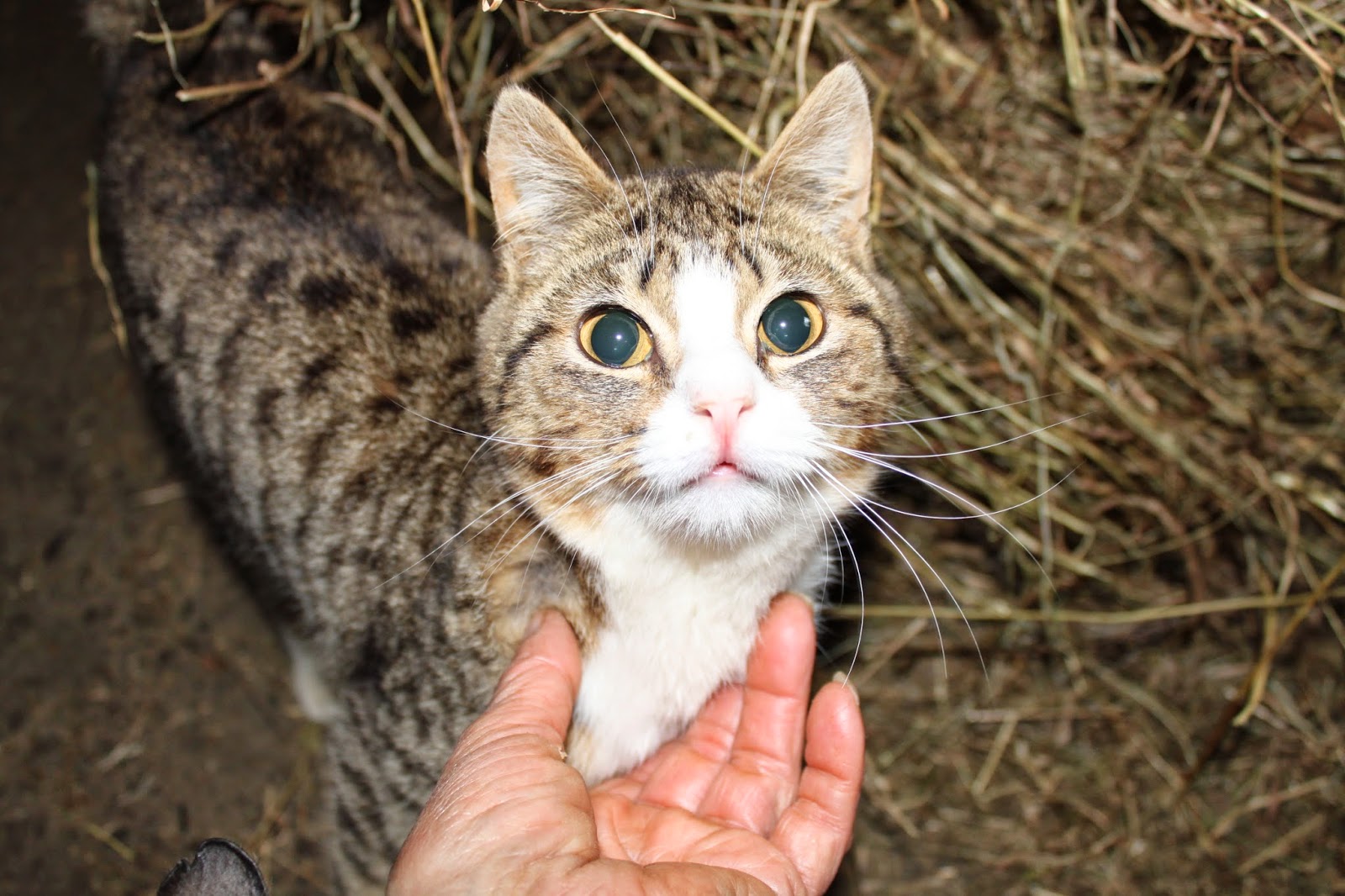 And what about my face? Aww, you're cute too... This is Tigger, he was born outside last Fall and the feral mother moved him in the barn but he was very scared of me then but he finally came around and now he's like my own shadow. He follows me everywhere I go and wants to be scratched and he purrs loudly. The camera  flash blurred his eyes. 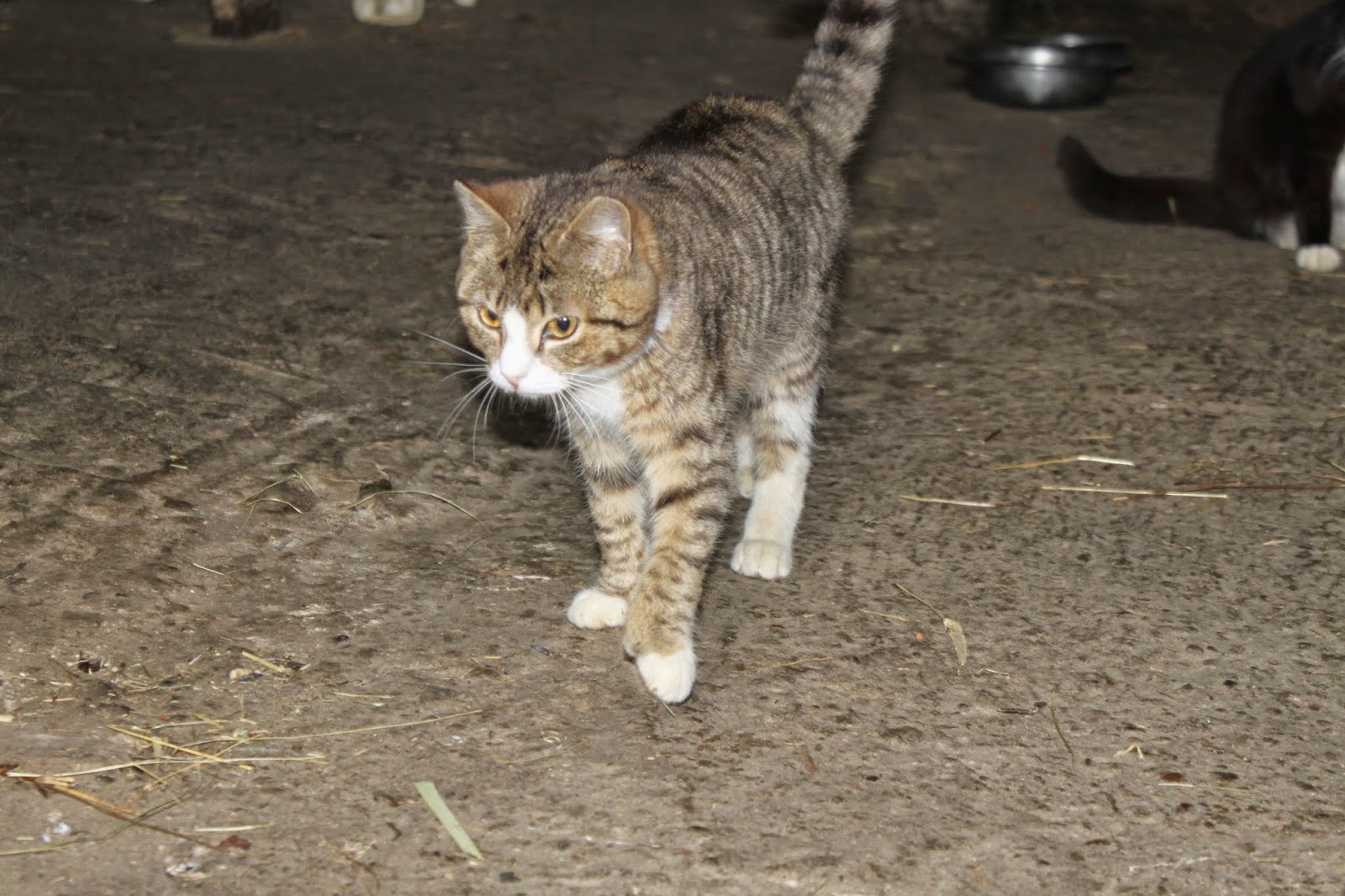 The other cats are not as friendly but they never run away from me. See the big front paws.

I almost forgot, today is my second daughter's birthday, so HAPPY BIRTHDAY Jackie. I hope that you are being treated extra special today. Hugs.

Thanks for visiting and have a good weekend everyone.
JB
Posted by Julia at 11:02 AM 14 comments