I HAD A GREAT DAY WITH MY GRANDKIDS

I am so blessed with great grandkids. Today my daughter Jackie had a Christmas sale to tend to and the grandkids wanted to come to the farm for a visit.  No sooner were they here that Simon grabbed the broom and started to sweep the floor without being asked. They know how busy I am and want to be of some help and not be a bother.  As a matter of fact Simon holds a job at a health food store in town. He  stopped by one day and asked if they wanted some help and offered to sweep the store. He did such a great job that they paid him with some food. He's still too young to be employed but he has been holding the position of floor sweeper and other little job for a couple of years now.   Simon is a sweetheart. 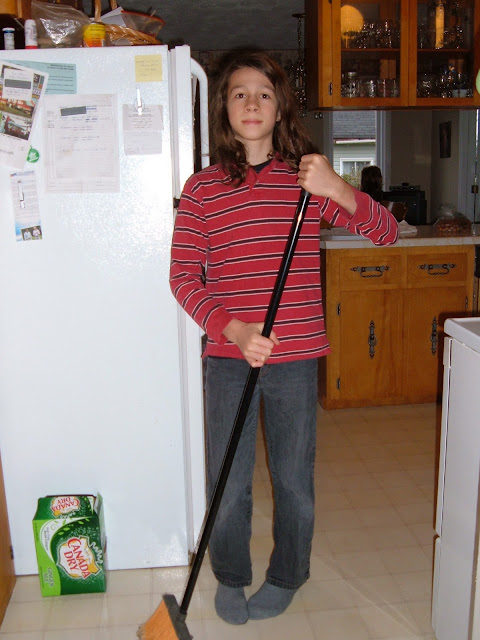 Liam was a great help to grampy hanging some sewet with seeds and fruits for the birds in the maple tree.  No need to fetch the ladder. Nicole love a photo opportunity, why not, she is so photogenic. 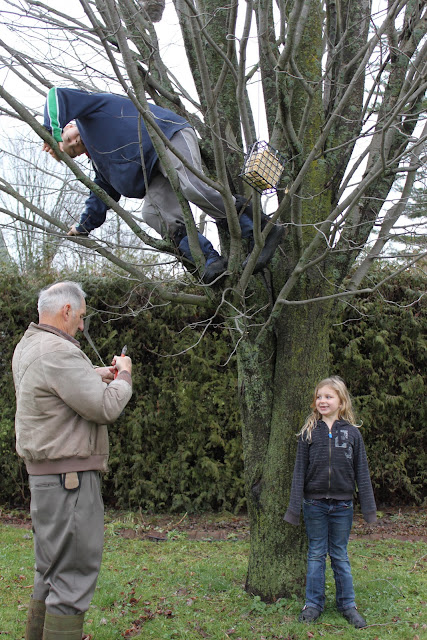 Job well done and Liam show his agile abilities  at resting in the tree before coming down.
Nicole is hugging her tree for the day. Our snow is all gone. 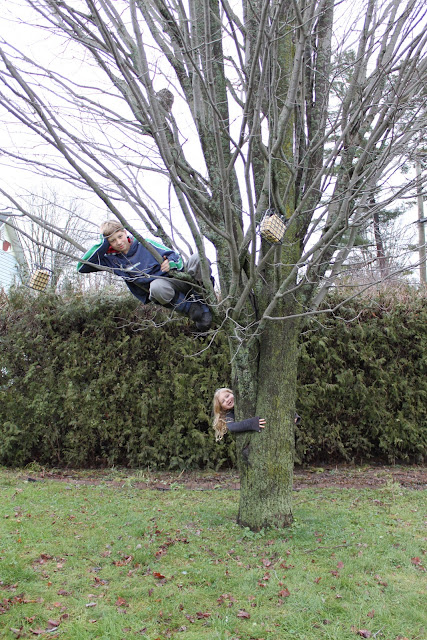 Mira managed to get a few knitted stitches on her project while Nicole and Liam are waiting for grampy to bring in the Christmas tree. 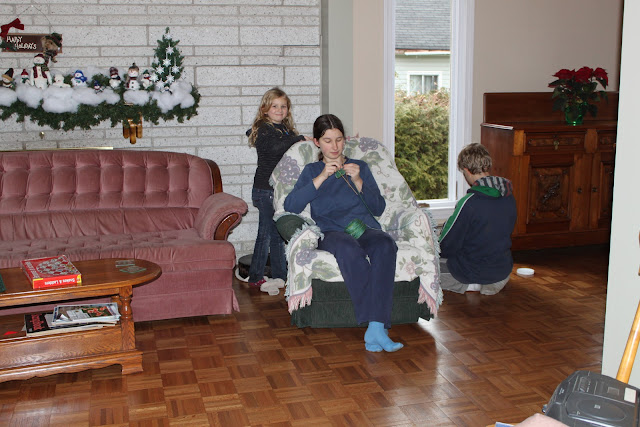 Again, Nicole doesn't loose the opportunity to get her rabbit ears behind Mira's head. Notice her baby teeth missing.  Mira looks so much like her mom. 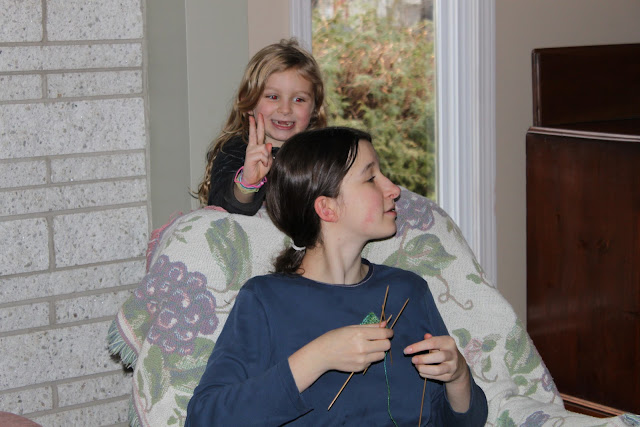 Nicole has drawn the baby calf that we nicknamed  Football . The kids all came to help me feed the calves and the young heifers. My work was done in no time. Liam and Simon brought down a pile of hay from the hay loft after a briefing on safety precautions and Nicole tried to make friend with Football. At first Football was scared of her but I told her that he needed to get used to her and in no time they were good friends and he even licked her arm.  She drew Football in his pen.  The flash did fade the picture a bit.  I think that she did a great job. She complained that she didn't draw very well  as she compared herself to her older sister but I showed her some primitive rugs on Rug Hooking Daily and told her how much people loved those Primitive designs and then she said that she liked her drawings. 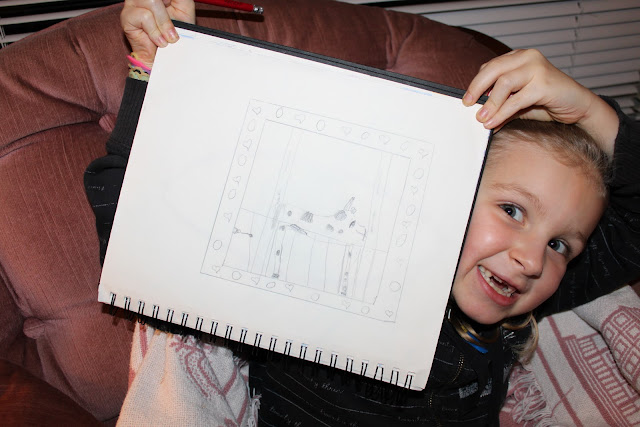 Here is a better shot without flash.  I love the border. Just look at those little hearts...I think that she drew a happy Football. 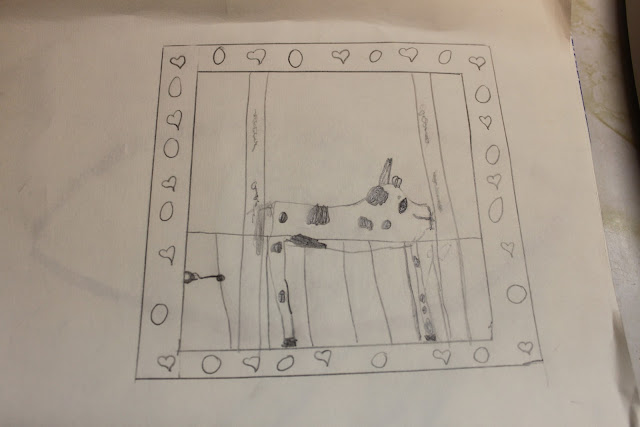 Grampy, and Mira are setting the lights on the tree while Simon is still dusting everywhere he can find dust or cobweb. Alas My battery died down and I had to recharge my batteries and will post the rest of their work tomorrow. After the barn work Mira came home to cook some supper while I finished washing bottles and give the grain to the older calves and heifers.  I had a great day with the grand kids. I just wish that Jordyn could have been here too. She would have had a great time too.   JB 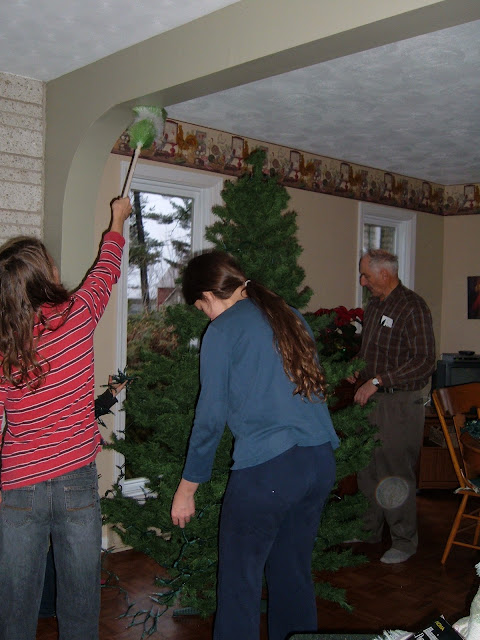