ANOTHER INTERESTING MORNING AT THE BARN...

I thought that I would give you another post today as I'm all alone and my husband is gone to tend the bar at our church hall for a function.

Every morning I go way down one end of the barn to the milk house to get milk for the small calf and bring it  all the way back to the other end of the barn. I don't complain as I'm getting lots of exercise this way.  I do a few other little chores while in the milk house. As I opened the door to go to my calves, the first thing I saw right there in front of the little gate, (yes the same little gate that was left unlocked yesterday) was two little black kittens sleeping on the hay. I put hay there as sort of a door mat so the men can wipe their feet before coming into this part of the barn. It's a heavy traffic area, not a safe place for kittens. 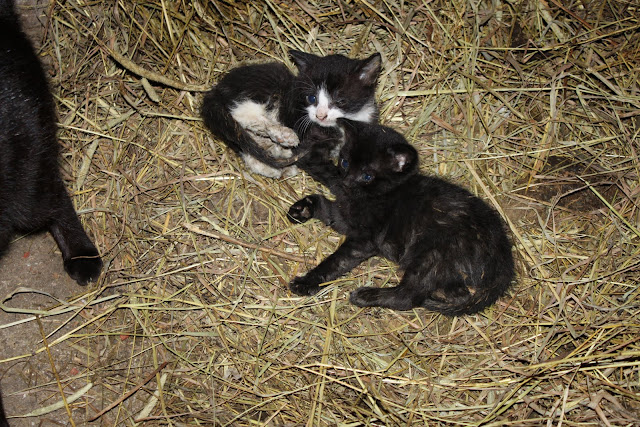 I had no idea that the black cat was even pregnant as she was smaller than the other cats. She had given birth earlier in some unsanitary spot somewhere that I'll never know, because her kitten were a bit dirty. One had an eye partially closed. 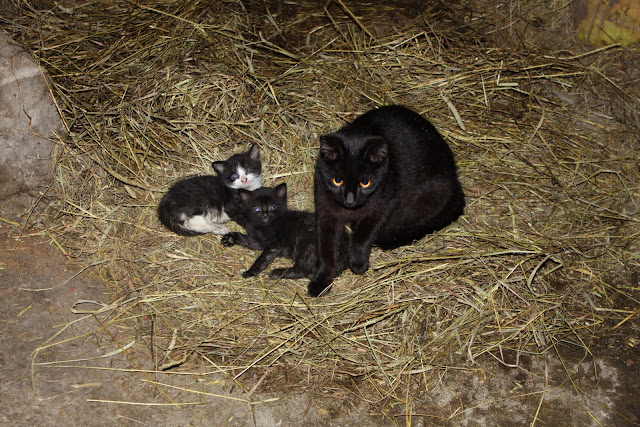 I put my milk to warm up for the calves and went home to get a box and my camera. I put my nicrile gloves on and when I tried to pick them up they hissed at me. I burst out laughing. It was so cute.  I grabbed them by the skin on their neck and put them in a prepared box and moved them just to the side because I still had to move the new born calf in his pen, and I didn't want them to be stepped on.  Soon after the mother returned and looked a bit upset that I moved them and smelled where they were. After a while she got in the box with them to nurse. 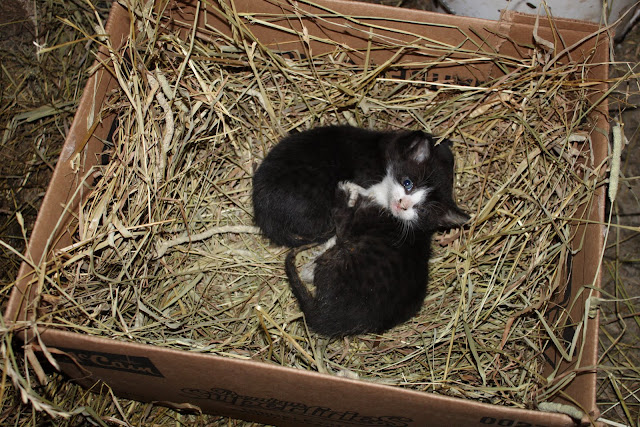 My new little calf was moved without incident and had to be carried by my husband as she did not want to get up and walk.  Very stubborn...I did my all my chores first  and tried to feed her but she still didn't want to eat but I managed to get half a bottle in her after a half hour. The same this evening. I took her temperature and she had no fever. I hope that she smarten up tomorrow.  She's so tiny.

I took a few photos of my flowers in the rain before coming in the house after work. 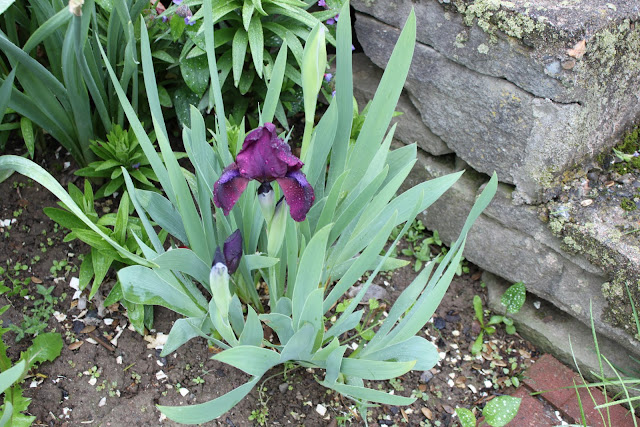 My dwarf irises are starting to bloom. 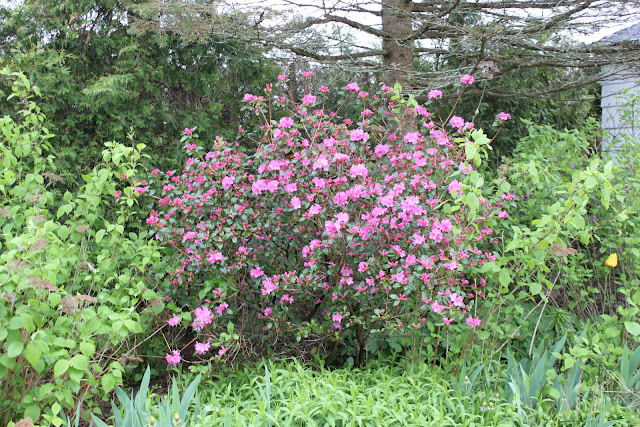 and some of my azaleas as well 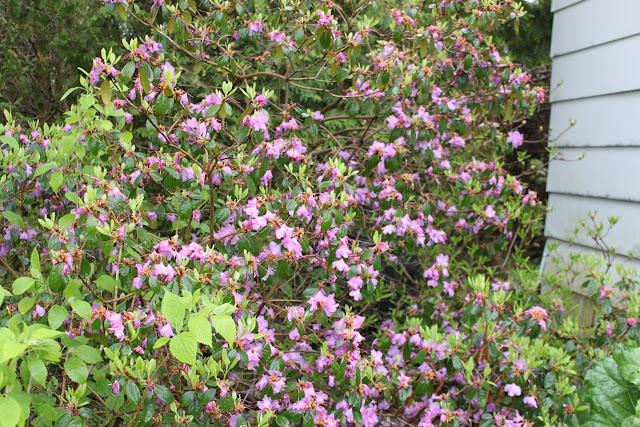 this one is finish blooming and is on the way out. 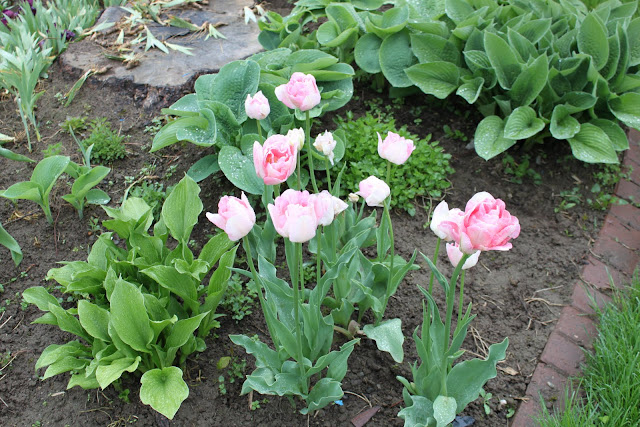 My Angelique tulips are blooming late. 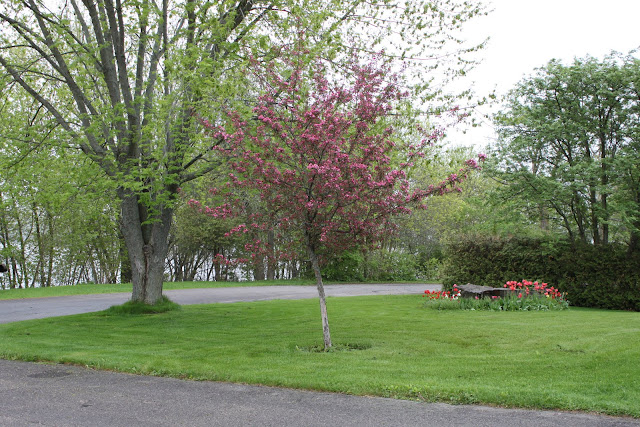 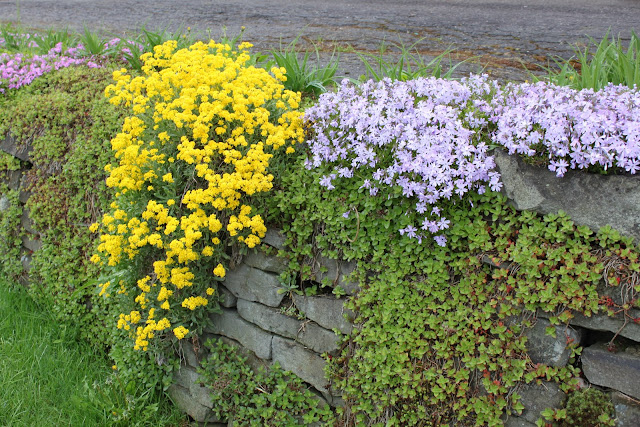 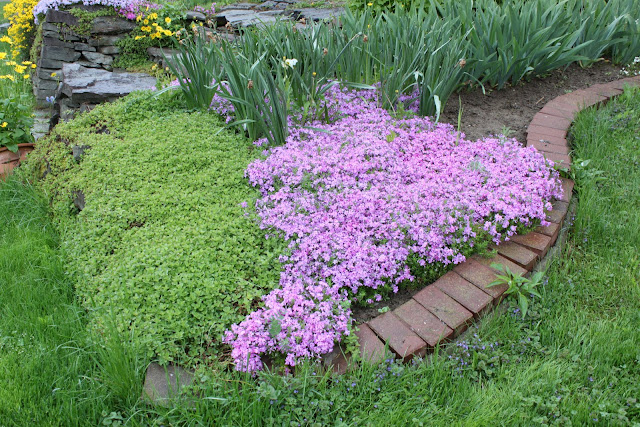 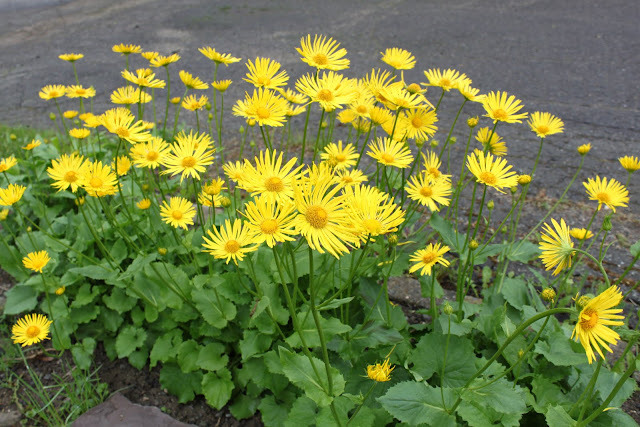 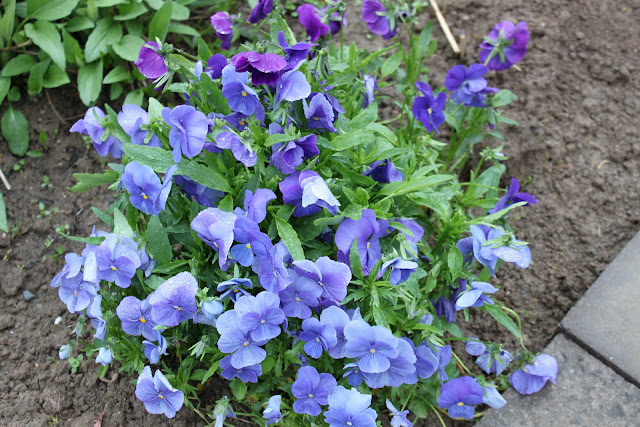 3.) Visit blogs as you would any other time  and she says that somehow it woks.

Thanks for visiting my blog and leaving a comment if you can. Have a safe weekend.  JB
Posted by Julia at 10:12 PM 22 comments