Wow,  how time flies when one is occupied. I just turned the calendar page and already it's almost time to turn it again. I've neglected my blog but I read all your comments and I'm very grateful that you care enough to leave comments.

It's hard to know where to begin, so much going on in my life and not enough time to post. Let see.... where to begin?... Well I documented some of the stuff I did but not all and I do have a short memory.

Oh yeah, a short memory... I turned 65 on Sunday and that's why I have a short memory. lol. I went out to breakfast with my husband and had a free breakfast at our regular restaurant. The rules are that you show proof of your birth date and you get a $10.00 off your breakfast, providing that there are 4 people at the table. Five of our regular group were away Sunday and we only had three people at our table but the waitress was so very nice that she gave  me a free breakfast anyway. I will not forget her at Christmas.

I took apart four wool skirts and one jacket and got lots of wool for my rugs. I assembled one of my UFO project and basted it. It's an applique cat wall hanging in memory of Kitty, one of our cat who had cancer.  I don't know when I'll get around to quilt it but at least it's a small project. 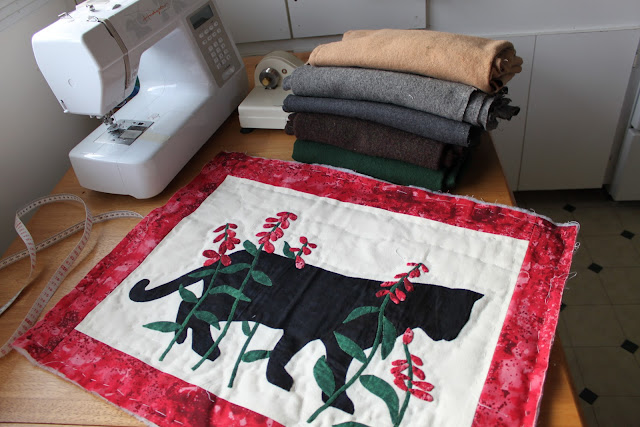 I made and froze 7 meat pies  for Christmas and two small individual meat pies with the rest of the dough  for supper. I was pressed for time because of the triplets visitors so I used the dough hook to make my pie crust this time and was pleased with the result and so much faster and easier. It worked fine for the meat pies anyway. This was the first time that I tried this.  Not as flaky of course  but still very good. 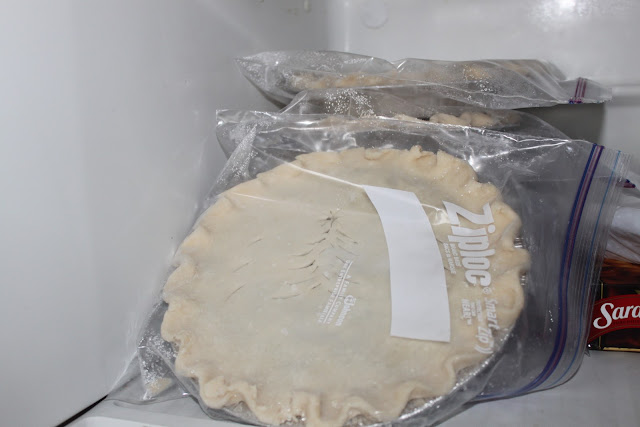 I mark the meat pies with a christmas tree so I don't mistake them with other frozen pies if I make some, ha ha... 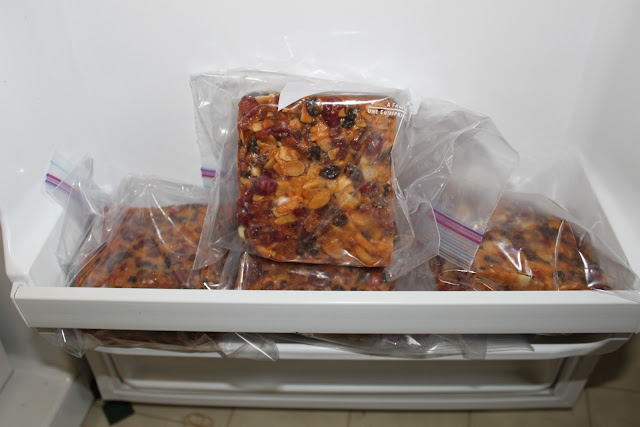 I made two fruitcakes, in one I added almonds and the other has no almonds. I make these before and got the recipe from  1993 Canadian Living Christmas Book that my son  Vaughan gave me for Christmas. I love that cookbook. I'm lucky to have a spare apartment size fridge in my dye kitchen that I can store food in when the need arise.

I started to decorate the house for Christmas but only got a little done. Because I'm strapped for time today that's all I can share today. I'll have photos later.

Thanks for stopping by and leaving comments. I love hearing from you.   JB
Posted by Julia at 4:12 PM 14 comments