AN AFTERNOON IN THE LIFE OF CYPRESS

On Monday I  was asked to look  after my great grandson Cypress for a few hours. He got his first haircut and he now looks like a little man...  Cypress loves to have his picture taken and always wants me to get my camera out and then he wants to see the pictures of himself.
For the benefit of the family, I included lots of  Cypress photos, so bear with me. 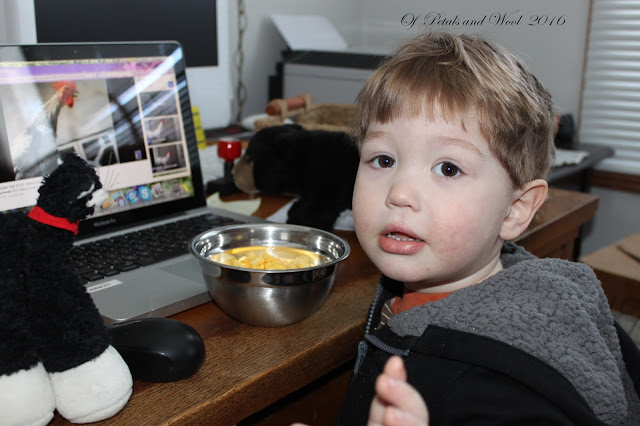 As some of you know, Cypress is obsessed with roosters and every time he comes for a visit, he wants to see the laughing roosters on Youtube. He watches it over and over. 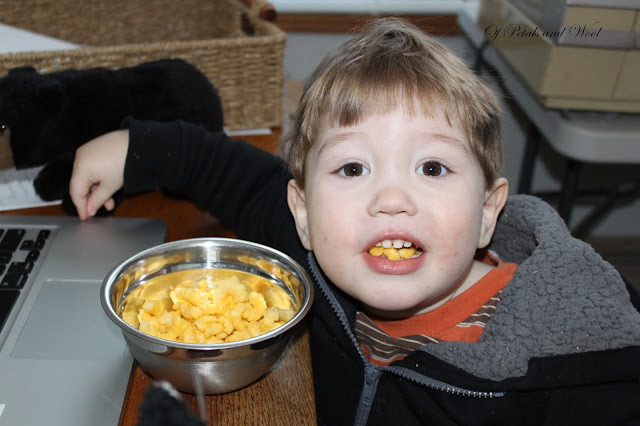 He's eating some corn puffs that doesn't have any additive and it's my snack of choice. 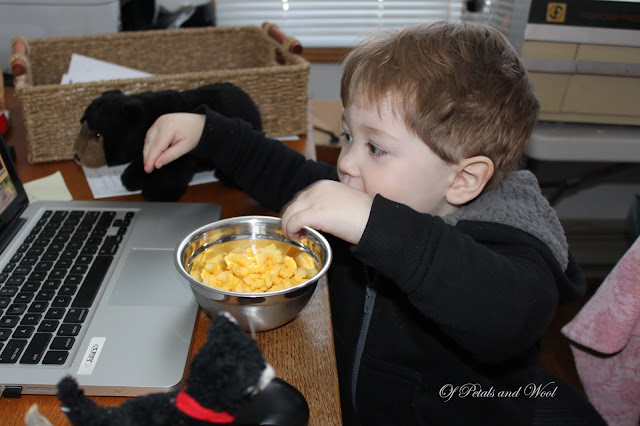 It's back at watching the laughing roosters and munching. 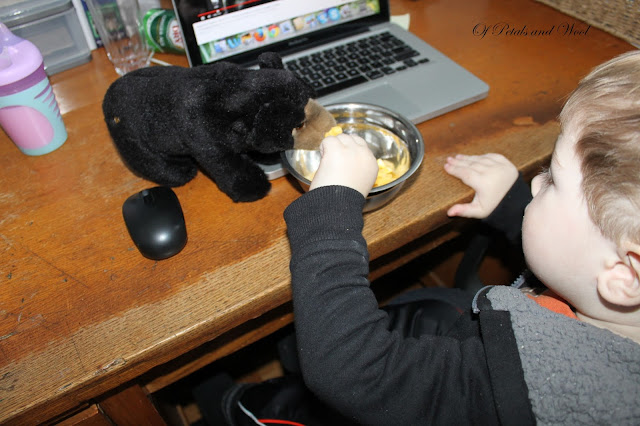 It's now time to feed the hungry bear. 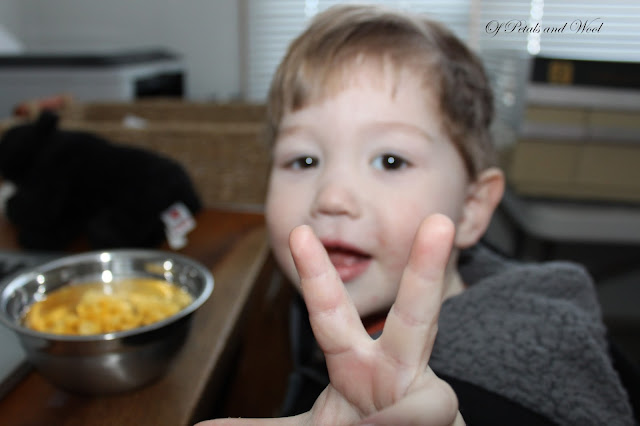 He's giving me the sign of peace I hope. I wonder where he learned that. He stuck his fingers in front of the camera and my camera is set on auto focus. The fingers are clear but not the face... 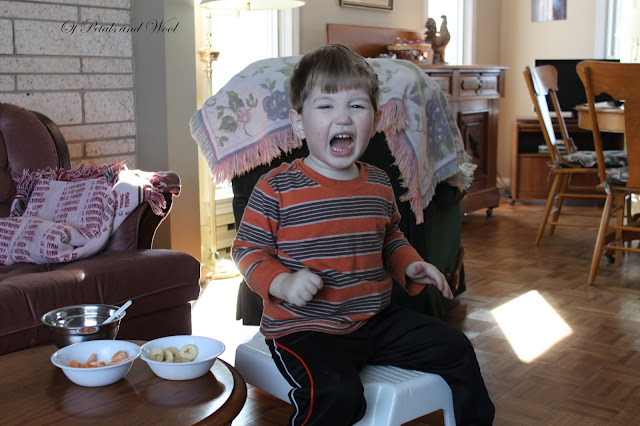 I told him to smile and instead he's hamming it up for the camera, the little toot. He's got snack of clementine, banana, and corn puff and great grandpa says that I'm spoiling him. I think they are healthy snacks... 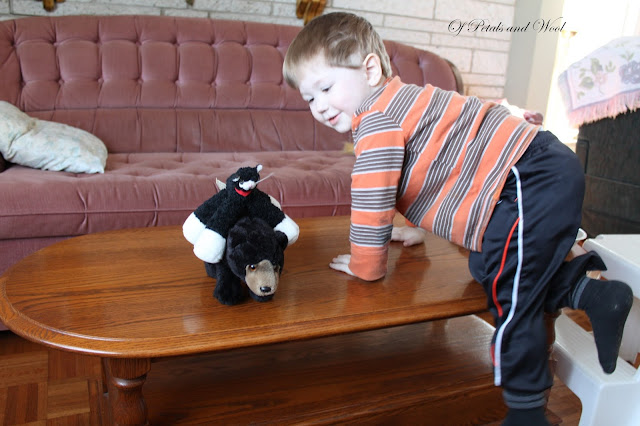 Climbing on the coffee table with his cat and bear. He thinks it's cool to have the cat on the bear's back. 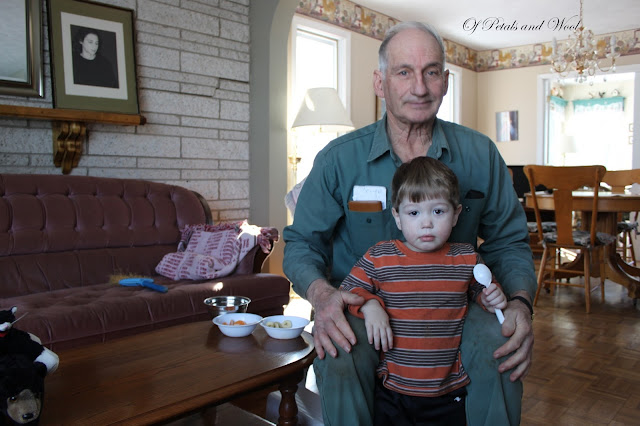 Great grandpa wants to have his picture taken too. Cypress looks so serious when he gets his photo taken sometimes. He looks right into the camera. 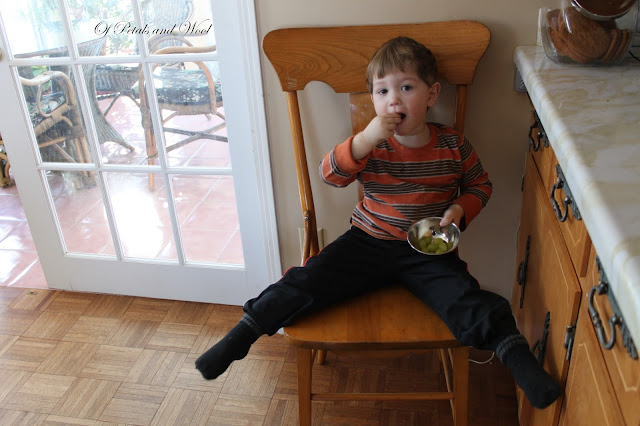 He climbed on the chair and saw some grapes on the counter and wanted some. 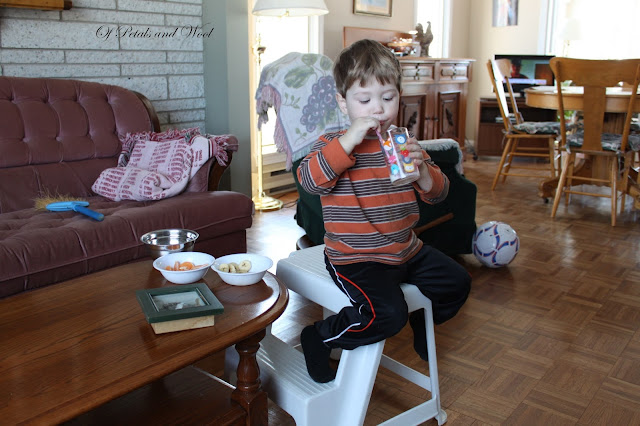 Now it time for a sip of milk. See the frame on the table. There's a rooster inside, what else. He got a little ice cream cone too but I didn't take a picture of that either. 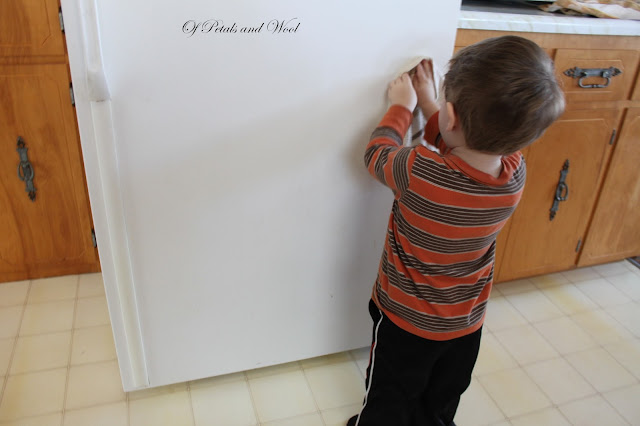 Cypress loves to clean and I gave him a damp dishcloth and he scrubbed the fridge door and he was also scrubbing my cupboard doors. They really need a good scrubbing.
I missed a good shot of him sweeping the floor and using the dustpan. I was busy making soup. 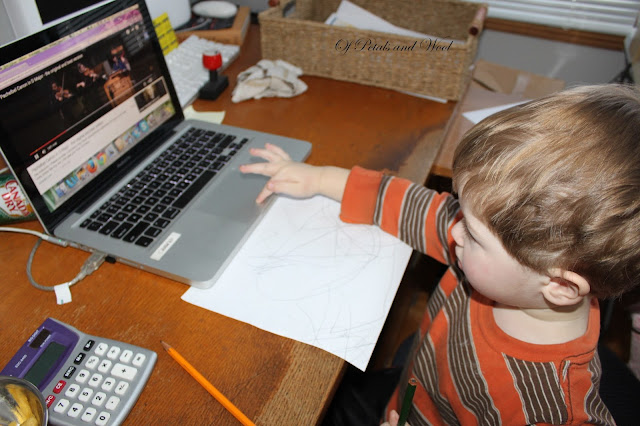 Last summer when I was babysitting Cypress, he was getting tired and I turned the music on my laptop to  Canon in D, by Johann Pachelbel; Original Version Youtube and he listen to the soothing  music and he fell asleep. Now he still love that music so much and he watches the ladies playing the violins and will listen to it for a long time. I find it very soothing too. 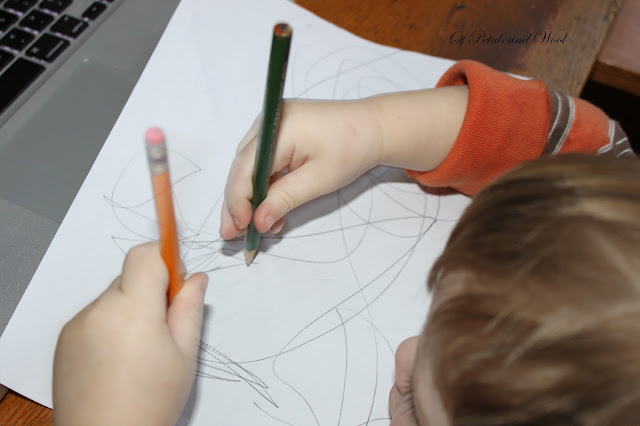 He was busy scribbling  and started with one and then with two pencils he found on my desk.

I hope you enjoyed this little bit of vignette with my little great grandson Cypress. I had a great time although I didn't get a lot done.
Thanks for visiting my little blog and know that I really appreciate your generous comments.
Spring isn't very far away. Stay healthy and safe.
Hugs,
JB

TOO MUCH STUFF IS WORST THAN NOT ENOUGH

Welcome to my new follower. Blogger has ceased to remove followers from my blog and it's nice seeing my number go up by one this week instead of going down... 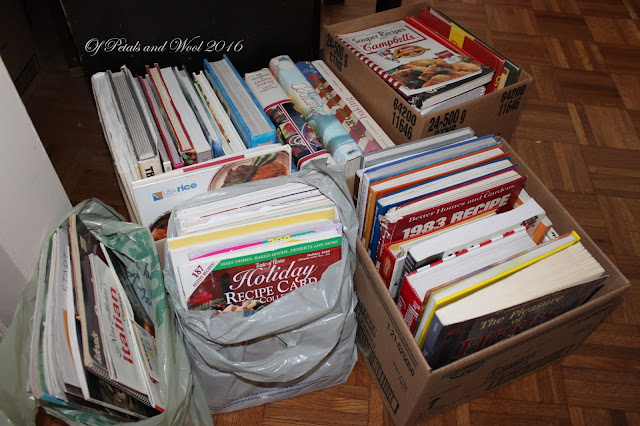 I'm continuing on my goal to declutter... I got a spurt of energy this week and I started to go through my recipe books one by one at every opportunity I got and slowly but surely as I put them in boxes and bags, I became totally detached from them. They will find a new home with The Salvation Army. They are good people and they helped us during the big flood when we had to move our cattle.

I used to love going through my cookbooks and trying to come up with some yummy meals but I would get overwhelmed by the choices and I realized that more often than not, I would end up making my old comfort recipes. I wish I could wiggle my nose and taste from the cookbooks but in reality it would only taste like paper.

Another thing I realized is that we are  basically using the same list of ingredients on a continuum but we rearrange them in different ways and cookbooks are OK but they are a money making businesses. I'm not a foodie but I love and appreciate a great variety of food including ethnic food.

I've wasted hours and hours going through those big full color cookbooks over time and enough is enough. I really don't need another recipe. Even though this is my second purge, I still have more than enough. I'll never live long enough to try them all, so as I kept going through my cookbook stash, I became less and less enticed by the beautiful pictures and the promising good taste, it was like I was too full and nothing looked appetizing anymore.

I still have more cookbooks to go through and will cull some more but I can live with less and live better. It actually already feels good to get rid of them. I won't be buying anymore. I bought the majority of those cookbooks at Value Village during their book sales and whenever I would see one that I must have.

I can find any recipe on the internet if I need to  find one for free.

Thanks for visiting and leaving your comments. I so appreciate them. HAPPY VALENTINE DAY everyone.
Hugs,
JB

AT LONG LAST I FOUND MY BALL

When my daughter Christine was here for Christmas she asked me for the salad dressing shaker she had bought me the Christmas before. I told her that I hadn't used it and frankly I had totally forgotten about it since I had tucked it in the cupboard way back then. Christmas time gets pretty hectic for me...

I searched in the cupboard and found the shaker and she wanted to show me how slick it makes salad dressing.  I opened the shaker and as quick as a wink the little heavy ball flew out and rolled under the fridge. We both tried to retrieve the ball with all sorts of contraptions, but try as we may, we just couldn't reach it from it's hiding place.

Today I remembered about the lost ball and I had the idea to bend a metal coat hanger and see if I can retrieve it. In a few seconds I had the ball out from under it's hiding place. 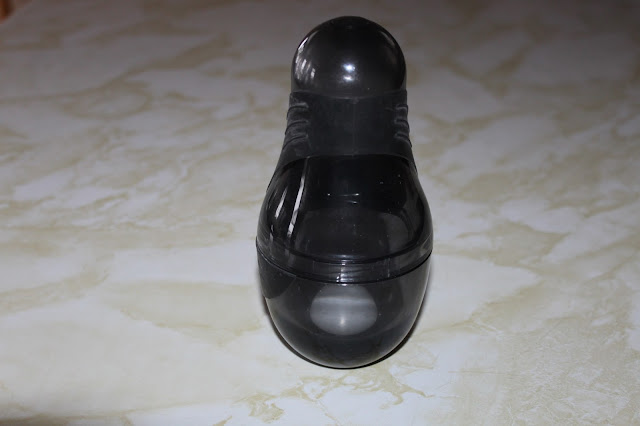 This is a pretty neat gadget and my daughter uses her all the time. I'll be using it too since I don't eat bought dressings unless they don't have soy by products. 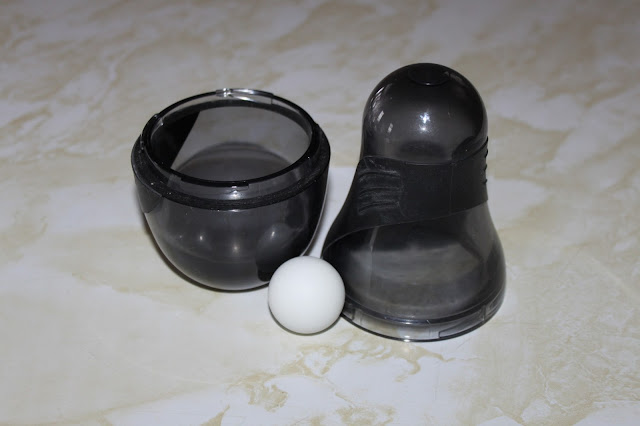 I might have to wait till the price of lettuce goes down to try my new found ball. lol.
It took me a long while to come up with that idea of using a coat hanger. My mind is slow but I guess it still works.

Thanks for visiting. Please leave me your comments, they cheer me up.
Hugs,
JB