UPDATE ON THE KITTEN AND THEIR MOM

I still haven't found a home for the kittens and the mother. They are on a waiting list at the SPCA.
I made them a water proof little house with boxes and covered it with carpets and plastic and weighed it down with some wood to keep the rain out. They have happily used their new little home to sleep and keep warm.
I usually feed them early in the morning before going to the barn. They always greet me and ready to eat.
This morning the cat and her kittens were gone before I got up. No signs of them. I called them and they didn't come. Noon came, the food and milk was still not touched. I had a sinking feeling that they had ventured off and became a meal for foxes or coyotes. They must have gone down to the river bank.

Late this afternoon the mother returned, half an hour later, a black one and a white one came, yet quite a while later, the other showed up. Although I don't want to keep the cats, I was relieved that they were OK. 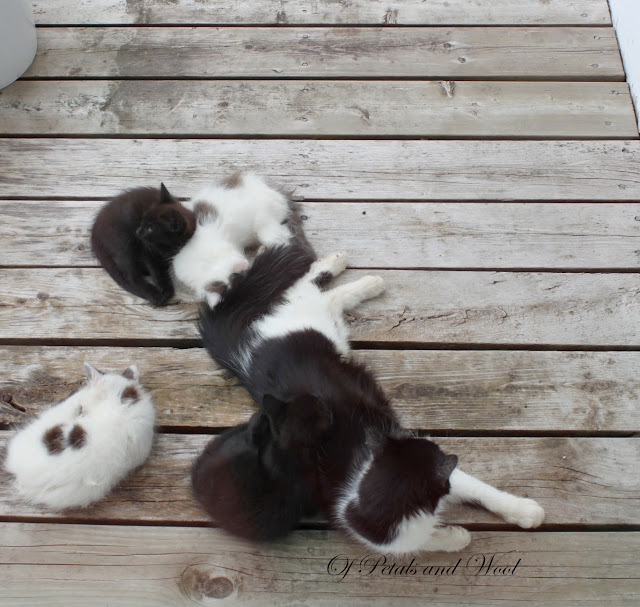 This is the first time they came  on my deck and decided that they would make this their home.The little one were very scared and unapproachable then. So it's was difficult to get a good pictures as they would all scatter away and hide behind the wood pile. That where they were sleeping at night. 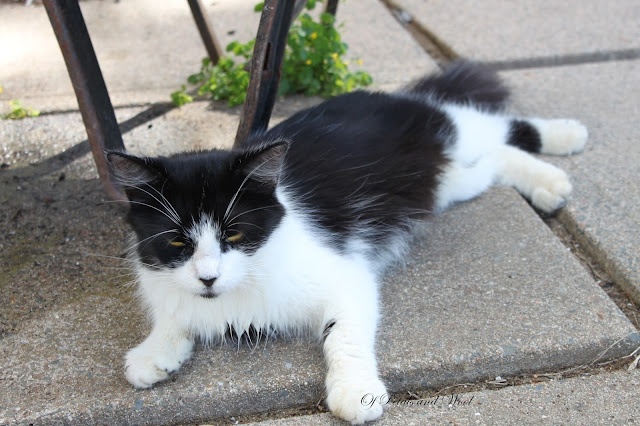 This is the long hair mother cat and so very friendly. She must have been a house cat that was abandoned at the farm as it often happens when the owner found out she was pregnant.  She always wants to come in the house but I think that she may have  fleas as I saw the babies scratching. 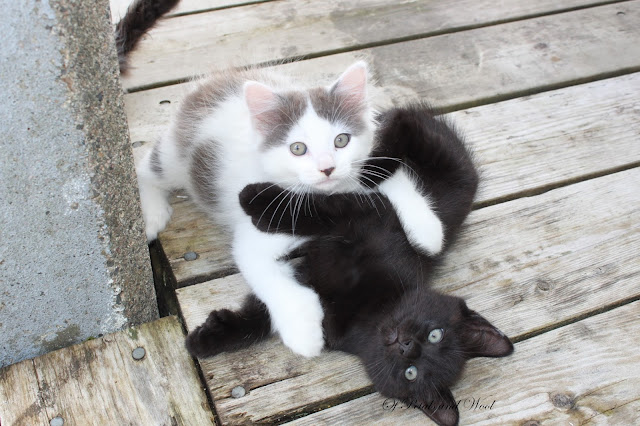 They are always playing and wrestling together. 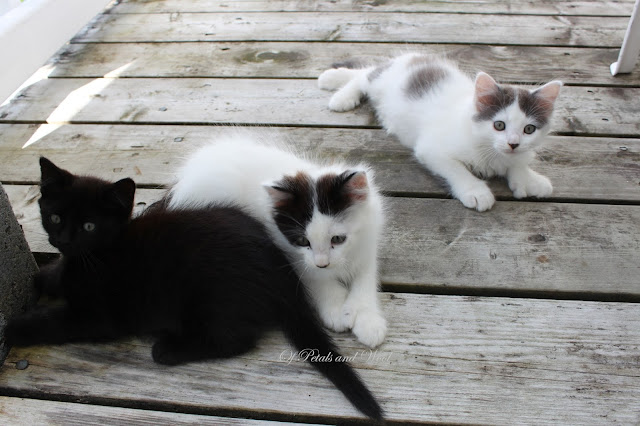 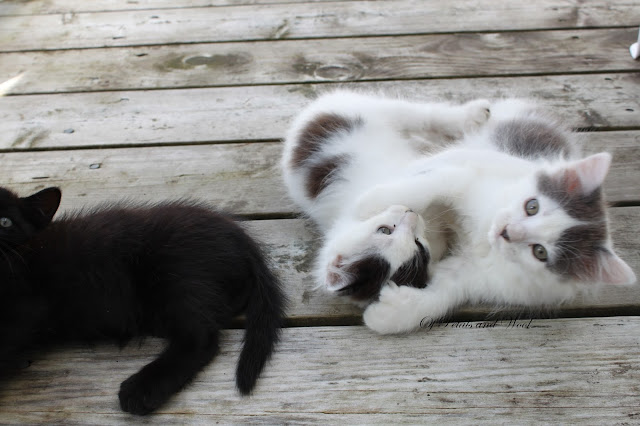 They are aware that I was taking their photos. 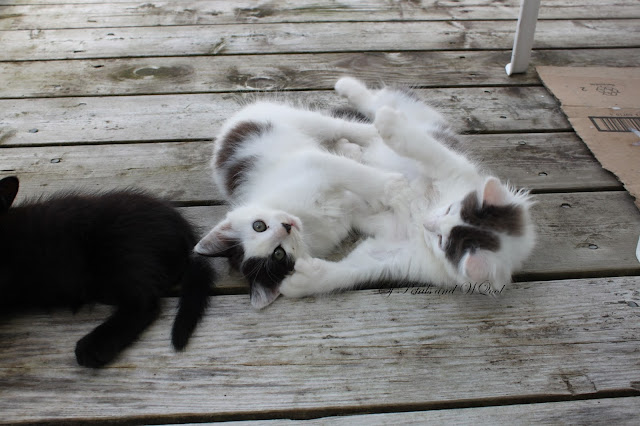 Now the other one is looking at me. 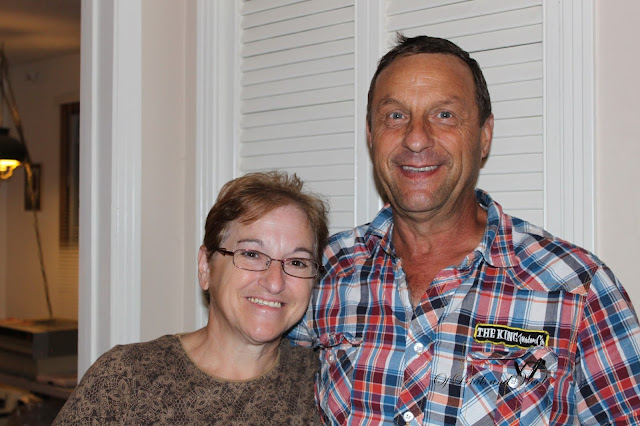 My sister Del and her companion Maurice came for a weekend visit.  It was nice even though I had to work at the farm. Maurice made a nice hot meal and we had some wine  and a great time catching up on news from home.

Thanks for visiting and leaving a comment. I appreciate you all.
JB