Remember, earlier when I was tearing the bricks out of my unfinished flower bed and I had to just leave it because it started to rain and it rained for weeks, well I tried to tackle the same flower bed today on the other end.   I can't work long in the sun and I have to come in often to cool down.  I didn't get much done today. I  was so tired that I laid down and set the timer for 30 minutes and fell asleep as soon as my head hit the pillow. Then I went to the farm until about 7:00pm. came in and ate and sat at the computer where I still sit. lol...

The last big flood in 2008 did a lot of damage to my flower beds, I'm just getting at unearthing the border and the bricks now. There was so much soil  and sand that was eroded from my vegetable garden that settled over the brick border and my prime concern was to remove the excess soil and sand and even gravel from the perennial beds so my flowers would survive and put back soil where roots were exposed... I lost a few species but most everything survived. 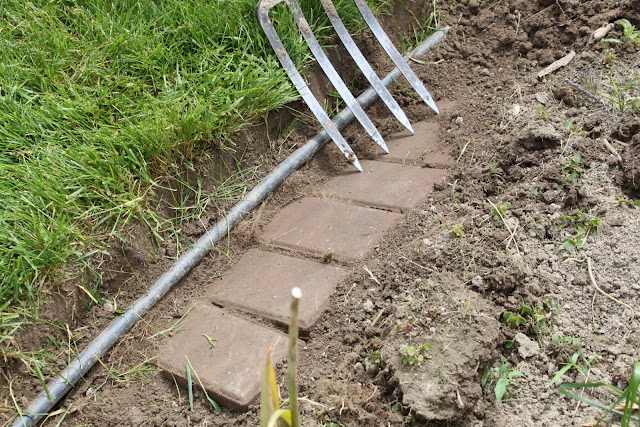 This is how deep I had to dig to unearth the brick today, even the border was buried. The bricks were totally covered with grass. 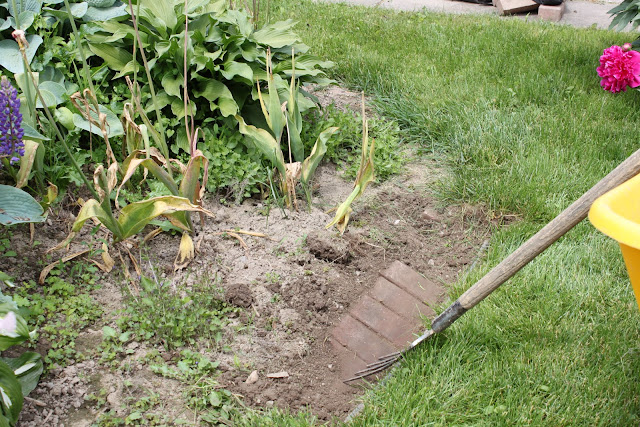 This shows the  curve border by the patio. The bricks were buried under about three inches of top soil and sand from the vegetable  garden. 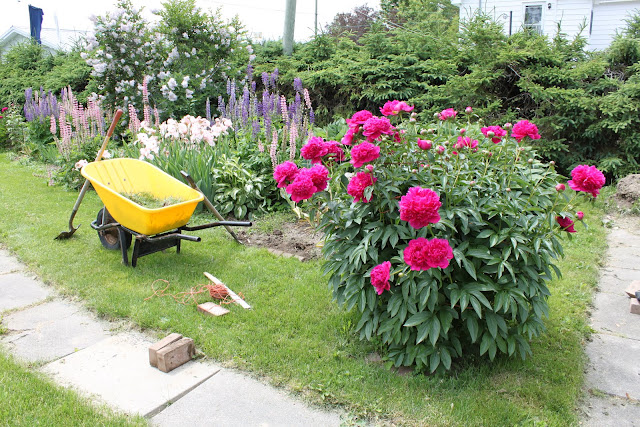 This is the bed I'm working on. The bricks around the peonies also were partially buried. 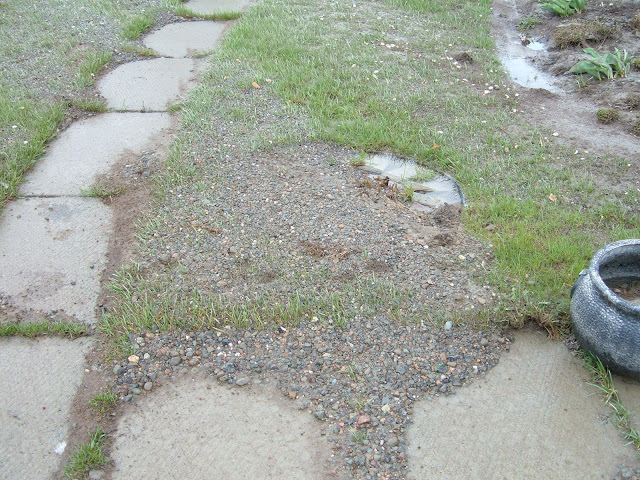 This is the peony bed from the above picture. Notice the soil built up on the upper right hand corner. The bricks are no longer visible. 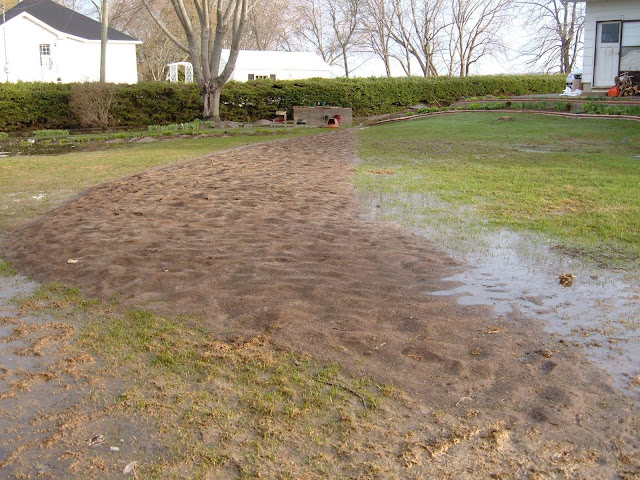 A lot of the sand from the vegetable garden ended on my back lawn.

I hope that I can muster up the will power to finish the job if the heat, the flies or the rain doesn't keep me from working.  When it's cool, I'm at the barn in the morning so it will probably be a slow process.

Thanks for stopping by and leaving a comment.  JB
Posted by Julia at 8:54 PM 26 comments