In one of my posts, I had mentioned that I made a yummy Kale soup as we had an abundance of kale and someone wanted the recipe. As nothing was normal this year, I didn't get a bag of soil to start my own seeds because the plant nurseries were all closed. Later on when it was time to plant I went to buy some transplants and thought I had bought broccoli as the label said but instead of 8 broccoli plants, I got 8 kale plants. 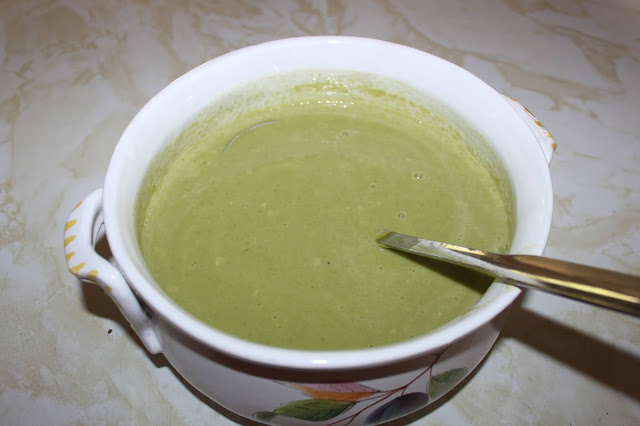 The author of this recipe is called Pinch of Yum. It was a printable recipe I found online.
I had a request for the kale soup from Newburyarts who left a comment on my blog.

8 cups of chicken or vegetable broth  ( I used chicken broth)

2-3 cups of kale, stems removed and chopped ( I added a bit more kale)

Salt and pepper to taste

Heat the butter in a large pot over medium heat. Add the onions and potatoes and saute until golden brown, 5 to 8 minutes, sprinkling with salt and pepper.

Add 6 cups of the broth and the kale, simmer for 5 to 10 minutes until the kale softens and becomes a darker green.

Transfer the soup to a heavy-duty blender. Puree for 2 to 3 minutes or until the soup is completely smooth.  (If you use an immersion blender you can puree right in the pot)

Transfer the pureed soup back into the pot and stir in the milk and the remaining 2 cups of broth depending on how thick you want the soup to be. Season with salt and pepper and serve.

Notes from the author:

This recipe is very adaptable, add more herbs, use more potatoes, more kale, more broth, etc. Also note, the more kale you add, the more bright green the soup will be. Also, the longer you cook the onions and potatoes, the more it dulls the flavor. You want them to be sauteed and golden but not totally mushy.

Stay well and safe everyone.

I appreciate your comments very much.