When my Husqvarna sewing machine jammed I tried to remedy the problem but this time I couldn't fix it. The bobbin holder won't sit tight and the needle managed to pierce the plastic bobbin holder three times.  The people where my machine was bought have since gone out of business and several businesses who used to repair sewing machine have moved also.

For straight sewing, I can still use my old Singer sewing machine but the zigzag disk is missing.

I needed to zigzag the backing for my rooster rug to prevent it from fraying so I went and bought the simplest serger overlock sewing machine I could find and lucky me, it was on sale. It's a discontinued model but exactly what I was looking for. I just wanted basic. So here it is. 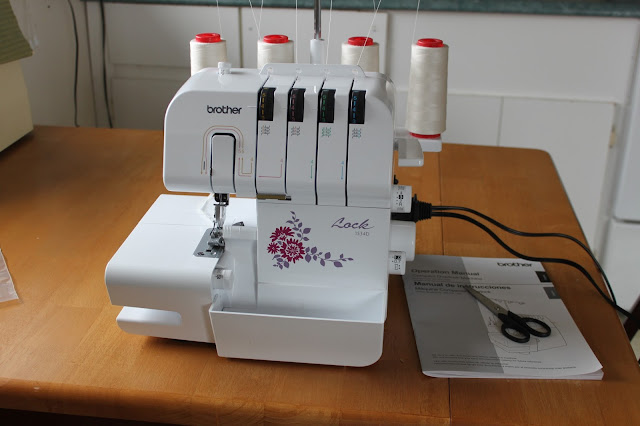 It has a little tray to catch the cut edges that fall after sewing, leaving a neat serged edge.
I've been wanting one of those for years but just couldn't justify buying one.
The machine looked a bit intimidating at first but after reading the booklet and viewing the DVD that came with it, I was amazed at how wonderful it is.

I know that you are probably tired of looking at Mr. George the rooster by now but for those who want to know how he was finished, this is the best I can do, step by step so bear with me. 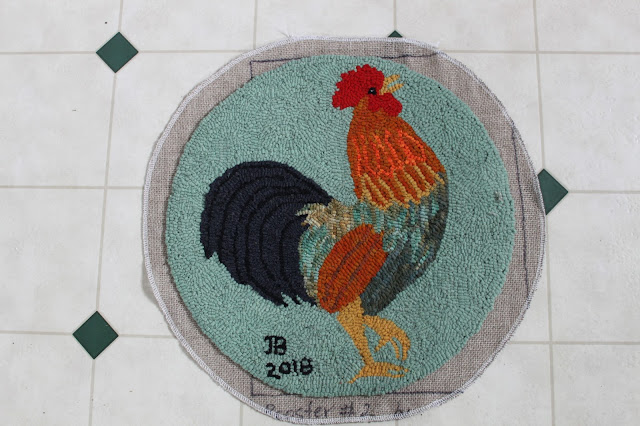 I cut out my backing a little wider than I wanted the finished edge and started sewing and the extra backing just fell in the little tray.  So enjoyable. That's it, a neat finish that won't unravel.

I folded the backing, leaving about a quarter inch beyond the hooked rug edge and I pinned the cotton binding tape carefully burying the end of the pins to protect my fingers.  Then I whipped around the edge with a double strand of Briggs and Little wool using a tapestry needle and it was easy to whip around without having to baste the tape. 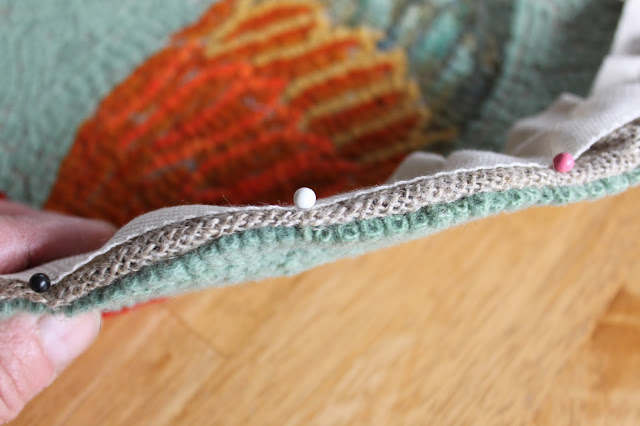 I make sure that I don't whip the hoops but close to the hoops.  I know it's difficult to see exactly how I whipped because I didn't take a photo of how I did it but this photo shows the backing isn't all hidden under the tape. It's out about a quarter inch. 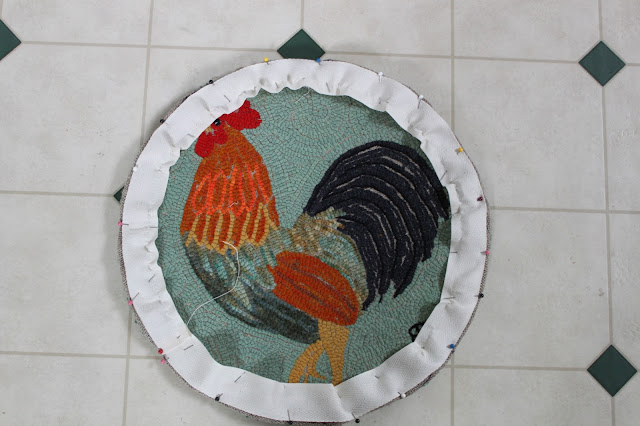 For this round shape, I pulled three thread in the tape to pucker it to make it fit better so I didn't have to make wedges I pulled one about 3/4 inch from the edge, then another one a little further down and the last one near the bottom of the tape.  It made fitting the tape so much easier. 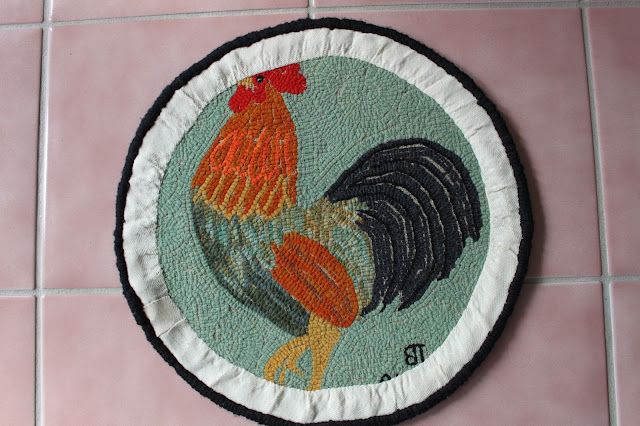 I had forgotten to add this photo of how the tape looked after I finished sewing the base of the binding tape. I should have steamed the binding before taking the photo. 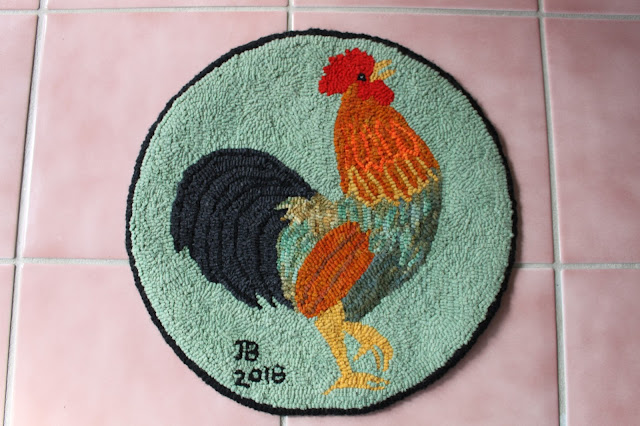 To make a smooth whipped edge, I hold the yarn with my left index finger to make sure the double yarn isn't twisted or get tangled as I whip and it also prevents me from pulling on the yarn too hard and making a hard hedge.  I'm right handed so I always hold the right side of the rug against me and start by inserting the needle from the back, hiding the two ends of yarn under the tape or backing, making sure to have one end going one way and the other going the other way. I try to whip the end of the yarn to secure it. I like to cut very long lengths of double yarn for whipping so I won't have to thread my needle so often but that's just me. 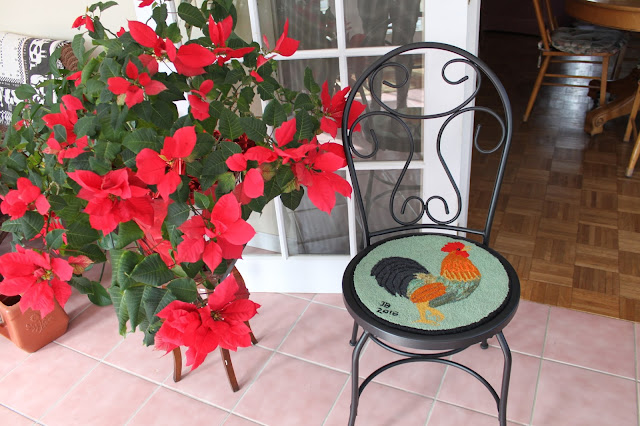 Now here is Mr. George the rooster on his perch.  I used a large wooden hoop to draw a circle on my pattern and I was pleased that it fitted the bistro chair perfectly.  Now I need to hook a Julia chair-pad for the other bistro chair. The poinsettia was given to me two Christmases ago by my daughter Christine. One of the plants in the pot died from neglect but when I paid attention to it, the rest of the plants recuperated and is still blooming.

Thanks for your visit and I hope you'll leave a comment to let me know you were here. I hope your weekend looks like spring has arrived where you are. It was a beautiful spring day here today.