THE WEEDING IS DONE 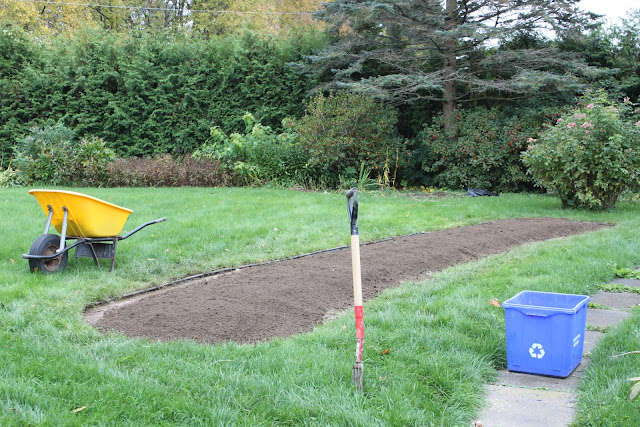 Just a few pictures to show that after all this time I finally finished digging weeds and replanted this perennial flowerbed.
It has rained so often and circumstances got in the way so it took me much longer than I had planned.

It won't look grand next year but with time it will look nice. The border still has to be fixed but that can wait till much later. 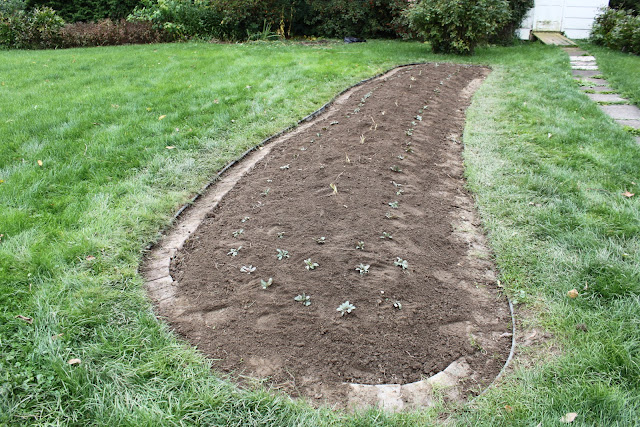 In the centre instead of an assorted varieties of daylilies I planted tall red daylilies. They will bloom after the yellow flowers are done. I hope that they survive the winter and that we don't have a flood again this coming spring because they will all float away since the roots are not anchored down yet. Hopefully they will grow. The grass is so long and thick since I haven't had time to cut it but at least I have grass.

More weeding in the works.  JB