IS SANTA FOR REAL?

A couple of days ago I was answering one of the questions posted by Patrice  of  Everyday Ruralty blog. She was asking "Did you believe in Santa as a kid?"My answer was yes  until I discovered quite by accident  that my father was buying the toys and hiding them in the compartment under the sofa bed. I was so disappointed of course at loosing the magic of Santa.

My newest grandson is checking it for himself, unlike me when I was young many, many years ago, I had to go on blind faith that Santa was real. James is quite taken by Santa and feels safe in his arms. A nice looking Santa, I must say... 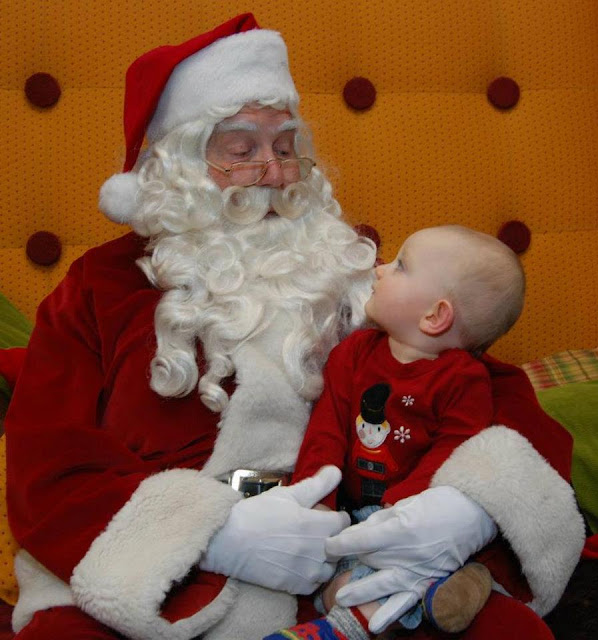 IS THIS REALLY SANTA, HE LOOKS REAL TO ME. HE HAS A CURLY WHITE BEARD AND A RED SUIT AND FUNNY GLASSES 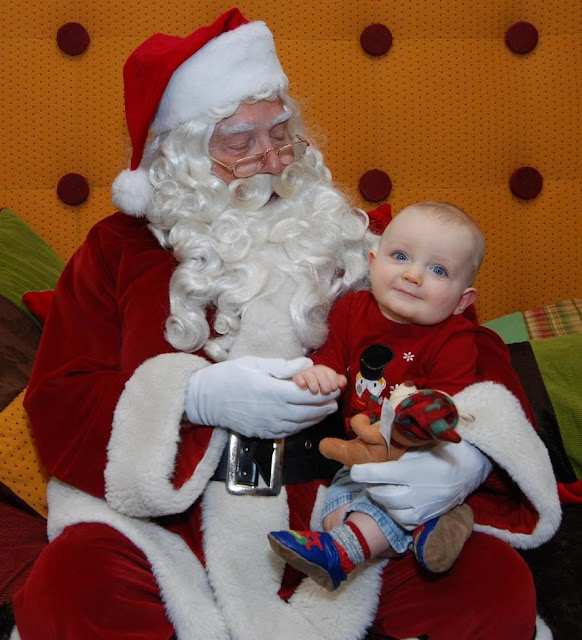 I'VE BEEN SUCH A GOOD BOY, EVEN MAMA AND PAPA SAYS SO... GEE, I CAN HARDLY WAIT FOR CHRISTMAS. I WONDER WHAT TOYS HE'LL BRING ME... 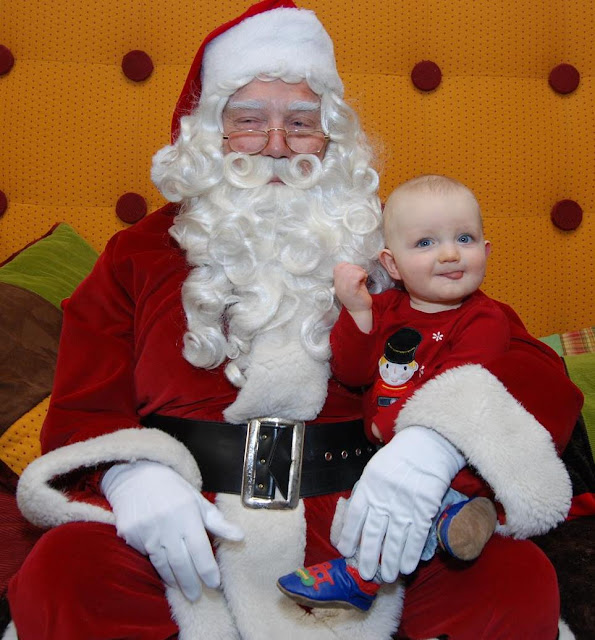 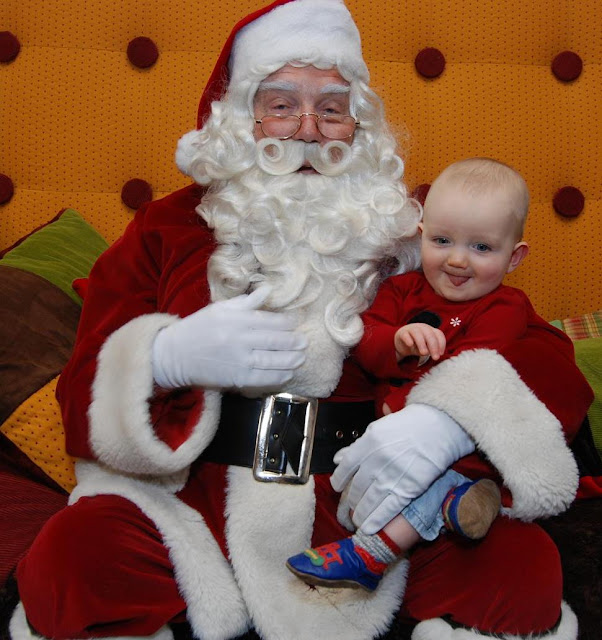 This past Sunday after my husband and I were finished work for the day in the evening I came home to start cooking supper while  my husband went to bring the expectant heifer in the calving pen for the night but he discovered that she was in the process of calving. He call my cell.

I went back to the barn to help and it was a huge bull calf that we had to pull out. The chain was hooked to the calf feet but he was too big and we couldn't pull him by ourselves.

A winch was attached to the chain  and my husband was telling me to crank the ratchet on the  winch and to push on the chain at the same time. Well, I was cranking the ratchet and I was putting some weight on the chain  and it was getting more and more difficult  to crank. It was quite dark in that part of the barn as the light had been broken and not replaced. I was huffing and puffing and when I took my eyes of the calf and looked down I saw that my jacket was getting caught in the cogs of the winch.

Now what. I couldn't get myself out and I couldn't crank anymore. My husband had to let go of the calf, hell, ( he wasn't going anywhere anyway,)  and get me unstuck. One lesson I learned, I can't push and crank at the same time, ha ha ha.

I was telling my husband, stop pulling, let him hang upside down for a minute to clear his lungs.  I never saw so much amnionic fluid coming out of the calf's nostril. It must have been a good quart of fluid. If it's not cleared up quick, they can drown in the amnionic fluid.

The calf was then pulled out and his mouth cleared with clean paper towels and his nostrils wiped and he slowly started to breath on its own.

Then the heifer has to be brought all the way to the other end of the barn to be milked for the first time but she just didn't want to go in. It took us about 15 minutes  of chasing and going back and forth to get her in the milking parlor.

The calf drank 2 full bottles and the cow was returned to the pen with her calf. Equipment had to be cleaned, new bedding put in her pen and we both got home at 9:00pm.

This week I received my give away  book from Nezzy's blog at Cow Patty Surprise. What a hoot she is.
I'll show and tell about the book on my next post  I hope as I wasn't organized enough to take a picture of it for this post.

Thanks for stopping in and leaving a comment. Keep warm and safe and have a joyous weekend.  JB