The house is permeated with the aroma of homemade Lady Ashburnham pickles and it feels homey. I had some overgrown cucumbers in the garden and they were perfect for making a double batch of pickles. My husband love Lady Ashburnham. I mean that he love the pickles that is.
He helped me peel a mountain of large cucumbers. We scooped the seeds out  and chopped them and put them to brine over night in my huge pot. 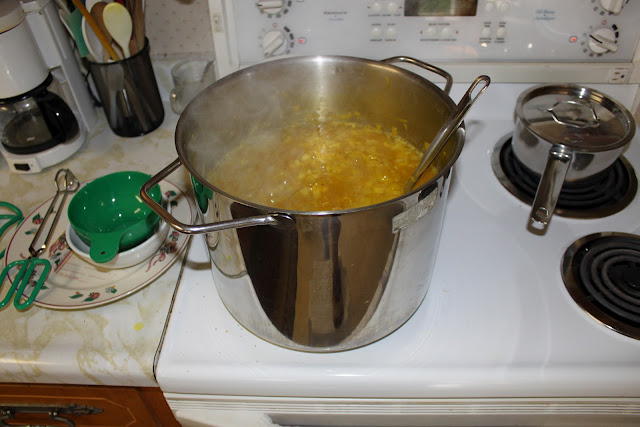 My pot is so large that I can make a double batch, no problem as they have to cook for a whole hour before bottling them.  I have to stir often so it doesn't stick. When I make other kinds of pickles, I don't double the batch as they get too soft but with this recipe they have to cook long. 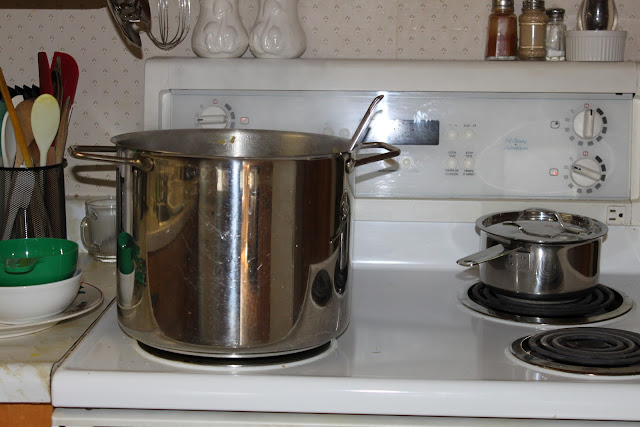 This is to give you an idea of how big  the pot is, no it's not the spaghetti pot but I love this pot too. 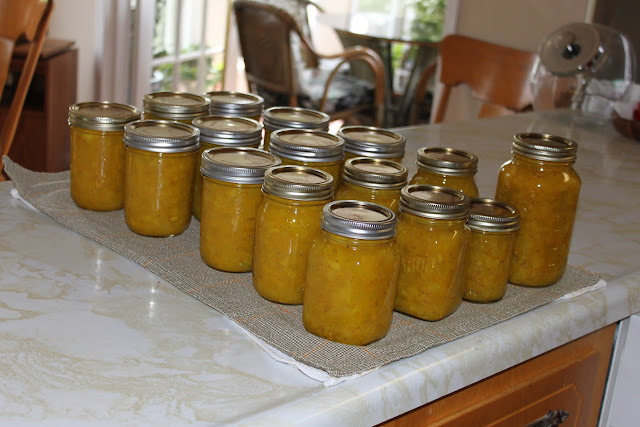 Here is the result of all that hard work. My legs were tired from standing for a long time so I thought that I would sit down at the computer with a hot bowl of corn chowder and do a post.

I hope that you all are having a super nice day. First day of school for the kids  in our area. I hope that they all get neat teachers. Thanks for stopping by and leaving a comment.
JB