I'M BACK FROM MY 5 WEEKS VACATIONS

I had an uneventful flight in what look  a bit scary to me. The small Jazz plane looked old and worn out with crackled paint that was chipping and dirty black streaks.  I was sitting by the window in the 7th row near the back and thankfully had no passenger next to me so I played card games of Freecell on my MacBook Pro to pass the time away until we got home. It sure made the time go by real fast.

It was very cloudy and all we could see was white all around until we hit closer to New Brunswick. It was dark as we arrived and the city lights were so pretty from the air. My husband was waiting for me at the airport with a big smile. He had a stir fry all ready for me when I arrived. Most of my house plants were in great shape and blooming and the house was clean.

I resumed my farm duties first things this morning and got reacquainted with the older calves and met the new ones. There was also a litter of new kittens.

in a vacant calf pen that had some hay in it but needed to be cleaned but we have to wait till the mother moves her litter first.

I really didn't do much at home except bake some Cinnamon Biscuit Rolls, clean up my mess and made supper and got caught up on my emails and blogs this afternoon.

I've been real slack about posting on my blog lately but I have lots of photos of James and Daniel so you will get sick of looking at my grandkids but I have to post them for my family. 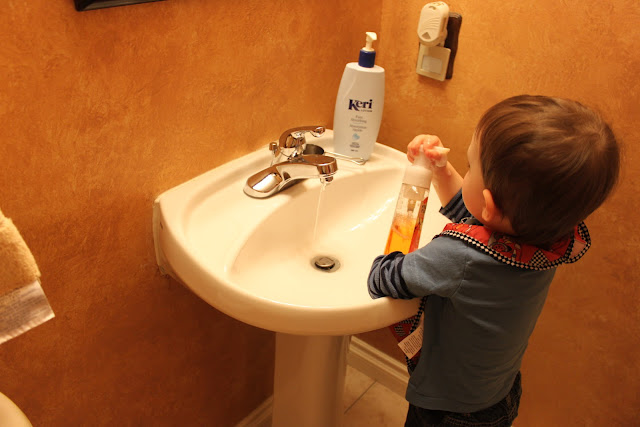 James has learned to wash his own hands by holding the bottle with his left stump and squeezes the foaming soap and spreads it on his hand. 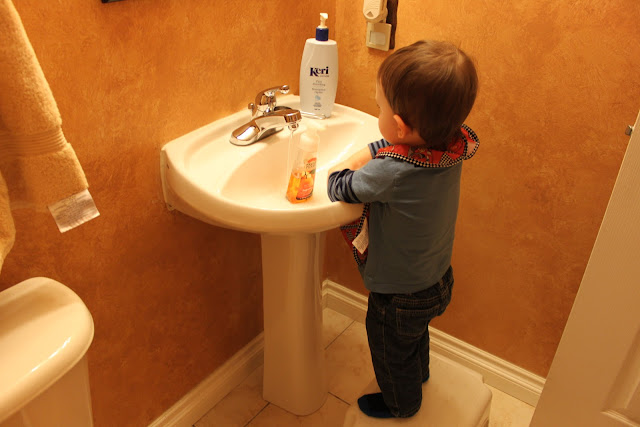 For those who don't know about James, he is missing his left hand from birth and he uses his little stump to do a lot of things. 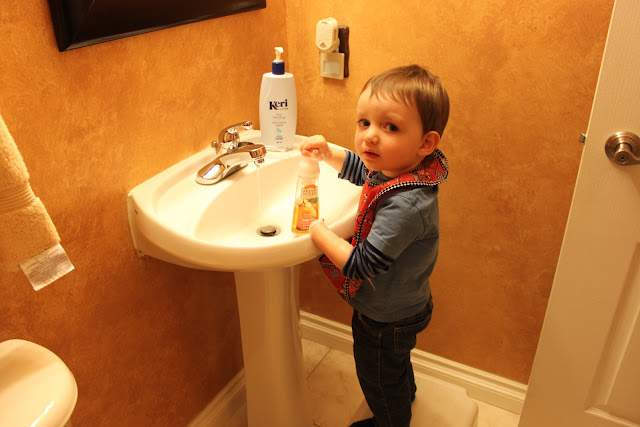 He realized that he's being photographed. 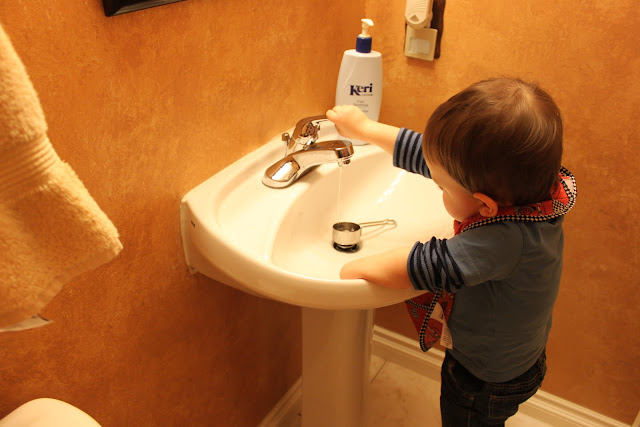 He can turn the water on and off and even adjust the water from cold and warm. His favorite thing to do is fill a little measuring cup with cold water and then he drinks from it. 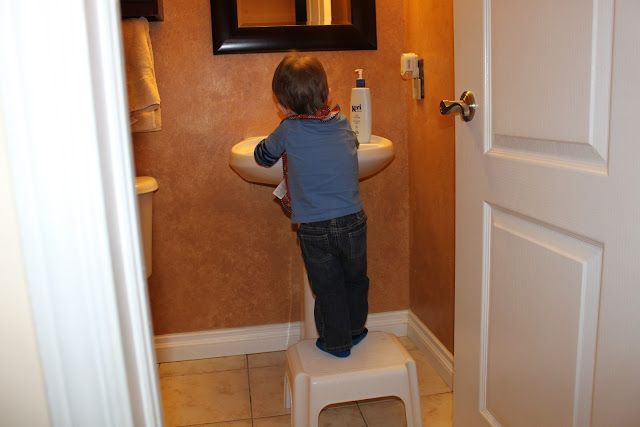 The little guy needs a little stool to raise him up. He's only 2 years old after all. 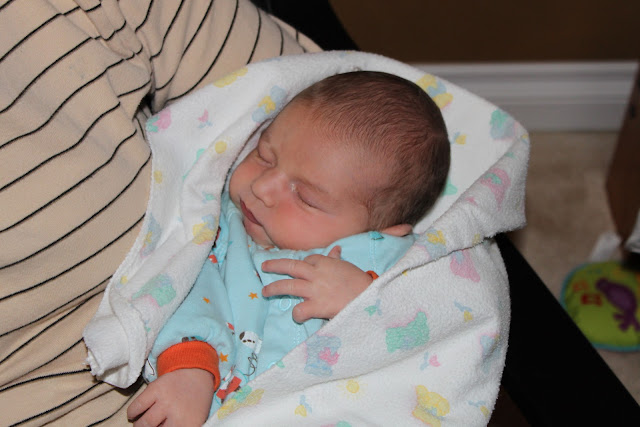 Here I'm holding a sleeping Daniel, what a job... 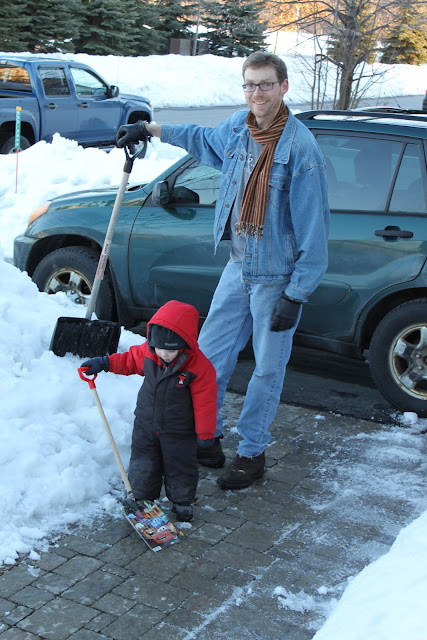 James love his little shovel and he also love to help his dad to shovel snow. 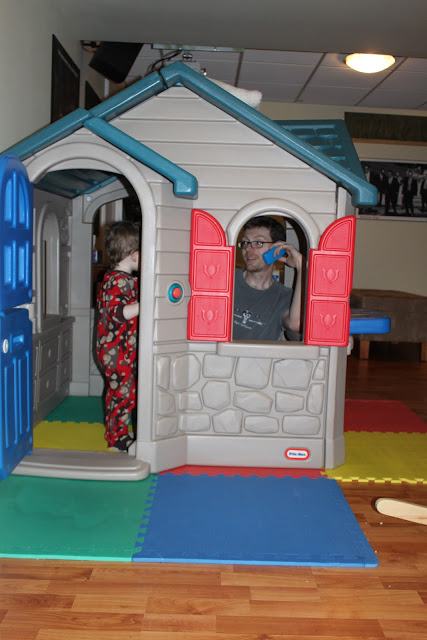 He like to play in his little house with dad. He's got a phone call for dad. 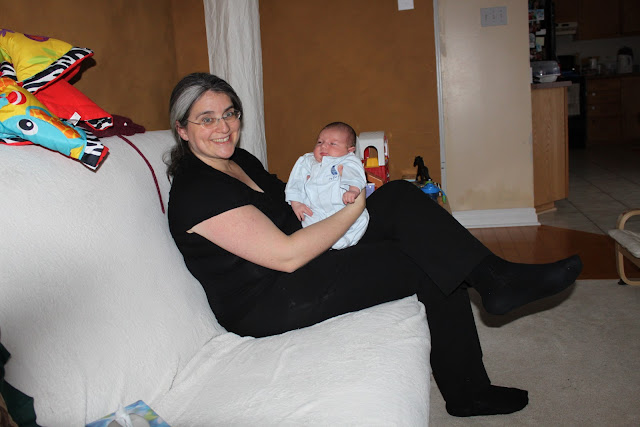 Meanwhile, Mama is upstairs with Daniel. How he's growing fast. Look at those cheeks. 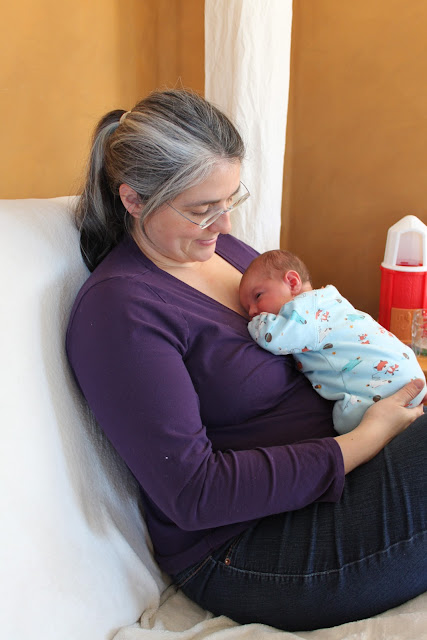 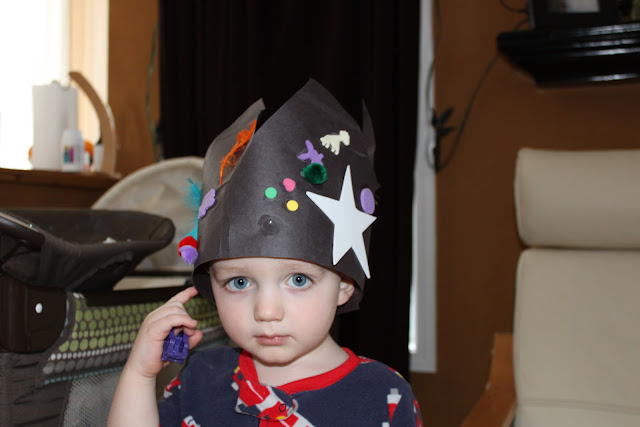 James is wearing his paper hat that he worked on at Day care. He has been wearing this hat now for at least three to 4 weeks and he only lost a few stick-on circles. 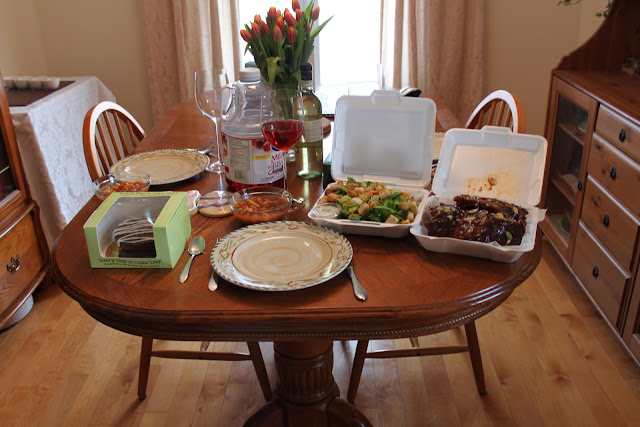 Look at the nice meal that my son in law's boss sent as a welcome home baby  gift. This meal was catered and delivered on time for supper. Tender spareribs, salad, Italian soup. cake and 2 huge decorated cookies  and there was enough for three adults. 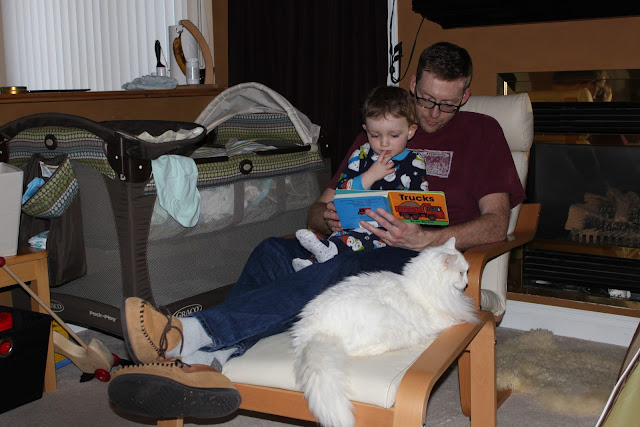 Winding down before bed, daddy reads a favorite truck book to James. 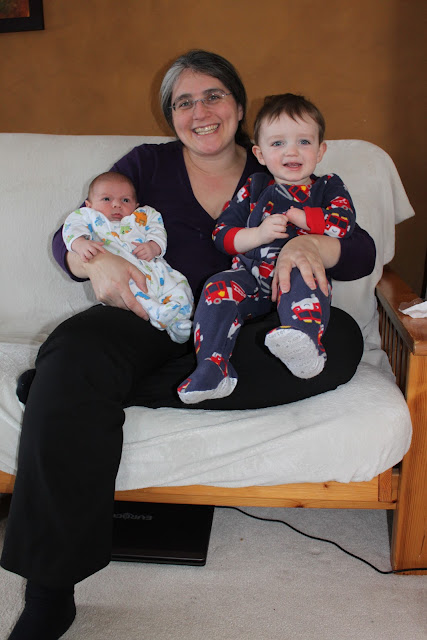 That's all for now but I have a lot more photos that I'll be posting as soon as I have some spare time.
Thanks for stopping by. I hope that you all had a great Easter weekend and that you are all eager to start to do some spring things. Have a good week.
JB