On Friday I wanted to cut my grass one last time before winter sets in but I must have flooded my lawnmower because it wouldn't start so I didn't want to wast the beautiful weather on Friday to work outside. My thought turned to the unsightly hedge... I left the lawnmower under the Gazebo out of the rain. 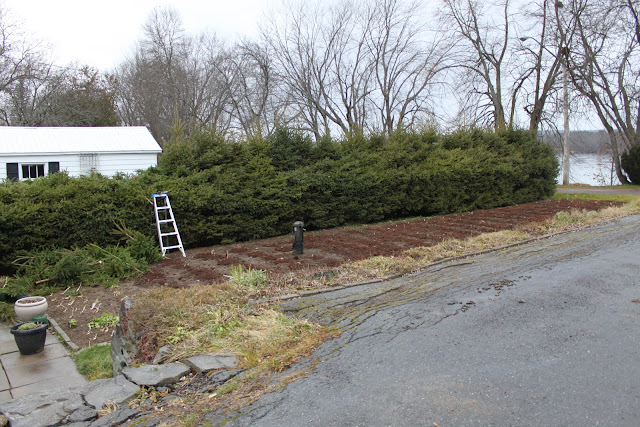 This is all I have left to do on the edge. I'm not going to trim the edges, I just want to be able to tame it a bit.


We used to have a nicely kept spruce hedge on the left side of our property dividing our property with our nice neighbours. My husband would fertilize it and the neighbour would trimmed it carefully. He was retired and had plenty of time. It always looked nice.

Then one day his wife got Alzheimer and the stress was too heavy on him and he got a stroke but was lucky to be taken to the hospital early and made a great recovery but had to move to be near his wife in the nursing home.

My son bought the property but had no interest in keeping the hedge clipped. There were hornets in the hedge and I didn't want to tackle it either or hire someone to do it for fear that they would be attacked by the hornets.

The hedge has grown wide and high very fast. I was going to hire someone as soon as it got cold to trim it but I  remembered that my daughter had bought  me a huge pair of Anvil with a ratchet head a couple of Christmases ago from Lee Valley...  Nothing like it... I love them a lot .
By golly, I'm a gonna try rather than pay a lot of money on such a big job. 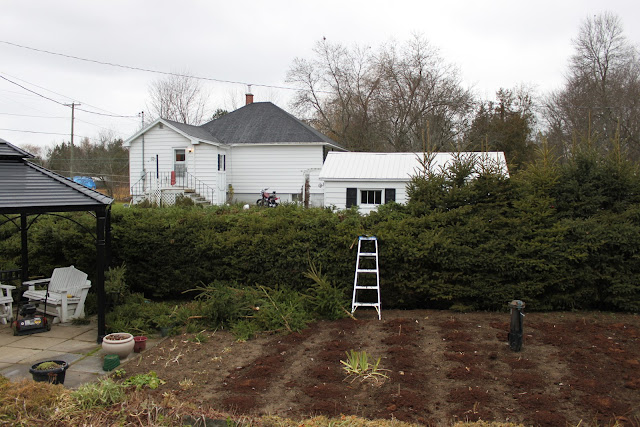 Now I can see my son's house on the other side. Some of those tops are as high as my step ladder.


I got my step ladder out and my prize cutter and a hoe to reach the cut off tops and I tried my best to see if I could do it. I didn't had much time between farm work and errands in town but at least I'll find out if I can do it.

My first few tops cut out without too much trouble but one top was a bit out of reach when I spotted my husband leaving the house and he came to cut that one top for me and went back to the barn for important business before he left for the weekend.

Then I remember, the handles extend to 41 inches. duh... Now there was no stopping me until I had to go feed the calves and do my barn chore s again.

Saturday morning it was mild and  again I had farm work and  lots of errands to do and grocery and it was misty in the morning but after lunch it was raining lightly and I put a cap on to keep my head dry  went back up the ladder and continued my cutting until my son came out of his house and could clearly see me now peeking over the hedge and told me it was time to go feed the calves  again.

On Saturday the back of my legs were sore for stretching for so long on the ladder  and they were still a wee  bit sore today too but not too bad. I still have a ways to go before I'm done  but at least it will be a lot better than it was. 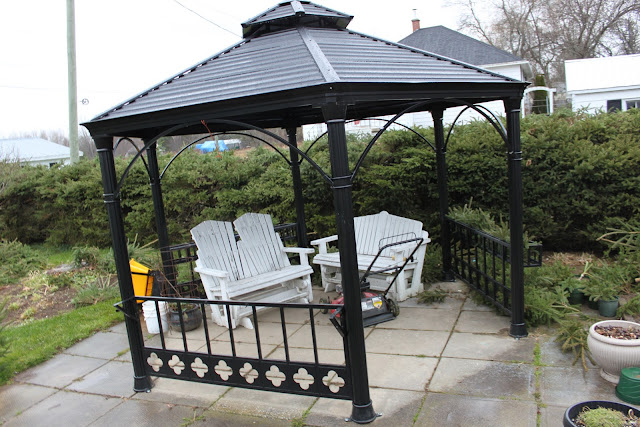 The lawnmower is still out of the rain 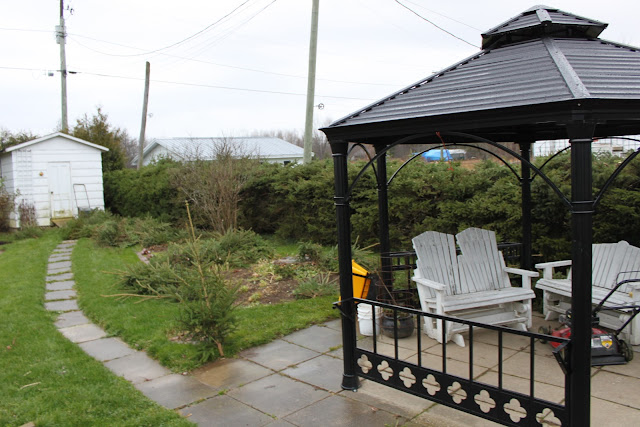 I started cutting by the shed so that if I couldn't do the job, it would not be too noticeable.

Now I have tons of small Christmas trees and I wonder what to do with them. I can pass them through my chipper. Yes, I have a chipper.  Maybe I'll decorate  some of them. Maybe someone needs branches to put on their plants. I was going to take a picture of my cutters but I show them on my next update.

My husband is back from his trip out of town for the weekend so life is back to normal on the home front. I was so busy I never pulled a single hoop. Today has been way too cold to go up the ladder.

Life is never boring around here.

Thanks for visiting. Have a great week everyone.
JB