I finished hooking my rug and called it Geological Landscape after my daughter Jackie told me that it reminded her of something geological. I was wondering what to call it so that fits the bill.
I need to dye some yarn to whip the edges. I'm leaning toward medium brown or med green but think more toward medium brown. What do you think. 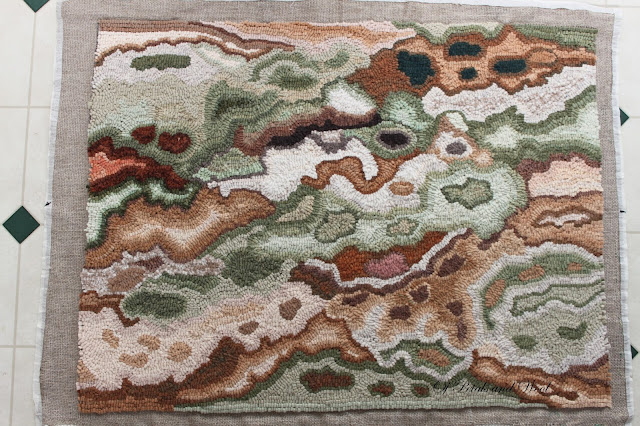 I used a lot of worms left from my Grandfather rug and I dyed the rest. This was not a stressful rug to do and I just drew freehand on a piece of leftover linen backing. It was inspired by Saundra L. Brown Sycamore rug.  I hooked colors that went well together and that's about it.

Now some photos of James 5th Birthday. He's so interested in spiders and bugs. 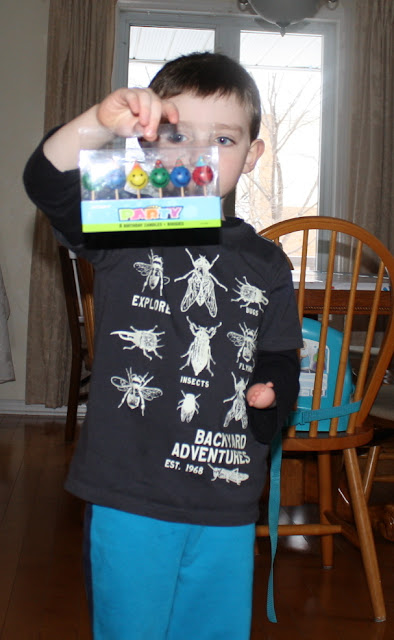 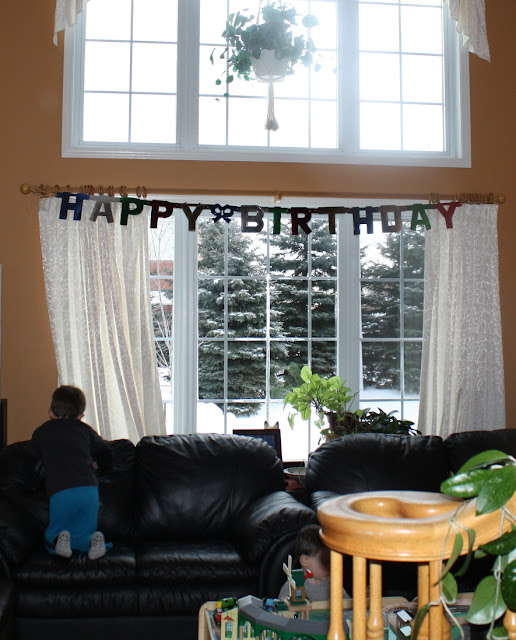 I think he's waiting for his friends to arrive. 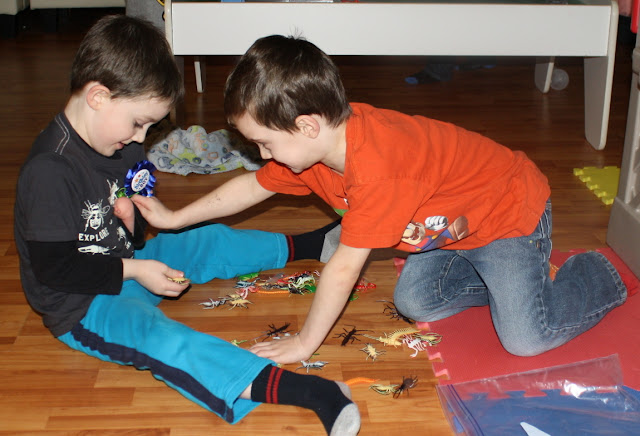 These must be one of the gifts. 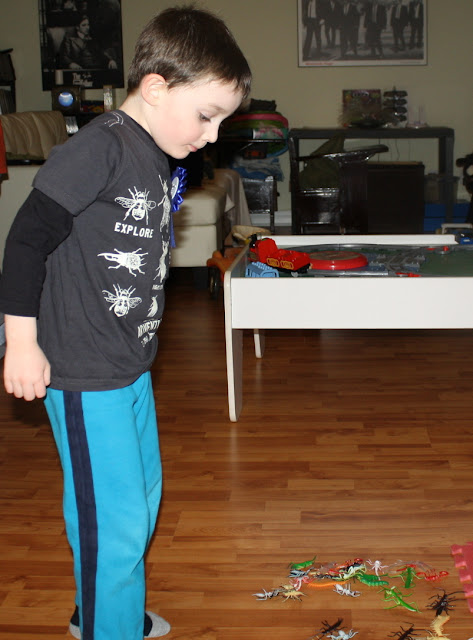 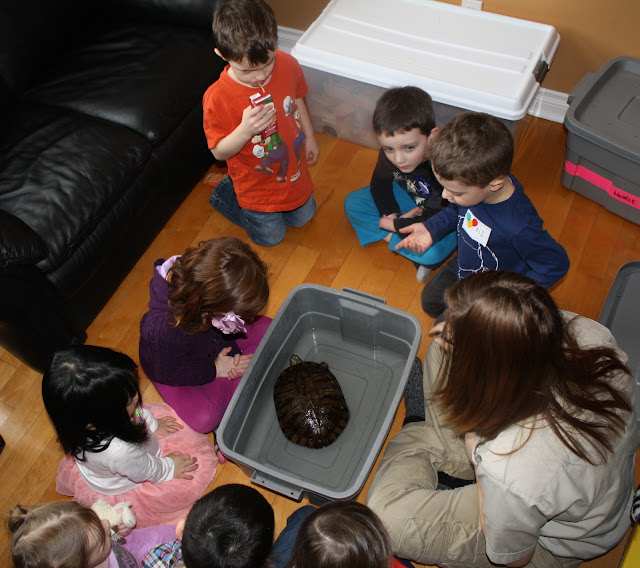 The kids were not allowed to touch the turtle, must be for health reason, but they love to look. It actually pooped in the water. 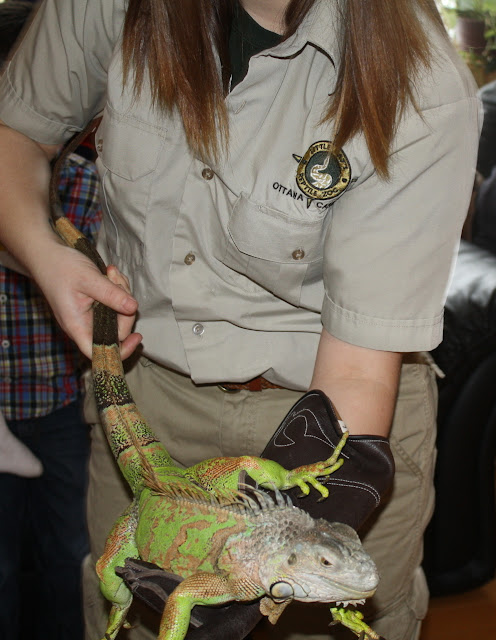 James touched the Iguana including a big black Tarantula that he let walk on his arm. Mama was busy and did not take a photo but dad got it on video. 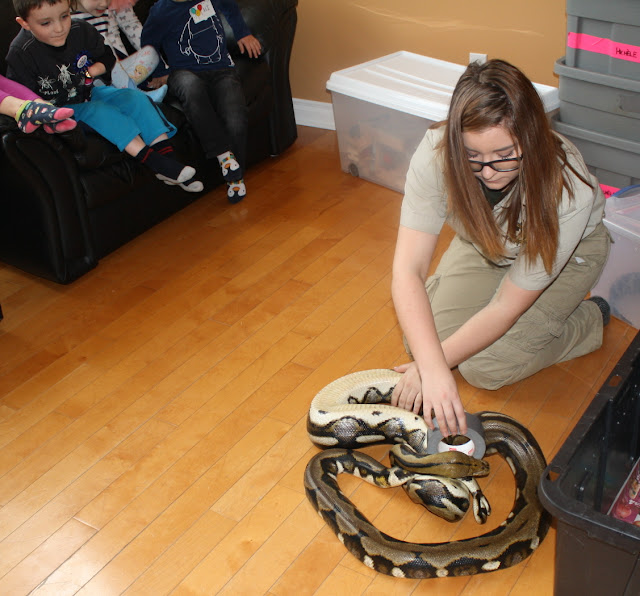 Next was this big snake 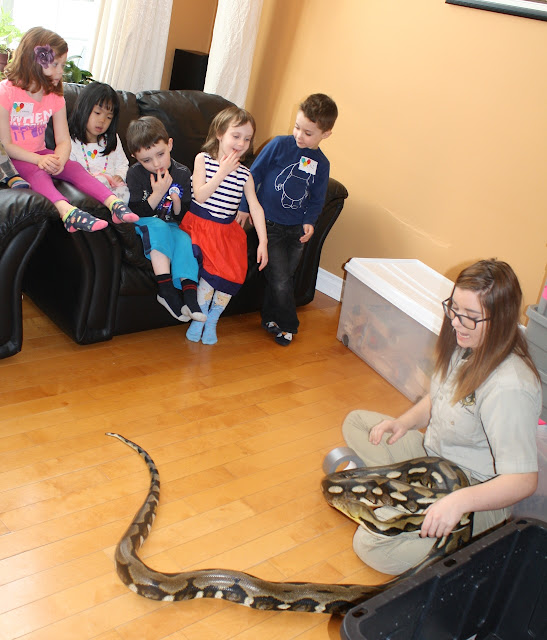 James  and some of his friends touched it along with two girls, the rest kept their distance. 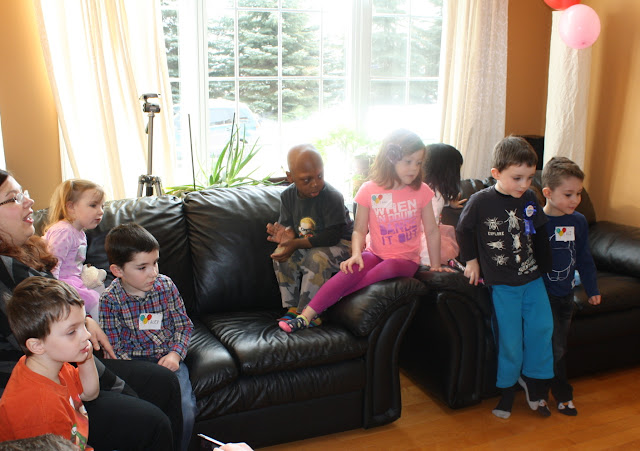 Some of the kids are keeping their feet off the ground but James wants to touch the snake. 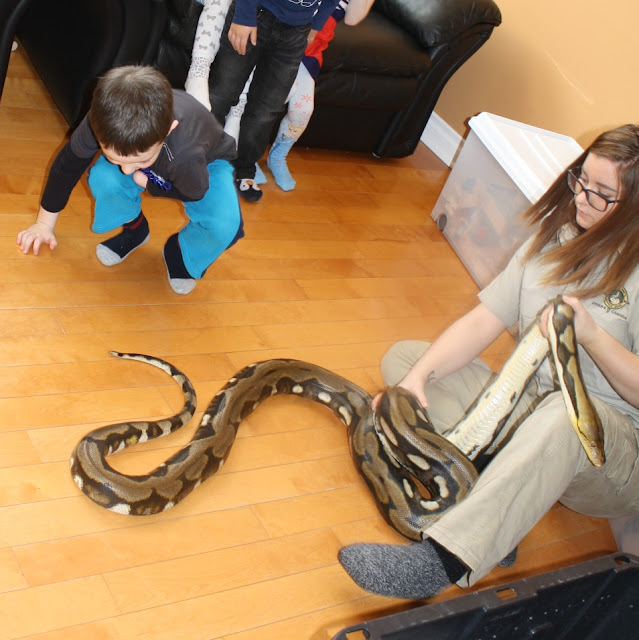 James is coming over to touch the snake. 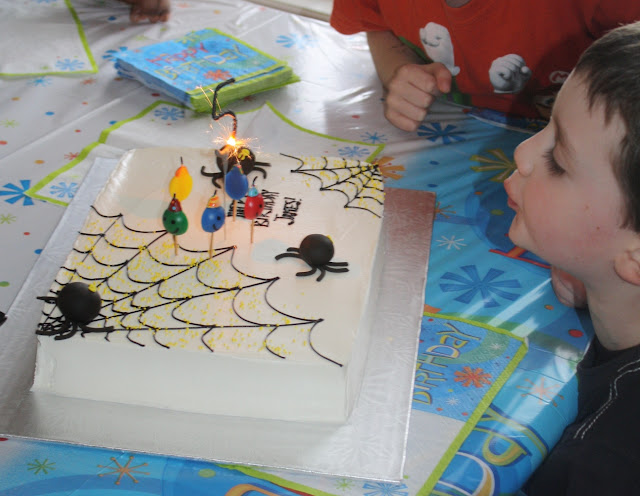 Now is time to blow the sparkler, lol... 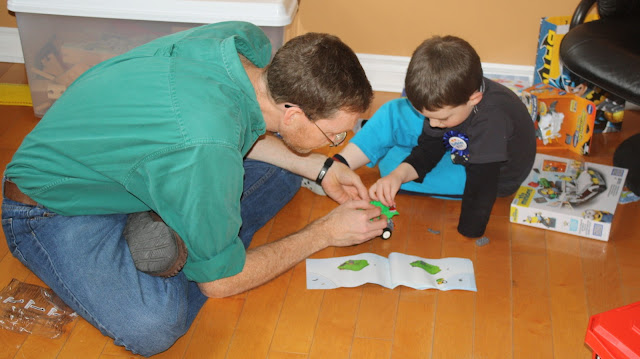 Dad is helping assembling a toy. 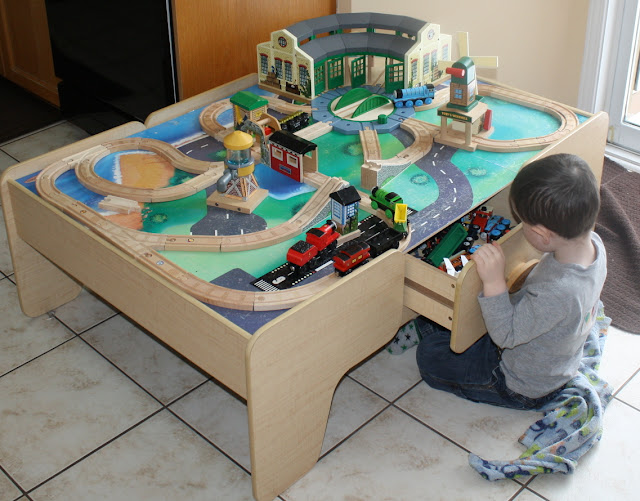 Daniel was disinterested in all the party stuff and kept playing with his trains with is special car blanket by his side.
Even without Daniel's participation the party was a great success. I bet Daniel came when the cake and the food was served.

Thanks for visiting and leaving a comment. Stay safe and warm.
JB
Posted by Julia at 9:18 PM 32 comments