Email ThisBlogThis!Share to TwitterShare to FacebookShare to Pinterest
Labels: Alleluia

IT'S COMING TO THE END

I'm so glad that it's nearing the end of calving for this month. I'm beginning to feel like a cow. We have two more to calve and I hope that I can take a break for a little while.

There was a big bull calf born yesterday morning and another big heifer calf born this morning. I was running out of room to put them as the nursery has only 10 pens and I had one pen with two occupancy,    ( a bull calf and a heifer calf). These tow in the pen together were born on Monday. 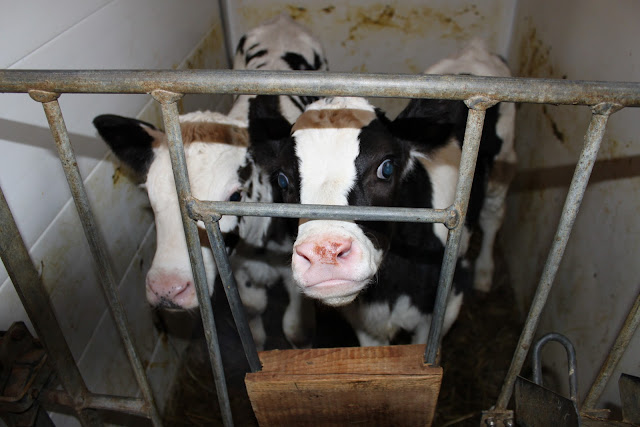 The bull calf is on the left and the heifer is on the right. Now she has the pen to herself. She turned around and wanted her picture taken, 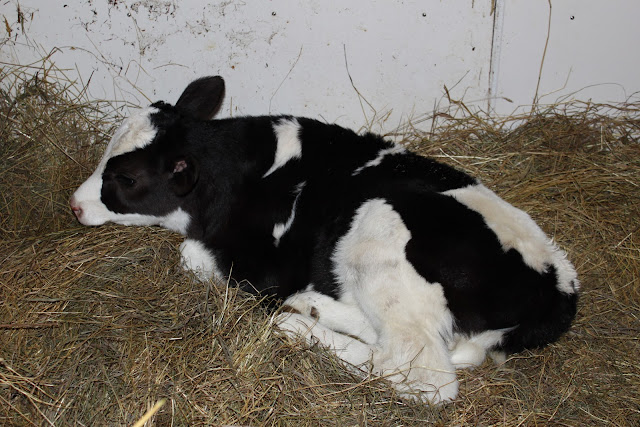 I had to make a bed for the bull that was born yesterday morning by putting some barricade in a corner to keep him from wandering. I'm not showing the barricade here, only the bull calf.

I used a small wagon and a sheet of plywood as a gate and lots of hay on the floor and he slept there most of the day. 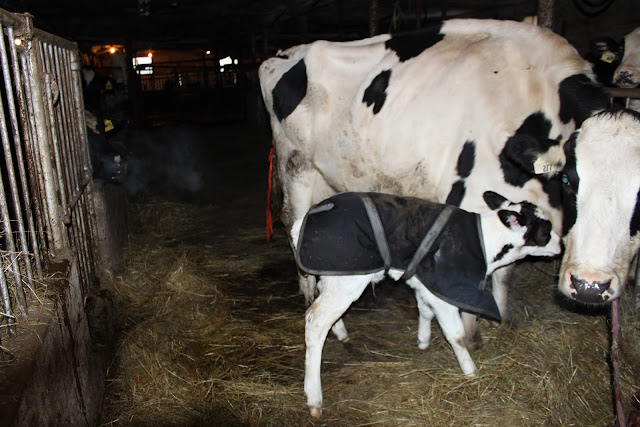 Then the other one I had to put hay in the alleyway and keep her mother there with her until we had a place to put her.  The newborn was shivering so I put a calf jacket to keep her warm. In no time the mother had made a mess and more hay was needed to keep the calf clean.

The buyer came this afternoon and took three bull calves and again tomorrow another bull calf will go.  So I will have a vacancy, until the other cow calves.

Whenever we have a cow in the alleyway, she makes a terrible mess on the floor. Everything has been cleaned up and the babies all have been fed and put to in their own bed for the night, the rest of the big calves and the cows in the calving pens also were looked after. 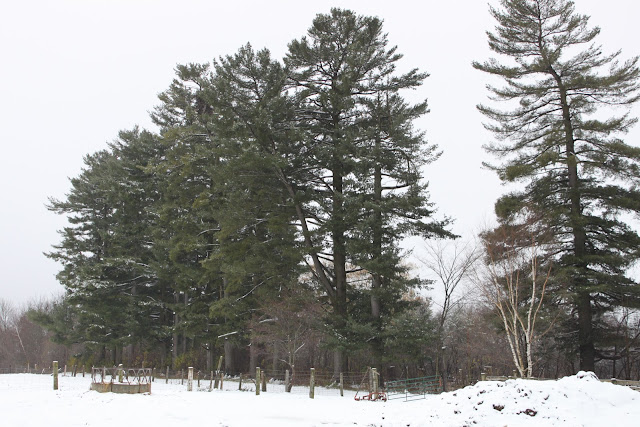 Today has been overcast and gray but mild and it started to rain this afternoon and it's still raining. These are old pine trees in the lane where a pair of eagles lives by our farm. 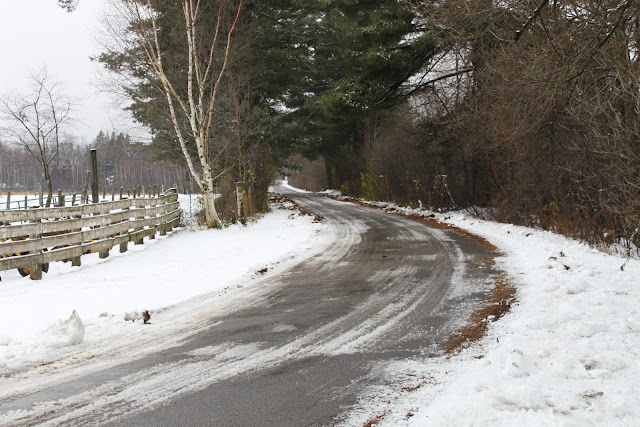 Here is the lane that goes up to the main road.  In the summer there is a tunnel effect with all the tree branches on each side.  It looks very pretty.

Now the day is coming to the end and I realize that I am exactly where I should be at this particular moment in time because God called me to this place.   Stay safe everyone.  JB
Posted by Julia at 8:48 PM 3 comments