WHEN THEY'RE GONE, THE'RE GONE UNTIL NEXT YEAR

This is the time of year when you can buy this imported Italian Specialty cake called Panettone.  It also mean that Christmas is not that far away. The shipment arrives in early November and when it's gone, it's gone until next year. Every year as soon as my daughter gives me the signal that they've arrived, I scoot to the Super Store down town and buy enough to make me it until Christmas.
It's a cross between a sweet bread and a cake and almost feel like an angel food cake. It has raisin and sweet dried fruits. It's very rich so you don't need much to satisfy. It keeps for a long time but I put the extra in the freezer and take it out when I need some. It's very nice to serve in small pieces at a dinner party along with the sweets.
I have several recipes for Panettone and have made it myself in a large coffee can lined with greased papers but I just buy it when it's available since I really don't have extra time to be bothered.  However I would like to fine a couple of Panettone pans because  some day I would like to make my own.  My oldest daughter may be able to fine some for me as she goes to Italy quite often. I've never thought to ask her. 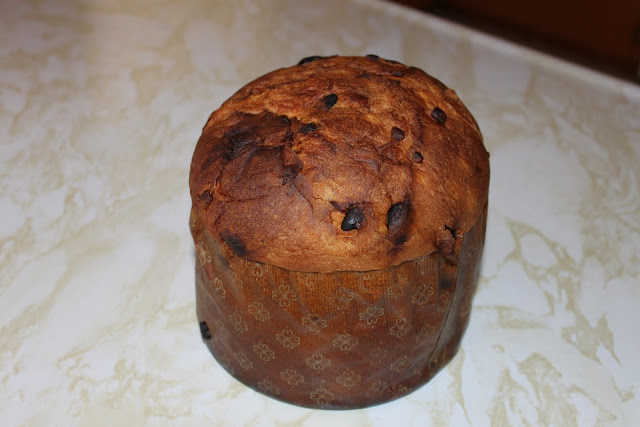 This is the brand I like, Naviglio. I've tried another brand but did not liked it as much. 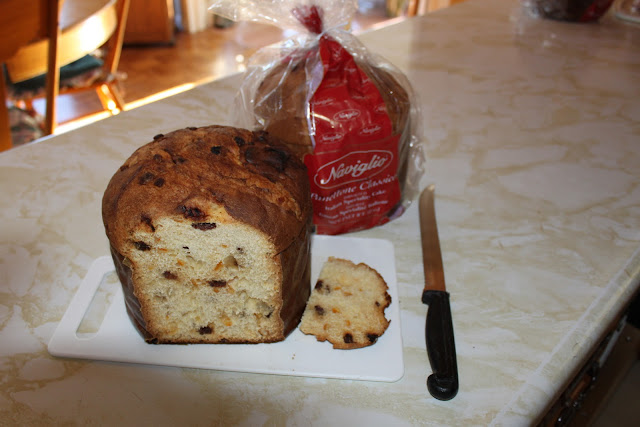 I had a half a slice for desert for supper and now I'm having a nice glass of red wine.

Thanks for stopping by and leaving a comment.  JB
Posted by Julia at 7:20 PM 7 comments